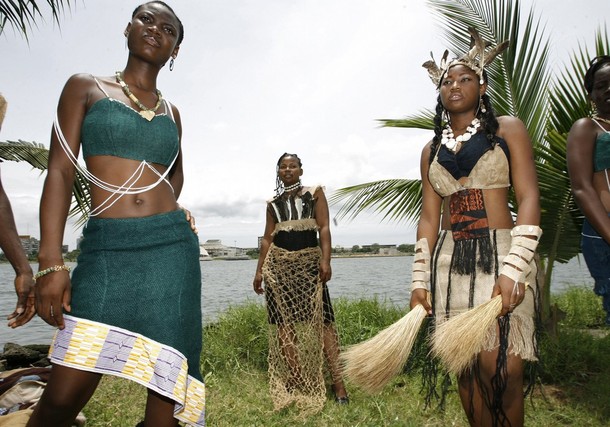 Here in India, I often read newspaper announcements made by Governments both at local and state levels, about the terrible impact on environment made by the plastic bags trashed or thrown away by the people and the steps they are planning to tackle the menace. However, it is a common experience that these announcements mostly remain on paper and plastic bags continue to be used. The local municipality in my home town Pune, has banned very thin plastic bags. There has been some improvement in the situation since the ban and many people now carry their own cloth bags to the shops, like old times. 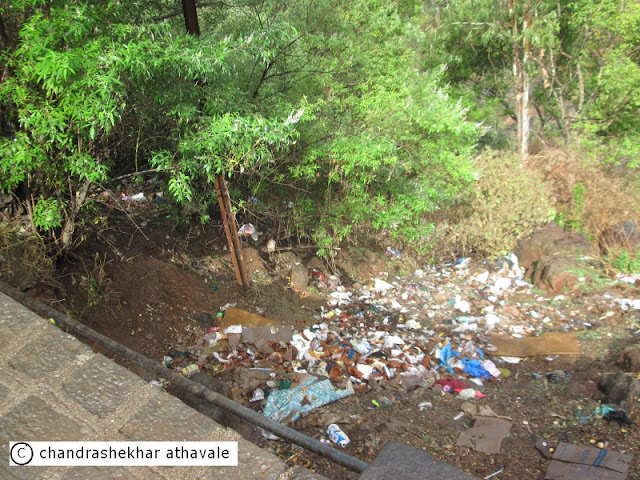 About 2 months back, I made a short day trip to one of the rock cut Buddhist temples, located about 50 KM from my home town. The temple is situated on a hill and one needs to climb number of paved steps to reach it. Over this entire stretch of paved steps, small shops selling flowers, sweetmeats, curios are lined up on both sides of the steps. From the amount of plastic garbage, like bags, bottles, dishes, cups and glasses that has been thrown down the hill slopes around, they appear to be doing good business. For me, that climb uphill was such a nauseating and obnoxious experience that I would never ever recommend it to anyone.

I would think that the plastic garbage, we generate, is essentially of three types. In the first type, we have plastic items like bottles, plates, glasses, cups, which can be easily recycled. The other type consists of thin plastic bags. Which can not be recycled at all. It is obvious that production of such thin bags has to be banned and this ban should be strictly implemented. There is a third type of plastic garbage, which consists of thick gauge plastic pouches used for packing of oil, ghee and milk. These bags can be recycled but collection is rather tricky. When the contents of these bags are poured out and they become empty, some traces of poured out contents like oil or milk always adhere to the insides of the bag. It would be a very tedious job to clean these bags and would need some expensive detergents to effectively clean them. Exactly for these reasons, thick plastic bags are rarely cleaned and just thrown in the garbage. Similar is the case of new type of Jute or Gunny sacs, which these days come with a plastic lining to avoid pilferage and wastage. These sacks have become quite popular for obvious advantages, but get thrown in garbage after use. From user point of view both these items; the milk pouches and plastic lined gunny sacks are the best alternative and have no other suitable replacement available. It is therefore difficult to prevent their wide spread and growing use, which is refueling growth of an environment hazard.

The garbage problem created from milk or oil pouches and plastic lined gunny sacks is not something unique for India. In fact, almost all countries and particularly developing countries, are facing this menace because of the lack of an effective garbage disposal mechanism. In India, potable drinking water is sold in “PET” bottles. In the African country of Ghana, such drinking water is sold in plastic pouches. One can commonly see vendors sitting on roadsides with wicker baskets full of plastic pouches containing water. The thirsty travellers , purchase these pouches, quench their thirst and invariably throw away the pouches on the road sides. In Ghana's capital Accara, 3 Million inhabitants manage to generate so much garbage from these plastic pouches that at least 80% of the total plastic garbage consists of these plastic pouches. The present estimates suggest that not more than 5 % of these pouches only are recycled.

Stewart Gold, an inhabitant of Accara and his partner had a bright thought one day that if they could come out with some product with the trashed plastic pouches, they might hit the jackpot and started making efforts. After a short while, they came out products like Purses, School Bags and Tote bags made from trashed plastic pouches. They formed a company, which they call as “Trashy Bags” and started producing these items. The venture has become a success story with about 60 people employed now by them. In addition to the employees the company has contracted many rag pickers with an assignment to collect plastic pouches from road sides. In last 2 years, this company has collected at least 10 Million plastic pouches from streets of Accara. A bag, which the company calls as “smart bag” and used for carrying grocery items is being sold for US$ 11. Company wants to export this fashion bag to US and hope that if they succeed in this venture, they would be able to clear Accara's garbage in a major way.

Another country from Africa, which is trying to tackle this plastic garbage problem in an innovative manner is Ivory Coast. This country is the top chocolate maker country in the world. It is natural that the basic ingredient for chocolates or cocoa seeds are imported here in quantities of Millions of tons. These Cocoa seeds are usually packed in gunny sacks and such sacks is the largest single component of the garbage in this country. Abidjan, the capital of Ivory Coast is a very busy port and for that reason is facing a garbage menace created by the gunny bags. Treichville is a small suburb of Abidjan. In this suburb, there is a small shop known as “Mei Designs” owned by Ms. Maimouna Camara Gomet, who has graduated with clothes making and Fashion designs as her principle subjects. Ms. Gommet first created in 2003 her latest fashioned ensembles entirely made out of discarded gunny bags. She presented her clothes for the first time in a fashion contest held in Divo city in Ivory Coast and never looked back since then.


I have given these two examples just to highlight the fact that with innovative approach to design, it is certainly possible to create out of garbage, products that can be liked and used by customers. If some creative person in India, takes up the cause and creates some products, which are acceptable to consumers, a day might arrive, where we would have no plastic garbage.

Hope is eternal. Isn't it?