Genie in a bottle (or in a Can)

A standard feature of any school going kid today is the plastic water bottle, either hung from his shoulder or popping out from a pocket of his already over bulging school bag. This water bottle in reality, indicates the ardent desire of parents that the kids shouldn’t drink water, which is not purified either by boiling over a stove or filtered through a membrane filter or passed through an ultra violet light ray. This water bottle always reminds me of my school days when to quench our thirst, all that the school had done was to provide a brick and cement tank with seven or eight faucets jutting out from all sides. We were supposed to put our mouths to the faucets and gulp down the water. Tiles made from stone, were fixed below these faucets and due to continuous presence of water, had turned blackish green, because of the growth of moss and mold. Even though, I do not recollect having contacted any communicable diseases in spite of this not being very health promoting school arrangement for drinking water. I would still prefer any day, the present water bottles which are far more conducive to good health. These plastic water bottles are also available in a range of such fascinating colours, shapes and designs. It is no wonder that the kids find them irresistible. Many water bottles have a straw built in them and stickers of pet cartoon characters such as Micky, Donald, Tom or Dora stuck on the outside. The attractive looks of these bottles makes it sure that the basic objective of making the kids drink water from these bottles instead of some other source is fulfilled. 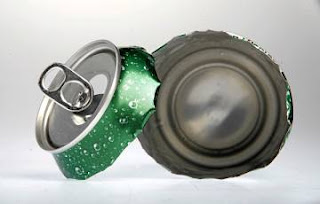 Another product which has become extremely popular is the aluminum can used for packing of soda’s or fruit juices. Another variation is the tetra-pack where the container is made from paper with layers of metal foil and plastic embedded. It has become so convenient and stylish to have a drink from these containers. Whenever you feel like have a drink, just pop open the can and the drink is available to you. After you finish, just throw away the can in garbage. 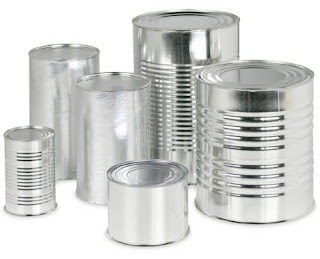 Unfortunately, new research findings carried out in England and United States indicate that in fact a Genie is hiding in these beautiful plastic bottles and cans from where, we and our kids drink water or fruit juices. This Genie is known as Bisphenol A. or in short, BPA. This is a chemical, which is spread on inside surfaces of all these plastic bottles and cans to give a certain stiffness to the container so that it would not be crumpled while handling. What is worst is that this Genie is not at all of a benevolent character but actually harms us badly. A US government national nutrition survey carried out in the year 2006 has found that high traces of Bisphenol A. are found in the urine samples of people suffering from cardiac diseases. Recently, A team led by Dr. David Melzer, the professor of epidemiology and public health in the Peninsula Medical School located in Exeter, England, have carried out a study about effects of this chemical. They studied the data from 1493 persons in the age group of 18 to 74. Their study clearly shows a relationship between Bisphenol A. and cardiac diseases. What is alarming is that this study also found that this chemical plays a role also in Diabetes and some liver diseases. According to new study, 60 year old males with high amount of Bisphenol A. in their urine, have at least 45 per cent greater chance of getting cardiovascular diseases than men of same age with lower exposure to this chemical. Bisphenol A. is a man made chemical and is not found anywhere in nature. The effects of this chemical on the reproductive systems have been extensively studied before. However, the effects of this chemical on heart and liver have been studied for the first time. Canadian Public Health Department has already declared this chemical as poisonous and dangerous to human health. Use of Bisphenil A. has been stopped in the sippers and milk bottles made for the infants and the babies. Urine samples from majority of Americans show traces of BPA to some extent. Even in cord blood samples of new born babies, traces of BPA have been found. American FDA has not been able to ban this chemical so far due to intense lobbying by the manufacturers of this chemical. However this may happen in 2010.
In some health conscious countries such as Singapore, BPA free plastic bottles are already available. About use on BPA in Aluminum cans, no manufacturer has yet come out with BPA free cans as yet. In India, there appears to be total ignorance about use of BPA. No one really knows whether products such as plastic bottles used by kids or infants or even Aluminum cans or Tetra-Pack packages are free from BPA. This is most alarming.
at 8:58 AM