A bestseller story of fiction; yet it happens to be true! 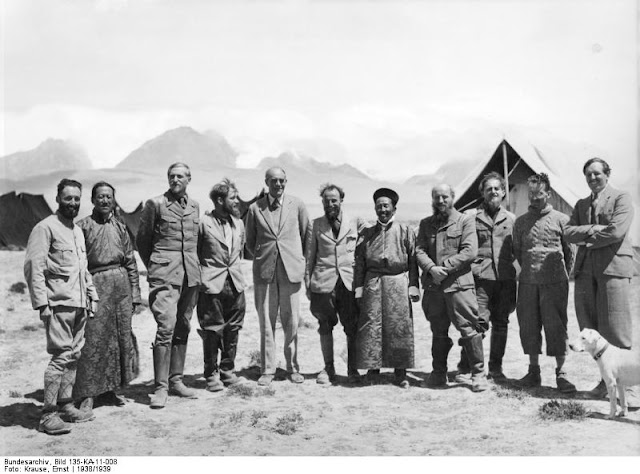 The year was 1938. A German zoologist Ernst Schäfer was planning a scientific expedition to Tibet. Schäfer was then a famous scientist in Germany and was extremely well connected with the Nazi bigwigs, who ruled Germany at that time. For Schäfer, this was to be a purely scientific expedition funded by the German Industry to further his investigations into the wildlife and anthropology of Tibet. He wished that his expedition should be under the patronage of the cultural department of the foreign affairs ministry of Nazi Germany or German Research Foundation. Heinrich Himmler, head of Schutzstaffel or SS, was fascinated by Asian mysticism and therefore agreed to send such an expedition under the auspices of the SS Ancestral Heritage Society. Himmler however wanted that Schäfer perform research based on Hans Hörbiger’s pseudo-scientific theory of Glacial Cosmogony. This was a bizarre theory that suggested that ice was the foundational substance of all cosmic processes. Schäfer did not agree to this at all and as a result SS Ancestral Heritage Society refused to sponsor the expedition. Finally Himmler accepted the expedition to be organized on the condition that all its members became members of the dreaded Schutzstaffel or SS. In order to succeed in his expedition, Schäfer had to compromise and the expedition was called as SS Tibet Expedition with Heinrich Himmler as its patron and all five members of the team became officers in the SS. 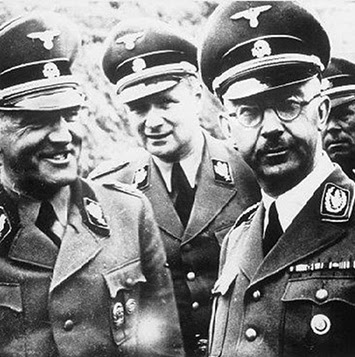 The expedition encountered difficulties from very start. Originally Schäfer had plans to use the Yangtze River to reach Tibet. However Japan's invasion of Manchuria in China had closed this route. Schäfer then asked London to seek permission to travel through India, but was turned down by the British government as war clouds were gathering over Europe. Schäfer then asked Himmler for permission to simply arrive in India and try to force his way into Tibet. Himmler agreed with this plan and name of expedition was changed with deletion of alphabets SS from it. After the German team arrived in Kolkata, India, German foreign office maneuvered somehow and managed to get permissions for Schäfer' team to enter Sikkim, a protectorate of India. From Sikkim, travelling along the Teesta river valley, German team finally succeeded to reach Tibet. Surprisingly, the team was refused entry into Tibet by the Tibetan council of ministers. Finally in December 1938, they invited Schäfer and his team to Tibet, but forbade them from killing any animals during their stay, citing religious concerns.

After spending more than two months in Lhasa, the team returned back to Germany via Kolkata and Baghdad. The team brought back with them a wealth of information of Zoological and Anthropological interest in form of 20,000 black-and-white photographs, 2,000 colour photographs, 17 head casts and the measurements of 376 people of Tibetan race. Specimens of three breeds of Tibetan dogs, rare feline species, wolves, badgers, foxes, animal and bird skins, and the seeds for 1,600 types of barley, 700 varieties of wheat, 700 varieties of oats and hundreds of other types of seeds. The team was given a Tibetan mastiff, a gold coin and the robe of a lama to be gifted to Adolf Hitler.

The Nazi masters of Germany had no interest at all in any of these exploits of Schäfer's team. What delighted their hearts was a 10.6 kilogram, Buddhist statue because it had a big Swastika motif adorned on its chest. The statue was nicknamed as "iron-man." This statue proved the theories of Aryan supremacy and would serve as excellent propaganda tool. Perhaps it made no difference to the Nazi's that the the Swastika motif on this Tibetan statue was drawn in left facing or the Hindu or Buddhist styles. 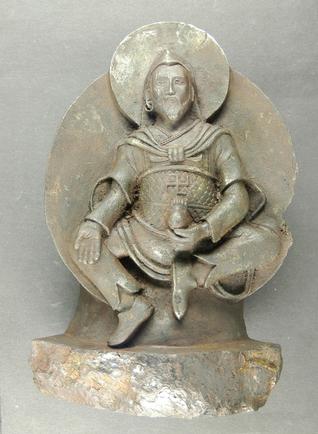 The Swastika motif has been discovered even in Indus valley excavations and has Neolithic period origins. Hinduisms and Buddhism consider it as symbol of Good luck or a sign that connects with the God. On the other hand, Nazi's used the inverted Swastika as a symbol for Aryanism, anti-semitism, and perpetual forward momentum. It however became the universal symbol for hate and intolerance later, a complete inverse of its original meaning.

The whereabouts of the statue became unknown after the war and it resurfaced in 2007, when the owner died and it came up for auction. Initially some people thought that the statue is of a Buddhist deity. However, Buddhist scriptures like Brahmāyu Sutta of the Majjhima Nikāya describe in details the characteristics of figures of Buddha and other deities are to be drawn or sculptures. This statue actually looked like that of a warrior king. Elmar Buchner of the University of Stuttgart says that the statue is at least 1000 years old and appears to be that of the King, supposed to be guarding the North direction or that of “Vaisravana.” 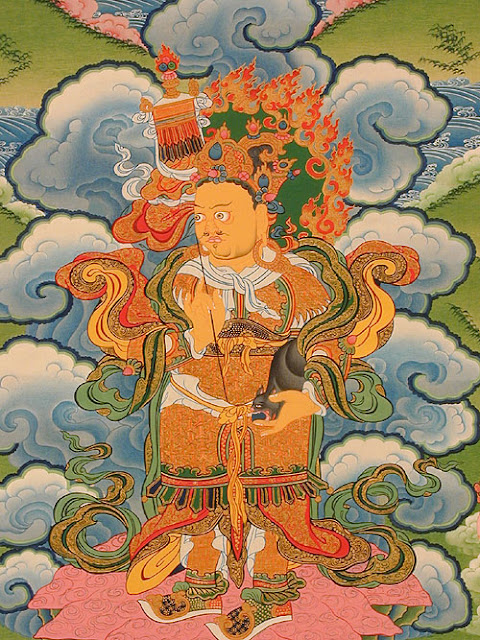 This character in Buddhist scriptures, is founded upon the Hindu deity Kubera,yet they have different functions and associated myths. In Buddhist traditions, Vaiśravaṇa is the guardian of the northern direction, and his home is in the northern quadrant of the topmost tier of the lower half of Mount Sumeru. He is the leader of all the yakṣas who dwell on the Sumeru's slopes.

Leaving aside the religious myths, perhaps the most amazing aspect of this statue is its composition. German and Austrian scientists were able to get permission from its new owner, to conduct a chemical analysis of the material used to sculpture this statue. They were surprised to find that the rock from which this statue was sculptured had an abnormally high Nickel content. Mr. Qing-Zhu Yin, a researcher in geology at the University of California, Davis, says that “No terrestrial artefact would generally contain that much nickel content.” The rock, from which this statue is sculptured, has to be extra terrestrial. Scientist now agree that this rock must have came from the Chinga meteorite, which crashed in the area of what is now the Russian and Mongolian border around 15,000 years ago.

What an amazing sequence of events. A meteorite crashes on earth. From the rock, a statue is sculptured 1000 years ago. A Nazi German expedition discovers it and Nazi's endear it because of the large Swastika and then it is lost. It resurfaces only in 2007 and the chain of events over all thee years, fit to be in an Indiana Jones film, are known only now. I am missing just few things here, some kind of magical powers or a curse of the statue and off course a British or an American Hero and a beautiful Heroine, who snatch away the statue at the last moment from the bad people and restore it back to its original place in Tibet. That would make it a perfect and great story of fiction, an all time bestseller.