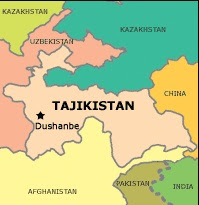 Afghanistan's national hero, Ahmad Shah Massoud, nicknamed as Lion of Panjshir, was a military leader who played a leading role in driving the Soviet army out of Afghanistan. During dark days of Taliban rule in 1996, Massoud returned to the role of an armed opposition leader, serving as the military commander of the United Islamic Front for the Salvation of Afghanistan (known previously as the Northern Alliance) and never allowed the Taliban forces to enter Panjshir valley in Afghanistan. 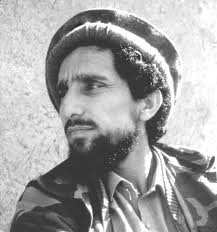 On September 9, 2001, two days before the 9/11 attacks in the US, Massoud was attacked in a suicidal bomb blast in Takhar Province of Afghanistan by two Tunisian Arabs, suspected to be al-Qaeda agents. The assassins claimed to want to interview Massoud and then, while asking Massoud questions, set off a bomb in the camera, wounding Massoud. Not many people may be aware, where mortally wounded Massoud was taken to. He was immediately rushed to a Helicopter and was flown to Farkhor military hospital set up by India and located inside Tajikistan, about 25 KM from Afghanistan-Tajikistan Border. Unfortunately Massoud was so severely injured that he could not be saved and Afghanistan lost one of its bravest sons. 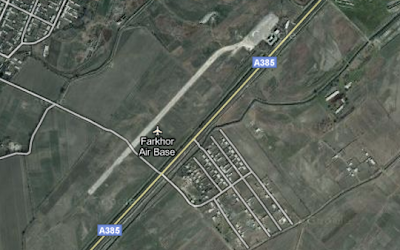 Indian military had opened this 25-bed hospital at the base at Farkhor in 2001 itself to treat Afghan Northern Alliance soldiers injured in fighting with the Taliban. Later as Northern Alliance forces moved southwards in Afghanistan defeating Taliban on the way, The Indian military hospital unit was also moved relocated inside Afghanistan. Tajikistan had offered the Farkhor facility later to US after 9/11 but US was not much interested. Tajikistan has been a familiar place for Indian military personnel, who have been stationed there in Farkhor to upgrade the air base there.
As forces of US and other European nations prepare to leave Afghanistan in 2014, there is a new sense of awareness in neighbouring countries about the likely scenario that would emerge. It is therefore no surprise that India has decided to revive its only overseas military base in Farkhor, Tajikistan. Ever since Soviet Union exited from Central Asia, about 20 years ago, major powers have been trying to establish themselves in the region. India has tried to pursue ventures by Indian companies in Tajikistan to increase India's footprint in the region, but the results have not been very encouraging. It is becoming clear that New Delhi seems to have come to a conclusion that it would have to use its own muscle to project its strategic presence in Central Asia.
India tried a totally different approach to enter Afghanistan again after end of Taliban region. It took up humanitarian projects all over Afghanistan and much to chagrin of Pakistan, has managed to enhance and create a friendly image of herself in minds of ordinary Afghan people ably assisted by the magical powers of Bollywood and its film music.
It appears now that India wants to repeat this effort in central Asia by doing things in a different way. The efforts include setting up of trauma centers by private hospital chains in key cities of region, setting up of an India-Central Asia university in Bishkek (Tajikistan). An e-information technology network and start broadcast of Bollywood films dubbed in Russian all over central Asia. Tucked in this somewhere deep inside, are also the plans for the revival of the Farkhor airbase in Tajikistan and the upgrading of the defense relationship with Dushanbe. 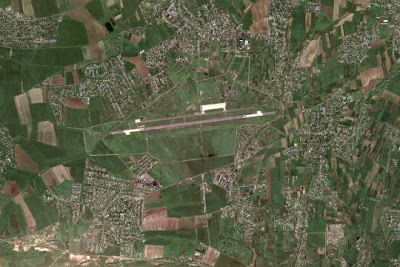 The efforts seem to have fructified now. During the visit of the Tajikistan president to India, both countries, after tacitly admitting that the bilateral relations, particularly in defense and security cooperation have become broad based, have decided of taking there relationships to strategic partnership level. There is also an agreement over establishment of a Friendship hospital somewhere deeper in Tajikistan. 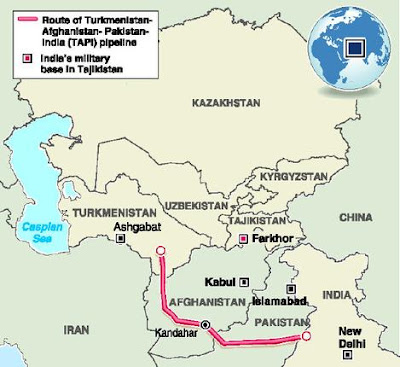 Whatever this political statement means in terms of ground realities, we may not know now. But it becomes obvious that establishment of an Indian air base in Tajikistan either at Farkhor or at Ayni near Dushambe seems to have been agreed upon. The Tajik side's expressed gratitude for India’s assistance in defense capacity building and infrastructure and welcoming New Delhi’s contribution in such strategic sectors of cooperation seems to be the key in this respect.
This is a welcome news no doubt. After India's forays in East Asia to extend its soft power, Central Asia seems to be the natural next step.
5 September 2012
at 8:52 AM