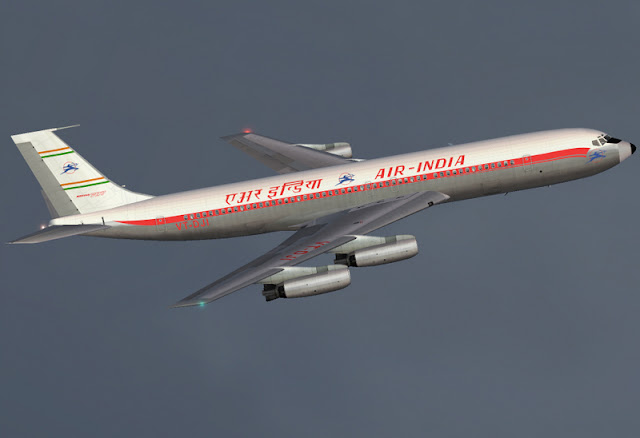 The night was still warm in Mumbai when 105 passengers bound for New York, boarded an Air India coach at the Santa Cruz airport on that fateful night-day of 23rd-24th January 1966. Not very far from the departure terminal, stood the giant bird, which was going to take them on their long journey to New York. It was the Boeing 707-437 aircraft bearing an identification tag VT-DMN and was named as “Kanchanjunga” after the second tallest Himalayan peak and literally meant a river of gold. The aircraft had first flown on 5 April 1961 and was delivered new to Air India on 25 May 1961. It had just done a total of 16188 hours. Passengers looked forward to a pleasant and comfortable journey as they were travelling by Air India and those ware the golden years for Air India, known for its service and comforts, all over the world. 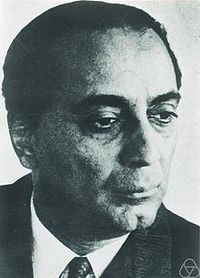 Passengers were welcomed on board by smiling saree clad Air India hostesses, who made them comfortable on board. Soon a VIP joined them. He was the famous atomic scientist of India, Dr. Homi Jehangir Bhabha. He was an Indian nuclear physicist, founding director, and professor of physics at the Tata Institute of Fundamental Research. He was colloquially known as the "father of Indian nuclear programme." Bhabha was the founding director of two well-known research institutions, namely the Tata Institute of Fundamental Research (TIFR) and the Trombay Atomic Energy Establishment (now named after him); both sites were the cornerstone of Indian development of nuclear weapons which Bhabha also supervised as its director.

The aircraft touched down later in the night at Delhi, shivering on a wintry night, before it took off for Beirut, where it made another scheduled stop. As the plane took off from Beirut, the pilot found out that one of the VOR's on board (VHF omnidirectional radio range) was not serviceable. He kept this in his mind. VOR is a type of short-range radio navigation system for aircraft, enabling aircraft to determine their position and stay on course by receiving radio signals transmitted by a network of fixed ground radio beacons, with a receiver unit. It is the standard air navigational system in the world, used by both commercial and general aviation even today. There are about 3000 VOR stations around the world.
It was early morning of 24th January, local time, when Control tower at Geneva, Switzerland, told the pilot that they were at Flight Level 190 and should start descent for Geneva International Airport after they had passed Mont Blanc. Soon Pilot announced to the passengers, that they have crossed the highest peak in the Swiss Alps, known as Mont Blanc, and the aircraft started its descent towards Geneva International Airport. Over next few seconds, all hell broke loose and Air India flight 101, bound for New York, just disappeared from Radar screens into oblivion. 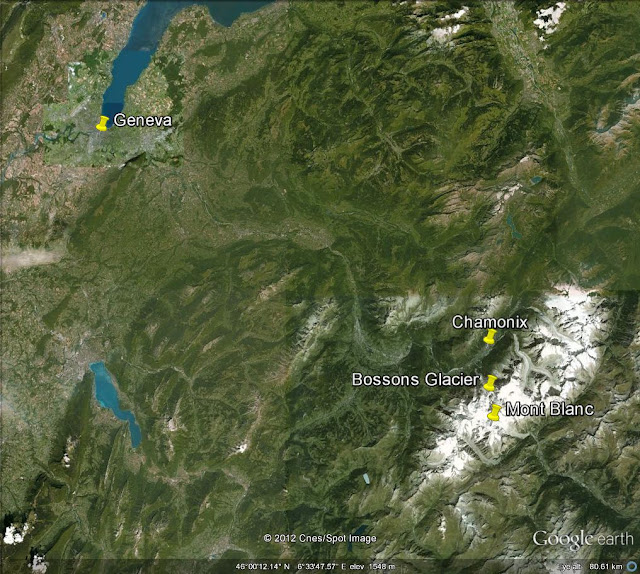 It was found later, that the pilot had made a wrong judgment that they have crossed the Mont Blanc ridge and actually were still on the southwest side of the ridge, when he started his descent. Since one of the VOR receivers was not serviceable, he perhaps misjudged his own position and started his descent even before crossing the Mont Blanc ridge. The aircraft crashed into the Glacier des Bossons (Bossons Glacier) on the southwest face of Mont Blanc in France at an elevation of 4,750 metres (15,584 ft). All 106 passengers and 11 crew were killed instantly.

Crash investigators later found out that the pilot-in-command, who knew on leaving Beirut, that one of the VORs was unserviceable, naturally miscalculated his position in relation to Mont Blanc and while reporting his own estimate of the aircraft position to the controller; had told the radar controller that his calculation may be erroneous because of the defective VOR. Geneva control tower had noted the error, determined the correct position of the aircraft and passed a communication to the aircraft which, control tower believed, would enable the pilot to correct its position. Unfortunately, the exact phraseology used by Control tower was not sufficiently precise and the correction was mis-understood by the pilot.

Bits of wreckage of the crashed Boeing aircraft still remain at the crash site on Glacier des Bossons. In 2008, a climber had found some Indian newspapers dated 23 January 1966. Then in August 2012, a mountain rescue worker, Arnaud Christmann was told by some tourists that they had seen something shining on the Bossons glacier. Next day, he and his neighbour went up the mountain in search of, what they hoped would be some shining diamonds or at least a few gold ingots, They however, found only bits of pieces of an aircraft cabin and things like a shoe, cables. Mr. Christmann describes the crash site as a real garbage dump. 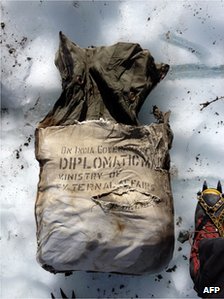 While returning, he saw a jute bag sitting as if someone had just placed it there. The bag had markings saying "Diplomatic mail" and "Ministry of External Affairs", as the foreign ministry is called in India. Christmann says jokingly that Instead of gold ingots all they got was some soaking wet mail and Indian newspapers dated 23 January 1966. He says that it's not the sort of thing you find very often in the mountains: the mail from India is going to arrive 46 years late. The bag is now in the hands of the police in the town of Chamonix at the base of the mountain. Indian embassy in Paris would now try and recover this bag.

New information received, indicates that the bag contained no diplomatic papers but Air India calendars and newspapers, including copies of the newspaper from Madras; The Hindu, then priced at just 13 paise and  Dated January 21, 1966 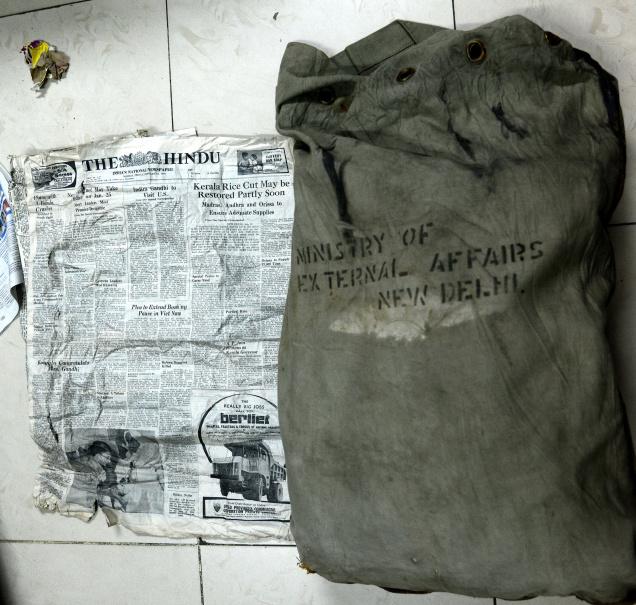 January 1966 was a very tumultous period in India's history as a war with Pakistan was just over with signing of the Tashkent Agreement of 10th January 1966. Then ruling Prime Minister of India, Mr. Lal Bahadur Shastri had died the following day, still in Tashkent, of a heart attack. Gulzarilal Nanda had once again assumed the role of Acting Prime Minister.

And on 24th January 1966 or on very same day when Air India's Big Bird “Kanchanjunga” disappeared on the Mont Blanc ridge. Indira Gandhi was sworn in as the New Prime Minister of India. What a coincidence that a political career that had a stormy end on 31 October 1984 also had such a stormy beginning.