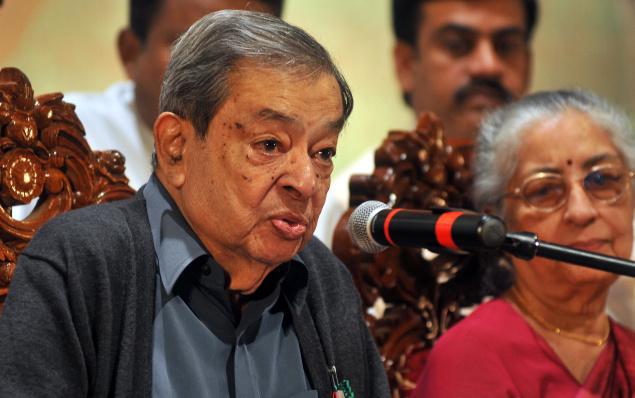 When I was a kid, Cheese was a fairly uncommon eatable. No one made cheese in India. Once in a while, my mother used to buy a can of cheese from the local druggist shops. These usually came from Australia and made by a company called Krafts. I somehow just loved the taste then. Few years ago, I had an occasion to taste again, Kraft processed Cheese in US. Surprisingly, I did not like the taste at all. I felt it was different and very much unlike real Cheese. My Cheese standards had all changed in the meantime, due to just one man and the brand he built, “Amul.”
Something similar happened for milk. In my kiddy days, a milkman daily delivered milk to us. I still remember him coming with his bicycle with huge cans of milk attached to the handles. The quality of milk used to vary and there used to be no consistency. Almost every alternate day, my mother would have a big argument with the milkman, but the quality of milk never improved. Later, when I set up my own house, milk had already become a rarest commodity and I had somehow managed to get a quota of milk from the local Government dairy. I still remember the powdery taste of that milk with a yellowish layer of butter oil floating on top. It used to be called as standardized milk and was made from milk powder mixed with water and butter oil. This was no substitute for real milk but it did the job alright. 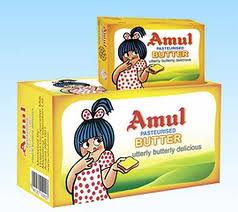 Things somehow changed in 1980's or 90's and India became milk surplus nation. The quality of milk improved dramatically. How did it happen? Just like the Green revolution, which converted India's deficient grain production to surpluses, a white revolution changed milk deficient India to a milk surplus state and just like Nobel laureate Norman E Borlaug, who along with farmers of Punjab and Haryana, brought in green revolution for India, a humble man from Kerala state brought in white revolution in India with the help of farmers in Gujarat state. His name was Verghese Kurien.
Today, in 2012, India is the world's largest producer of milk. Over 10 million farmers across the country at 200 dairies, produce over 20 million litres of milk a day. Milk production in India today contributes six per cent to the national GDP and 26 per cent to the agricultural GDP. However, it all began when Verghese Kurien left a lucrative job in 1949 to join a small-time dairy cooperative in Anand, Gujarat state. He was just 28 then. At that time, the cooperative he joined, used to collect just a few hundred litres of milk every day. In 2006, when Kurien handed over his job to his predecessor, the Amul brand was selling over 9 Million litres of milk every day. How did this happen?
When Kurien had joined the Anand co-operative, the milk collected by the co-operative was too small and hence they could not access the big markets of Mumbai. Local markets were too small for any substantial growth of milk collection. Kurien's Anand Pattern emphasized keeping cattle in the hinterland and transporting milk to cities by farmer cooperatives, rather than transporting cattle as well as fodder to cities as was being done at that time. A note published by Amul themselves explains the Anand pattern as follows.
“Under the Anand Pattern structure, individual farmers are joined in village-level dairy cooperative societies (DCS), which are joined to form district-level unions, which in turn are joined in state-level marketing federations. In each state, the Anand Pattern features:
decentralized milk production by the small milk producers;
milk procurement by the village-level dairy cooperative societies;
centralized milk processing by the district-level unions; and
marketing of milk and milk products by the state-level federation.
The primary milk producers democratically govern this entire federal cooperative structure to ensure that the higher-tier organizations serve the purpose of the lower levels and that the gains at all levels flow back to the milk producers in significant measure. The core feature of the Anand Pattern model is farmer control of the three stages following production, that is, procurement, processing, and marketing of milk and milk products. The value added at the procurement and processing stages can be realized by the cooperatives only through control over marketing, which is therefore an essential requirement for success.” 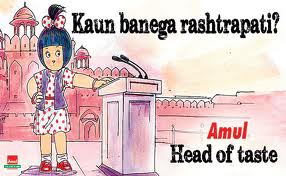 This pattern proved to be unique in the world because of the total control, the co-operative federation had over marketing. In fact, Amul's marketing arm and Brand image is so strong in India that they are the market leaders at the national level. In 1960's Amul created with help of Sylvester daCunha, chairman of daCunha Communications, a little moppet in a red polka dotted dress, who has become over the years synonymous with honesty, purity and subtlety. Representing the minds of the ordinary people of India, she rises to every occasion, be it new cricketing records, politician's scams and scandals or controversial foreign policies, with a tongue-in-cheek humour and attitude. I can recollect that even in 1975, when Prime minister Indira Gandhi had imposed a national emergency on India, no authority had guts to stop Amul Girl from making her witty comments. Amul has not only given to India milk and butter but it has also taught Indians to laugh at themselves. 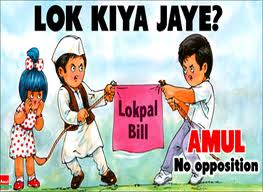 Anand pattern was replicated over the national level in 1970 by Nantional Dairy Development corporation, under chairmanship of Kurien again. This operation, known as “Operation Flood” has brought about the real white revolution in India. He also tried to adopt this pattern for production and distribution of cooking oils. Today, Amul's “Dhara” brand happens to be the national brand for packaged cooking oil. He also set up at Anand, the Institute of Rural Management, which has produced some of the best brains working on rural development and remains a unique institution. Kurien was a socialist and never liked the concept of globalization.
His death at a ripe age of 90, is a huge national loss for India. I would like to pay homage to him and remember him in the words of Norman E Borlaug as, "one of world's great agricultural leaders of this century.”
11 September 2012
at 8:59 AM