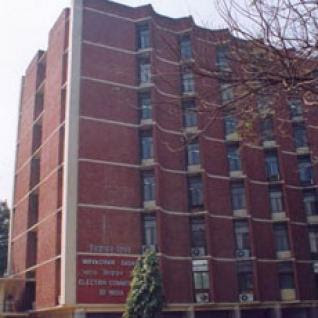 During the decades of 1950 and early 60's, when Pt. Jawaharlal Nehru was prime minister, India was quite pally with Egypt, under rule of Gamal Abdel Nasser. Nehru and Nasser, along with Marshal Tito of Yugoslavia, shared an international group, which was known as Non aligned Movement. Those were the days of great bonhomie between India and Egypt. Indian Government and Government of President Abdul Nasser, collaborated on many joint projects. After the demise of these great leaders, those days of friendship were soon lost. Egypt moved towards Soviet block first and later moved on and became friendly with Americans. The special relationship between India and Egypt evaporated and only formal relations remained.

As democracy grew from strength to strength in India, Egypt was driven deeper and deeper towards autocracy, with successive dictators ruling the country. Last year the Arab spring movement brought first glimmer of hope to Egyptians. As things finally turned out, Egyptians won their battle for democracy and ordinary Egyptians must have heaved a sigh of relief. Regretfully, the problem is not as yet over. Even though ordinary Egyptians like you and me are eagerly looking ahead for a democratic republic of Egypt. In reality, they have just won only a battle, they might still loose the war, if they are not vigilant. To become a true democracy, Egypt must hold a free and fair election to select new leaders, who can rule the country for a fixed period only. The power of selecting these leaders now and also in future, must lie firmly and precisely in the hands of the Egyptian masses.

India's elections are free and fair because there is a statutory independent body known as Election commission of India that entirely controls the election process. Over the years it has evolved requisite hardware and software to facilitate the process. A model code of conduct for the candidates and the Political parties is in place. For any country embarking upon the path of democracy, the expertise of the Election Commission of India can be really very useful. In July 1993, India helped Cambodia in conducting a free and fair election under auspices of United Nations Transitional Authority for Cambodia (UNTAC). While talking to ordinary Cambodian people, I have heard praise for India for this effort. India's Election Commission has set up a school named as India International Institute of Democracy and Election Management (IIDEM), which provides training to officials engaged in elections. Many officials from number of countries across the world have been trained in this institute.

Perhaps realizing that India's expertise in carrying out free and fair elections, could be extremely useful for his country, Egypt’s Secretary General of Supreme Election Committee, Hatem Bagato, has arrived in India for a three-day visit. He will sign an Memorandum of understanding with Chief Election Commissioner of India Mr. V.S. Sampath this week. Mr. Bagato says that this visit is aimed at helping Egypt to establish a functioning democratic system after studying the best practices adopted by other nations during elections. As per this MOU, besides exchange of election management techniques, the Election Commission of India will also support Egypt in building resources of its poll personnel and provide training to them at the (IIDEM). Mr. Hatem Bagato will also discuss with Chief Election Commissioner of India other issues like exchange of ideas and future cooperation in the field of election management between the two nations. 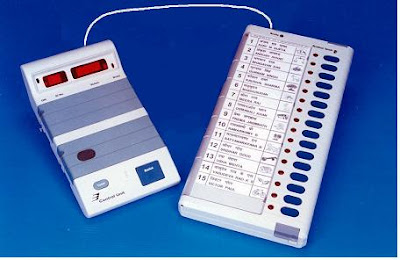 Since 1995, India has been using indigenously developed Electronic Voting Machines or EVM's in all elections. Egypt has evinced a keen interest in these voting machines used in India and wants to study them for use in their country in future elections. An Egyptian polling officer has remarked that “As Egyptian government is keen on introducing Electronic Voting Machine (EVM) during its elections in future, the visit will provide an opportunity to observe one of the advanced and widely practiced systems in the world.”

It seems that Brand India has just got extended from Bollywood, Indian curries, fashions and TV serials. It now also includes conducting free and fair elections.