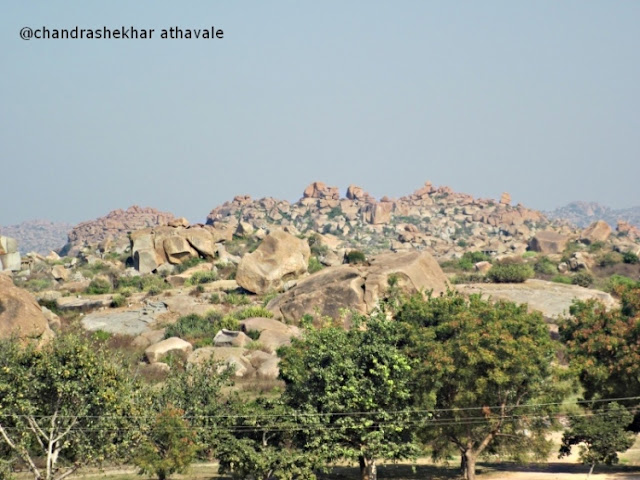 Historically speaking, the first empire that was established on the Deccan plateau around 78 CE, was by Satakarni kings, defeating the ' Saka' feudatory Governor Nahapana's rule. In the later centuries Chalukya, Rashtrakut and Yadav dynasties had ruled the Deccan plateau. In 1294 CE, Delhi ruler Allauddin Khilji defeated the Yadav King Ramdevrai and established Islamic rule in the Deccan. In 1347 CE , Bahmani empire was established on the Deccan and it appeared that the entire Deccan plateau might go under Muslim Kings.
Around this time, or in the year 1336, two Princes, Harihar and Bukka from Sangama dynasty, established an Hindu kingdom on the bank of river Tungabhadra. They built a fabulous capital city for the empire here and named it as 'Vijayanagar' or Victorious city. Vijayanagar empire, without any doubt, delayed the advance of Islamic kingdoms on the Deccan for at least 200 years. In the year 1565, five Islamic Kingdoms came together and defeated Vijayanagar army. This event had great historical importance. 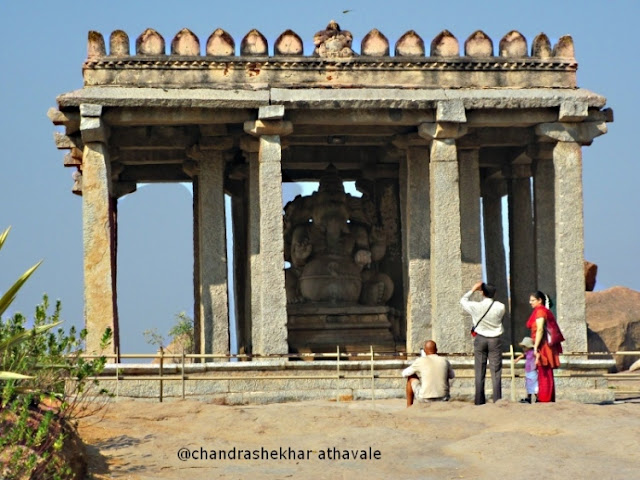 The traces of earlier Hindu kingdoms are still found in the Deccan at many places like Ajantha, Ellora and Doulatabad fort. However nothing can beat the ruins of fabulous city of Vijayanagar on the bank of Tungbhadra river located near a place now known as Hampi. As I have mentioned above, Vijayanagar kingdom was in existance for more than 200 years and was known to be extremely wealthy state. After the defeat of the Vijayanag army, the invading Islamic armies had carried out destruction of this once beautiful city mainly for purpose of searching hidden treasures such as gold and jewels. In spite of the complete destruction, a visitor can still see the signs of original affluence and wealth at almost every step in the city. Actually Hampi ruins are spread over 26 square Kilometers. However most of the really important ruins are located in a centralized area.

Now, almost after 550 years, since Hampi was destroyed by Muslim armies looking for hidden wealth, some criminal minded miscreants, still hoping to find treasures in the ruins, have vandalized a 4 pillared open type brick-and-lime structure or a “mandapa” with crow bars and wooden poles. This ancient Mandapa is situated on the way to Malyavanta temple in Hampi and is popularly known as “Gaali Gopura.”

Hampi is a declared World Heritage monument. The Malyavanta temple and the surrounding area are under the control of the Archaeological Survey of India (ASI). A team of archaeologists is now expected to reach Hampi to study the reasons for the mandapa’s collapse. However the reasons of this vandalizing act are not difficult to find. Recently, round-the-clock patrolling of the area, by teams comprising personnel from the police, ASI, Karnataka State’s archaeology department and the Hampi World Heritage Area Management Authority has been discontinued for no justifiable reason. The culprits perhaps knew this and found it easy to go on their treasure hunt. 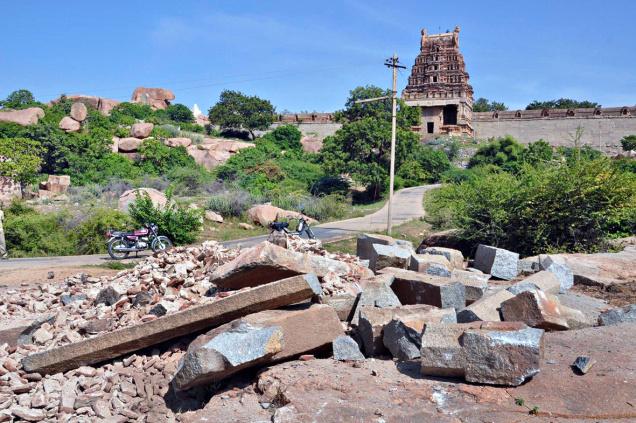 This incidence hopefully is an eye opener for the police and other authorities who are now planing now to secure Hampi monuments and also catch the guilty and bring them to book. ASI also should take immediate steps to rebuild the Mandapa as it was earlier.

For any person like me , who has visited Hampi and remembers and cherishes the beauty of this great city now in ruins, this news is a real shocker and has made me very angry with the lethargy of the security personnel. I can only hope that corrective action would be taken immediately.