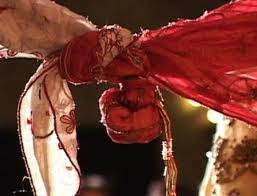 In my home town Pune, such a large number of young people, get married in the month of December each year that I call the month of December as the marriage season. December was not such a popular “Getting married” month till about a decade ago, when people preferred to tie the knot by thousands at the peak of the summer. (In the Hindu rituals for marriage, bridegroom and the bride both wear on their shoulders, a nicely embroidered shawl. One end of Bridegroom's shawl is then tied to one end of the Bride's shawl as a symbol of their future togetherness after marriage.) This peak summer marriage season has apparently shifted to December now-a-days. During winter months, no doubt, the ladies can wear those heavy brocaded saree’s and wear heavy gold jewelery with most comfort and men can shine off in their new 3 piece suits. It is true that a marriage ceremony in Indian winter months, is definitely more enjoyable on any day.
To cut the long story short, last December, I was invited to a marriage. The invitation card itself was elaborate and was designed with such pomp, that it was possible to visualize the wealthiness of both families. The invitation card was in three parts. One for the main marriage ceremony, one for the Mehendi ceremony (another Indian marriage ritual) and the third one looked bit different so it drew my rather close attention. This invitation was a personal invitation from the bridegroom and the bride and it was for a cocktail party, two days prior to the main marriage ceremony. I felt rather odd, that the young couple was inviting friends and relatives of all ages, for a drinks and dance party. Since I was not interested in either of the two, there was no point in my going there. Yet somehow, the invitation remained firmly in my memory. 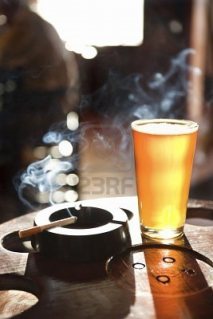 I recollected another incidence that I had observed as a kid sixty years ago. Dr. Shankar Karve, who was a medical practitioner and lived in Mombasa, Africa, was visiting India at that time. Dr. Shankar Karve was the eldest son of one of the great social reformers of India, Dr. D,K, alias Annasaheb Karve. This small incidence happened in the house of Dr. Shankar Karve’s younger brother Dinkar. In the sitting room, number of people, who had come to see India visiting Dr. Shankar Karve, were having a pleasant conversation with him. I was a school going lad then. I was sitting along with one or two other kids in a corner and was just watching the proceedings with wonder and amazement. Dr. Shankar Karve, who must have been in his sixties then, was smoking and was explaining something. All of a sudden he got up and extinguished his cigarette and threw it in the ash tray. When someone near, asked him about it, he invited the attention of that person to a side portico, from where, his father Annasaheb Karve, who must have been in his Nineties then, was slowly walking into the room with a walking stick in his hand.
I feel that above two incidences are at the two ends of a social spectrum. On one side, we have a sixty years old, eminent medical practitioner, extinguishing his cigarette, because it may not look proper to smoke in front of his 90 years old father, and on the other side, we have this young couple in their twenties, inviting friend and relatives of all ages, for a dance and drinks party. I first thought that this great contrast was an indicator of the social changes that are taking place in the Indian society. However after giving some more thought to it, I feel now that it is really the Generation gap and nothing else.
Many questions arise in my mind. How does extinguishing a cigarette really means paying respect to elderly? Or how is it that inviting elderly people for a drinks and dance party, would mean that the younger host is showing disrespect to the elderly. Who decides, which one of these two actions is proper or improper. The new generation, which demands full transparency in all things now, might consider the act of extinguishing a cigarette as sort of Hippocratic behavior or double standards. Similarly if everyone can enjoy and have fun at a drinks and dance party, why not let elders participate in that? In most of the tribal rituals, social drinking is a mandatory ritual. So if it is extended to so called urban societies,what is wrong in that? I can not say that there is any basic fault in this line of thinking. Yet it may be difficult to make people from older generation to accept it. This is the generation gap. Every older generation feels that the things done by the new generation are wrong. These two episodes are just typical examples of this ever widening gap.
This generation gap could be considered as a gulf that shall always divide the young and not so young and would continue to divide forever.
To end, here is a recent episode which I found rather amusing. The other day, I found myself talking with a lady, who was a mother of an eighteen plus daughter and another would be mother in her late twenties. The mother was complaining about the present craze of young girls to be very slim. I expected that the other lady and would be mother in her late twenties, would side up with the eighteen plus daughter. I was wrong. This would be mother, actually started criticizing the behaviour of young girls, showing that she had already climbed to the other side of the gulf. This is how generation gap works and there are no chances that it shall ever end.
at 9:18 AM