From Casino Royale to an Aircraft carrier 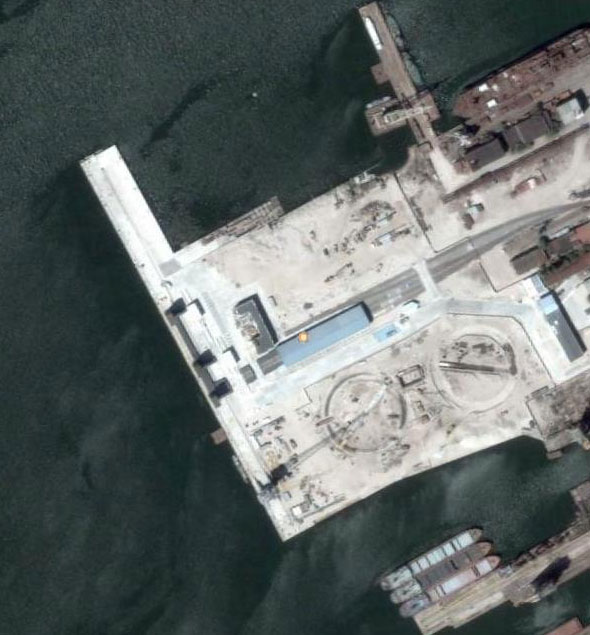 On December 6, 1985, the keel of a new ship was laid down at Shipyard 444 (now known as Nikolayev South Shipyard) by the Navy of the former USSR. This shipyard, near town of Mykolaiv, was the largest shipyard of the Soviet Navy with direct access to Black Sea. Designed by the Nevskoye Planning and Design Bureau, the ship was planned to be a multirole Aircraft carrier of Admiral Kuznetsov class. The unfitted ship was launched in 1988 without any name and was named as “ Varyag” in late 1990 after a famous Russian cruiser of a similar name and looked all set to join USSR's Black sea fleet. “Varyag” was planned to be a 1000 feet long warship with a displacement of 65000 tons. She was planned to be a middleweight aircraft carrier with her own fleet of several dozen short- take off, vertical-landing fighter jets and 8 to 10 helicopters. ( In comparison, US Navy Nimitz class super carriers displace around 100000 tons and have fleet of about 70 planes including few long range fighters.) Like Indian Aircraft carriers Virat and new Vikramaditya, the ship had a distinctive inclined ski-jump at one end, meant to help launch aircraft.
Meanwhile, before the ship could be completed, USSR fell apart in 1991 and Shipyard 444 became part of the new republic of Ukraine. Along with the ship yard, it inherited the still unfinished “Vayyag”, which still lacked critical elements like electronics and engines. In 1992, Ukraine finally got rid of communism but found it financially impossible, to go ahead with construction of this ship and complete it. Perhaps Russians tried to negotiate a deal with Ukraine as seen from a dispatch from the Russian news Agency TASS, which said that “the project has already cost the budget a pretty penny, and it would be absurd to scrap the ship.” However deal fell through and “Varyag” just languished and rusted as an engineless and powerless hulk.
In 1997 The National Agency of Ukraine for Reconstruction and Development decided to do what any house owner would do, when faced with heaps of junk. It announced a garage sale for the “Varyag” with a reserve price of US $ 20 Million. There were hardly any takers. Finally in November 1998, a well-connected Chinese entrepreneur named Cheng Zhen Shu made an offer of US $ 20 Million for the ship on behalf of his company Chong Lot Travel Agency. Mr Cheng said that he would tow the ship out of black sea and take her through the Mediterranean all the way to the Portuguese gambling haven of Macau near HongKong. He said that his company would refit the warship as a floating hotel and a real casino Royale. More than happy at this deal, The National Agency of Ukraine for Reconstruction and Development sold off the hulk to Mr. Cheng.
Trouble brew even before “Varyag” could leave the Black Sea port. Mr. Chong-Pin Lin, a Taiwanese national security scholar found out that Mr. Cheng had spent 10 years as a People’s Liberation Army officer of China and his travel agency, Chong Lot Travel Agency might be part of a Chinese military reverse-engineering project. As soon as this became known, Western intelligence agencies went on alert. Military analysts warned that Chinese Navy, mainly a coastal defense force was trying to acquire ‘blue water’ credentials and capability of projecting military power abroad. As a result Western governments pressured Turkey to deny Mr. Cheng permission to pull his unequipped warship through the Bosphorus Strait.
After this, Mr. Cheng and his Chong Lot Travel Agency went into a publicity Blitz. In an interview published in South China Morning Post in November 1998, Mr. Cheng insisted that he had only tourism in mind. He flatly denied that he would hand over the ship over to China’s military. He even claimed that his company would spend $200 million to remake the Varyag into a water-borne resort “with 600 hotel rooms, a conference center and various attractions, including a nightclub and children’s military playground.” He complained to Turkish authorities that the delay would cost him the chance to compete for a casino license. Chinese officials even promised to pay the Turks for any damage caused by the transit through the heavily trafficked straits. 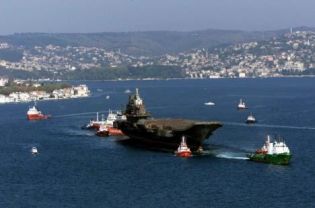 Finally in 2001, Turkey gave consent to tow the “Varyag” out of Bosphorus straits. And on 1st of November 2001 the Bosphorus straits was closed to all shipping traffic and 'Varyag” was finally towed and escorted by a flotilla of tugboats and pilot ship through the Bosphorus Straits near Istanbul. In the Mediterranean, the ship ran into trouble off Greek coat. She was Caught in a powerful autumn storm and broke towlines. The Greek coast guard had to land a helicopter on the deck to help reattach the towlines. In the process, a sailor fell overboard and died. Eventually the warship was secured, and it continued on its journey. In 2002, the Varyag reached her destination and dropped anchor. But as widely expected it was not in Macau but rather in Dalian, a northern China port that is home to the country’s largest shipyard. 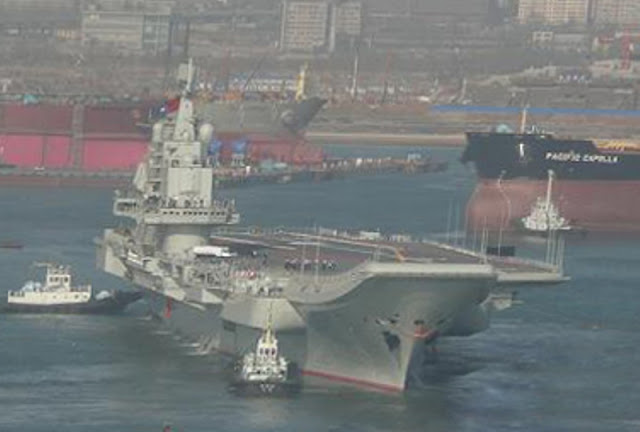 After this, all talk of floating hotel and Casino just vapourised in thin air along with Mr. Cheng and his great Chong Lot Travel Agency. Not long after “Varyag” had dropped anchor at Dalian, workers began painting it a naval gray.
The truth was now out. This was China’s first aircraft carrier. 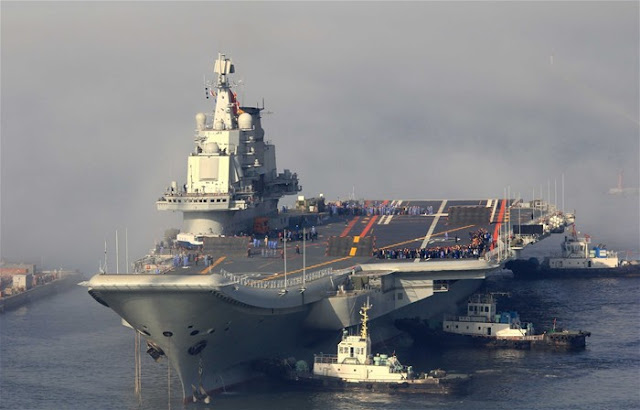 ( Even after a decade of continuous modifications and improvements by Chinese Engineers, “Varyag” or “Shi Lang” is yet not fit for its role on sea. Last month she returned to Dalian in northeast China after her ninth sea trial. Defense experts say that it still lacks the strike aircraft, weapons, electronics, training and logistical support it needs to become a fighting warship.)
4th September 2012
at 9:14 AM