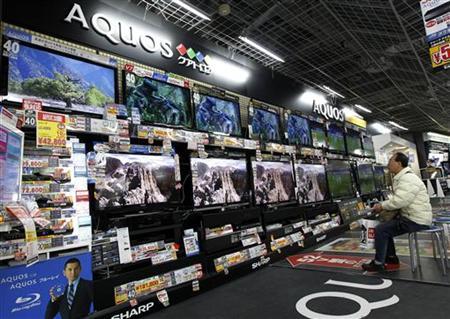 About a decade ago, I had gone with my wife to the market place for purchase of a new TV set. We had gone to a big electronic store, displaying TV sets of many brands and make. After seeing many TV sets, we short listed 3 TV sets of different brands. The cheapest TV of this lot of three was of rather unknown brand but had highest number of facilities and was also cheapest of the three. The second TV set was of comparatively familiar brand with slightly higher price tag but had less number of extra facilities and the sound quality of this TV set was the best of the three. The third TV set was of a very famous Japanese brand, but had least number of facilities, much poorer sound quality yet was highly priced and was the most expensive of the three. We did lot of hard thinking and finally bought the most expensive TV with least facilities because it had a famous brand name. We felt that it was the safest bet and because of the brand name, it would carry least risk for us and give us a good service.

I am quite sure that this personal experience, which I want to share with you, must be a common place experience for most of us. The Psychologists might try and give us the true reasoning for such kind of behaviour by us. But according to me the reasons are not too difficult to explain. Firstly, all of us are always afraid of unknown and prefer to think that a known devil is better than unknown Angel. Because of this frame of mind, we do not want to trespass the limited circle of our known world and experiment. Secondly, and this is the most important reason of the two, we keep on comparing ourselves with others in the society and prefer subconsciously to posses the same thing that others in our peer group posses. This peer pressure forces us to take such decisions even when logic tells us something us. That is why we prefer branded goods and stick to them.

This saga of brands happens to be just amazing and beats every bit of reasoning and logic. A normal shoulder bag used by most of the city dwelling ladies might cost around 7 or 8 hundred Rupees (16 US$) in India. But if the same purse or bag has a label proclaiming a brand name such as “ Luis Vuitton” or “Prada” or “Gucci” , the same lady would be ready to happily part a huge amount which might beat our imagination by a huge price. A good cotton shirts costs about six or seven hundred Rupees(14 US $) yet if the shirt is embroidered with a small emblem of a horse rider playing a game of Polo, its price could jump to few thousands of Rupees(80 or 90 US$). A brand value of a product just can not be explained by any logic or reasoning at all.

My father had lived in England during world war II years (1940's). Sometime in the 80's decade, I visited that country as a tourist. My father, had told me that I should get for him a small pack of biscuits made by a company called “ Huntley and Palmers.” He had enjoyed those biscuits during his England days and would have liked to enjoy the taste after so many years. I had to make lot of efforts to get this biscuit pack, which no longer was very popular. I was quite lucky to find biscuits of this brand in a shop in Cardiff and brought few packs to India. My father was so happy, just to read that name printed on the packs and thoroughly enjoyed the biscuits. I knew after seeing the joy on my father's face that the efforts taken by me were well worth it. This is the power of brands.

There could be some justification for the brand value of some of these brands. After all, when a lady has on her shoulder a Luis Vuitton, she straight way joins the ranks of thousands of such women from all corners of world, who wear this brand and can say that she has an international image or follows international standards. In India however, there are many popular brands, which once had a foreign origin. The original products bearing this brand name are no longer sold in the country of their origin and the brand name, which in many cases, has been purchased by the Indian company, which still uses that brand name. The products sold in India under such brand names are now entirely designed and sold in India by a purely Indian company, yet bear a foreign brand name and are extremely popular. Why such products are preferred by Indians and why they have such big brand value? Is something that is almost impossible to explain on a rational basis. Yet the fact is well proven by the sales of such branded products.

Here are few typical examples of such( now purely Indian) brand names and little bit of their history. The first example that comes before my mind is the “ Royal Enfield Motor Cycle.” More than half a century ago, the original British manufacturer of these motor cycles shut down the production line of these bikes in England. Yet today in India, this motor cycle still sells well in a competitive market dominated by “Bajaj”, “Honda” and “Kawasaki.” In India today, this motor cycle is considered the symbol of the male power and has a tremendous brand value. During a visit to Ladakh region of India in 2011, I found that 99.99 % of Motor cycles used there are only Royal enfields even today. I met number of foreign tourists there, who all preferred and praised this rugged bike for their travels in Ladakh. The Enfield company was originally a gun and rifle supplier to the British army. It is therefore generally believed that this motor cycle is built like a rifle, rugged and reliable. More than 60 years have passed since last British soldier left shores of India along with his Enfield rifle. Yet the legend lives and Enfield motor cycles still reign in India.

There are many things fro our daily use, where the names and brands appear totally foreign. Yet the fact remains that the owners of such brands are all Indian companies. Pears soap, Reymond clothings, Horlics, Exide batteries, Wills cigarettes, Brook Bond Tea are some of the examples. Some of the companies with very foreign sounding names are in fact now Indian companies. Examples such as Cox and Kings or Crompton Greaves can be readily given. A company named as Crompton was established in England in 1937. Another company named Spencer was set up again in England in 1867. No traces of these companies are found now in England, yet they are well known brands in India. Similarly Woodwords is an existing brand name only in India, the original British company is long gone.

p.s. I just replaced my old TV set after 10 years. The trust I placed in the brand value a decade ago now stands fully justified with the good, trouble free service it has given me.