Baby boom in Delhi, yet no one is complaining! 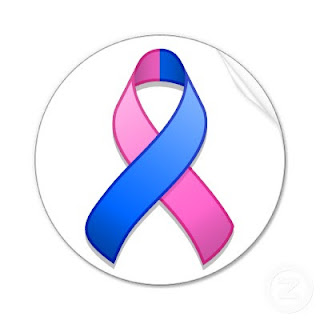 India's burgeoning population has crossed a figure of 1.22 Billion now. As many as 51 babies are born every minute in India. Many of India's ails are directly linked to this huge population. Controlling the population growth has been a major issue for successive Governments in India. In this kind of situation, just the idea of a baby boom would bring shudders to many no doubt.
Yet another kind of baby boom is taking place in India's capital, New Delhi, but no one seems to be complaining at all. It is actually a foreign baby boom. I have a feeling that the readers must be rather confused by now. But it is not complicated at all. Every month, childless couples from many Muslim countries of Asia and Africa are increasingly making a visit to New Delhi to undergo a medical procedure commonly known as in vitro fertilization.
A New Delhi based medical tourism outfit 'CureMax' carries out in vitro fertilization procedure as well as other infertility-related procedures, for as many as 50 patients, a number that goes up to 70 in the winter months when the weather is really good in Delhi. What is amazing is that most of CureMax patients are from Afghanistan alone. Normally, infertility problems are supposed to be a bane of the western societies with their changing lifestyles, where many couples put off childbirth in their late 30's. However CureMax patient profile now suggests that conservative societies of the developing world, are fast catching up with the west. Another medical tourism company 'Care Medical' admits that they get 10 to 15 foreign patients from Islamic countries every month. Other fertility experts can count their patients from places like Iran, Iraq, Uzbekistan and Tanzania in the hundreds. In fact in New Delhi's Afghan refugee colony, it is a thriving business.
Another medical tourism firm, Aaarex Medical Services, accepts that the number of patients for in vitro fertilization has been growing at the rate of 15 to 20 % steadily. Out of this growing number, a larger number of Muslim people come from Muslims from Arabic countries and Muslims from countries like Nigeria and Tanzania than ever seen previously. There was a general belief that medical tourists come to India mostly from western countries, where treatments are much more expensive and require longer period of waiting because of the limited number of facilities. The citizens of the Muslim countries of Asia and Africa seem to have joined the westerners now.
For a western patient, main attraction of India is the cheaper cost of the medical treatment here. However, for patients from Asia and Africa, there are other reasons too. In India, good reputed clinics usually charge just a fraction of the high cost of IVF in the west with a high standard of care. For example Care Max (mentioned above) charges just US$ 3000 for a typical IVF procedure compared to US$ 8000 charged in US or Europe. But for a patient from Asia and Africa there are other reasons too. 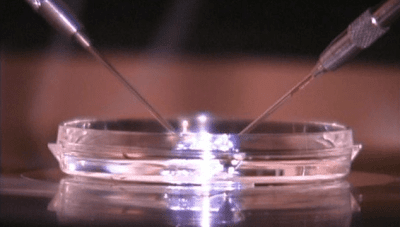 One of the reasons is the easy availability of the clinics. In India, having a baby of your own has a great cultural importance. Considering the overall population of India it is no wonder that private fertility clinics have mushroomed everywhere in recent years. In all upmarket areas, an IVF clinic can be found easily on any street. The Indian Council of Medical Research has recently drafted regulations and has began to crack down to weed out fly-by-night outfits that also have surfaced.
Another important reason for this preference is the proximity and historical ties, countries like Iran, Iraq, Afghanistan and other countries of Central Asia have with India. Standards of dress and behaviour are similar. Another factor that favours India is the soft power of Bollywood movies. These movies are extremely popular in Asia and many countries of Africa. Because of the movies patients from these countries are already familiar with Indian culture and way of living. They are also familiar with Hindi to some extent. Other medical tourism places find it impossible to match India's advantages. 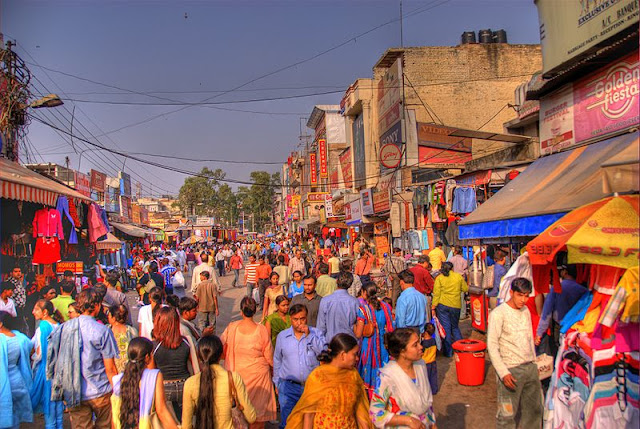 Fertility treatments are time consuming and not all patients can afford to stay in hotels. Medical outfits in Delhi are arranging cheap service apartments for patients in Muslim areas of Delhi, where the patients have access to halal foods and a familiar kind of neighbourhoods. The patients can stay in the apartments and cook their own food. The total cost of treatment comes down substantially for the patients by this. Similarly there are many Iranian and African communities with close ties with India.
The result is that everyone is happy. The hapless couples bring a new joy in their lives at a cost they can afford. The Delhi fertility clinics keep their cash registers ringing and many in the neighbourhood like the landlords are benefited from the incoming Dollars. This is one baby boom about which no one including the Government is complaining.
( This post is based on a report published in Huffington post)
15th September 2012
at 8:54 AM