A Matter of multiple choices 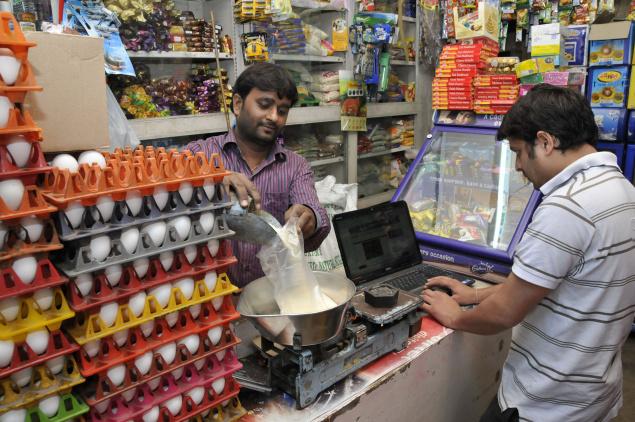 Government of India needs to be congratulated by all Indians, who believe in overcoming difficulties through a path of reason and logic. I am not saying this because the Government has finally decided to bite the bullet and has allowed majority foreign equity participation in the retail trade. The issue is of much more importance than just allowing few wal-marts of the world to enter India and set up their shops. Frankly speaking, I would not be much concerned, whether the rice I have for my dinner comes from Wal-Mart or a local pop-mom store or a co-operative marketing federation, as long as it is fairly priced and is of good quality. I do not think that any one would object to this requirement of mine as a retail consumer.

It was sometimes in 1970's or 80's that I came across super grocery stores of the west. Having just arrived from India, where everything starting from milk, sugar or rice was in short supply, I was absolutely fascinated and thrilled to see the abundant availability of all consumer goods and the wide choices these stores offered. I believed that this was the real consumer panacea with consumer as the king. Unfortunately, as I became more and more familiar with these stores, I realized that consumers like me were actually taken for ride by these super stores. In the first place, these stores because of their heavy overheads, marked up the prices by as much as 45 %. The store prices appeared cheap, because they were sourced from some third world country at an unbelievably low price, often putting the producer at loss. These stores could virtually rule the prices in the sourcing countries because of their huge marketing potential. Secondly these stores never offered a real choice to the consumer. They always had only such goods in the stores, which they could procure at rock bottom rates. 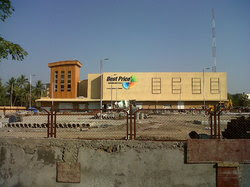 As I became more and more familiar with the operation of these stores, I became wiser and knew, what I should buy from a wal-mart or K-mart and what I should get from the Target or even Macy's. And there were always some items, for which I would have to go to the local pop-mom store. The consumer is the real king, when he has multiple choices and can exercise his discretion to go and buy from source of his choice. In Singapore, I found that multiple choices made my life as a consumer much easier. I had the choice of going to international retailers like Carryfour or Giants or Singapore retail chains like Cold Storage and NTUC. If I preferred, I always had the choice of 'Chong Pang' market stalls to buy groceries and veggies.

The point I am trying to make is that the consumer always is a winner, when there are multiple choices. Let us take up as illustrative examples the case of communications and banking. In India, previously all communications were in hands of the Posts and Telegraph department under Government of India. The department was run in a completely bureaucratic way with thousands of rules and regulations in place. I remember that for making a call from Kolkata to my home town Pune, I had gone to Central telegraph office, because inter-city calls from local telephone, were impossibly unreliable. Even shifting your phone from one room to other, without permission of the Department was an offense and punished by imposing a fine or even disconnection. Then came the competition from private sector first in form of land lines and then mobile phones. The same Posts and Telegraphs department, became a company, which was now bound by corporate laws. The picture changed and the same department now offers one of the best and most wide spread network to the consumers at competitive rates. Similar is the case with the banks. Prime Minister Indira Gandhi had nationalized all the major banks in 1969 as an election gimmick. These banks had become over the years, monoliths, which charged oppressive interest rates and were anything but pro-business. Then came the private banks. With availability of multiple choices for the consumers, Government owned banks changed slowly. I have accounts in both, public sector and private sector banks. With the multiple choice, I can now select the bank for the type of service that I need. You might question, how banking and telephones relate to the International retailing companies. But the same principle applies here. Let us examine as examples, cases of grains and Veggies, to find out how they reach the consumer. In India the grain trade was in hands of few big merchants historically. These merchants bought and stocked just one item. They controlled the purchase prices and usually did lot of forward trading and maneuvered the market with the result that the producer always suffered and was in continuous debt of these traders, who advanced money for the next crop. These traders sold to whole sellers, who eventually sold to retailers and then to consumers. In this pattern, hoarding, black marketing, when an item became scarce,used to happen quite regularity. To break up the monopoly of these traders, various state Governments brought in co-operative marketing mechanisms. These certainly achieved the purpose, but the main problem of a major mark up from the producer prices to the consumer prices still remained. The producer was still paid poorly and consumer charged high prices. 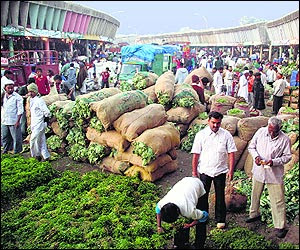 Government soon realized that if the vice like hold of commission agents at the market yards on the grain or Veggies trade is to be broken, an alternative marketing mechanism in form of a big retailer, who could directly buy from the producers and sell directly to consumer, would have to be allowed. Several Indian companies jumped into the fray. Many burnt their fingers and few like Pentaloon and Reliance survive though on financial tenterhooks. The main problems faced by these is the lack of financial muscle and lack of time evolved  technology. To make an impact on the Indian market, we need to have really big players.
Once we have these three alternative retailing mechanisms in place, everyone, the existing whole sell traders, market yards as well as big retailers of the future would have to fight and compete for the market share. In such a fight, it is obvious that the consumer is going to be a real winner. He would know, what to purchase at wall mart and what from the local pop-mom shop. If wal-marts try to play smart, market forces can show them their place. 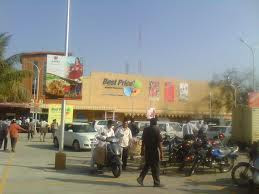 India with its 1 billion people is such a large market that no single entity can ever dominate the market. We are bound to have multiple marketing mechanisms for the whole sell trade competing with each other as there are number of retailing grocery shops in any given area, competing with each other. In such a huge market place, international retailers can certainly find their own space. But that would be the all they can achieve. The Customer shall and always remain the king for sure. What Indian market lacks and requires is availability of multiple choices for the consumer.