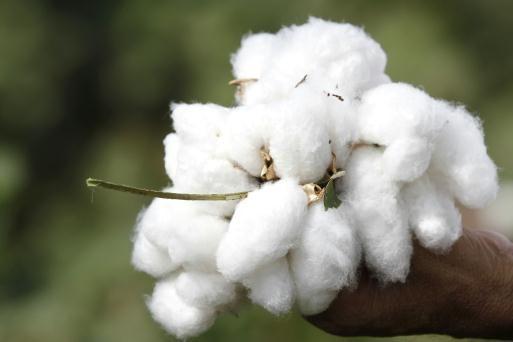 In Indian politics, one would never know, when an issue suddenly turns into a controversy, where everyone involved has a firm opinion, even when the issue is related to economics or even science. What the economists or scientists feel about such controversial issues becomes totally irrelevant. The politicians usually take opposing views based on party lines and try to score points by trying to find a solution by adversarial approach. In adversarial solutions, there can be only one winner: all others likely to be losers. This outcome is obviously not acceptable to politicians. So the issue is kept into cold storage. An obvious example of an economic issue of such kind, is the Foreign direct investment in multibrand retail, which has been in cold storage for some time now.
Genetically modified crops or organic products is one such issue, where every politician worth his salt has a firm opinion. The agricultural scientists, whose opinion should be the crucial one, are hardly able to take any sides. They are neither able to damn the product because of obvious plus points of GM foods, nor are able to recommend it because unless user trials are conducted on large scale, which are banned at present any way, no one can be sure about the actual gains and the effect on environment.
A Parliamentary Committee on Agriculture has now asked the government to stop all field trials and sought a bar on GM food crops (such as Bt. Brinjal). The report criticises the composition and regulatory role of the Genetic Engineering Approval (Appraisal) Committee and the Review Committee on Genetic Manipulation (RCGM) (Both committees have scientists on the panel.) Talking about “ethical dimensions” of transgenics in agricultural crops, as well as studies of a long-term environmental and chronic toxicology impact, the report says that there were no significant socio-economic benefits to farmers. The report observes that GM crops (such as Bt. cotton) benefited only the (seed) industry without a “trickle-down” gain to farmers, it recommended that till all concerns were addressed, further research and development should be done only in contained conditions. They have come to conclusion that the farmers have incurred huge debts because of this capital-intensive practice. 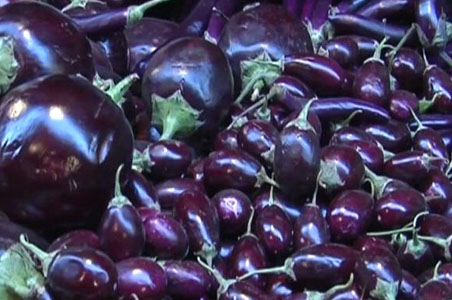 Essentially, even though the committee is talking about all GM food in general, in India only two GM organic products have been ever developed and are under scanner. The first is a cotton variety known as Bt. Cotton and secondly a Brinjal or egg-plant variety known as Bt. Brinjal. Let us see briefly the history of these two products in India. 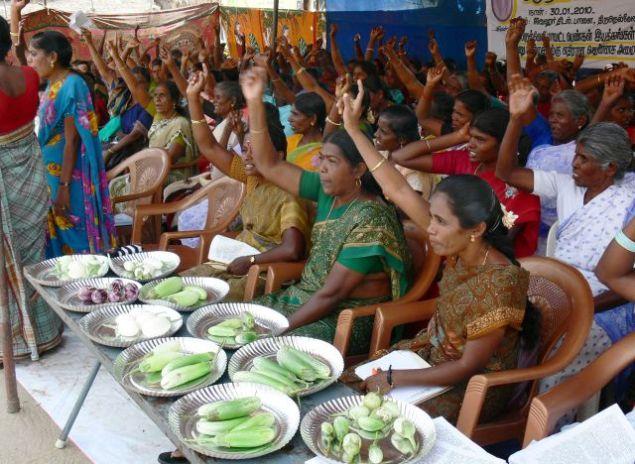 Bt, Cotton, which has been allowed an experimental-basis cultivation of (bollworm-resistant ) GM cotton on 10,000 hectares across the country since 2005, and is used in 27cotton-growing regions of Maharashtra. Several states, including Maharashtra, had also allowed commercial cultivation trials in rain-fed cotton-growing regions. However, the farmers of India tend to go by a herd mentality whenever any new changes are to be adopted. If a farmer, thinking out of the box, succeeds in cultivating a new crop, everyone around would rush to adopt to that new crop, without bothering much, about whether it would suit their own land and its irrigation potential. 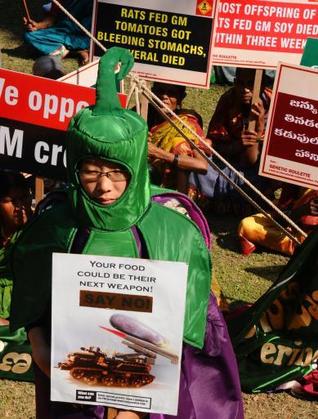 Bt.cotton no doubt gives an extremely high yield but only at the cost of higher input costs. It needs more irrigation and also fertilizers. The basic seed cost is also much higher. It is best sowed in regions with good irrigation facilities. In Vidarbha region of Maharashtra, farmers with poorly irrigated fields also changed to BT cotton and found themselves in a financial disaster. A situation so desperate that some of them resorted even to suicide. As a result of large scale adoption of Bt. Cotton, India's cotton output has almost doubled. With demand remaining stagnant, the prices have remained highly non remunerative. Most of the farmers have actually made losses.
In this desperate scenario, I fail to understand, why Bt. Cotton variety is considered as the real villain of the piece. It is the failure of the Government machinery, that advices farmers, and also of poor farmers, who with their herd mentality, went headlong along with this new high yield variety. It is simple economics that if a crop gives super yield, the prices would always remain soft.
Let us check on the other culprit, Bt. Brinjal or Egg-plant. Sometime in 2008 or 2009, a US multinationa,l Monsanto and its Indian partner, Mahyaco developed a new Brinjal variety that was resistant to the worms and named it as Bt. Brinjal. To start commercial production, a go ahead was required from the federal ministry of environment. The minister after dilly-dallying the issue for a very long time, finally refused to release the Brinjal for commercial trials and asked for more user trials. Bt. Brinjal issue is just stuck there and no commercial production ever undertaken as far as my knowledge goes.
With this status information at back of our minds, if we try to read the Parliamentary committee report again, it would be clear that the issue here is not of GM foods at all. The committee is trying to play safe and to the gallery, that is all. How much importance is to be accredited to this report is up to the Government and also to Minister for environment.
10 August 2012
at 9:23 AM