Xinjiang, the western most province of China, borders a number of Muslim dominated nations like Kazakhstan, Kyrgyzstan, Tajikistan, Afghanistan and Pakistan. It is home to a number of different ethnic groups including the Uighur, Han, Kazakh, Hui, Kyrgyz, and Mongol, with majority of the population adhering to Islam, except for the Chinese Han people.
Xinjiang's Uighur community have never identified themselves with mainstream Chinese and a separatist sentiment is rife in Xinjiang. Some Uighurs even advocate armed rebellion. In recent decade, radicalized Muslim militants from across the borders have succeeded in establishing a foot hold in the country. These militants, who believe in terrorist ways, have been trained across the border and have been giving calls for Jihad or Holy war to the local Uighurs. In July 2009, rioting between Uighurs and Han Chinese killed nearly 200 people in Xinjiang’s capital, Urumqi. Uighur activists say the riots were the result of decades of pent-up frustration with Chinese rule, but role of foreign Jihadi terrorists in fermenting the troubles is suspected. Chinese Government has responded by boosting the police presence and restricting the practice of Islam; moves that have further increased the latent tensions within the society. 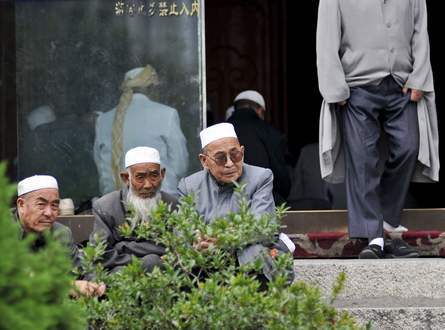 This year, Chinese Government has launched a new measure. What this measure eventually would lead to? Is something that is impossible to predict. Muslims, all over the world, fast in the auspicious month of Ramadan. They do not intake any food from sunrise to sunset in this month. China is now trying to discourage Uighur Muslims from the far western region of Xinjiang, from fasting during Ramadan. Several city, county and village governments in Xinjiang, have posted notices on their websites, banning or discouraging, Communist Party members, civil servants, students and teachers from fasting during Ramadan. Chinese Government has been trying over the years to restrict participation in Ramadan, but this year’s campaign is more serious. Communist Party leaders are believed to be delivering food to village elders to try to get them to break their fast. Officials in some areas have even asked people to sign pledges that they won’t take part in religious activities. 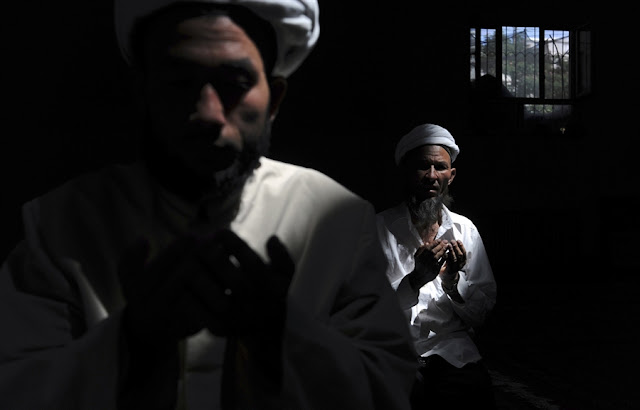 Ilham Tohti, a Beijing-based Uighur economist, says that the campaign is aimed solely at Uighurs in Xinjiang and that Kazakh and Hui Muslims in Xinjiang and Uighurs outside the region face no such restrictions. To emphasize his point he gives an example of about 70 Muslim students including 10 Uighurs at the Central University for Nationalities in Beijing, where these students are observing Ramadan fast and gather nightly at a local restaurant next to campus to break their fast.
If this is true, it is bound to add fuel to the fire of long-simmering resentment among Muslim Uighur ethnic group over ruled by China’s Han majority in Xinjiang. Over the decades, China has tried to settle more and more Han Chinese into Xinjiang to change the demographic pattern there. Today, almost all trade in Xinjiang with eastern China is controlled by Han Chinese. Anger against this fact and also against the influx of migrants from eastern China, has sporadically erupted into deadly violence.
Chinese state-run news paper, Global times, however came up with a cautious and conciliatory note last week. In an article, it advised authorities in Xinjiang to encourage people to eat properly for study and work and not to force anyone to eat during Ramadan. This probably means that the Chinese have awakened to the fact that religious Muslims all over the world are rather keen about observing Ramadan fasts and by objecting to that, they are sitting on a religious tinder box with highly incendiary stuff in it .
Some China watchers relate this measure to potential nervousness in Bejing about potential unrest in Xinjiang in the lead up to a once-a-decade leadership transition that will kick off in Beijing in month of October and think that this may be one of the measures of tightening control. There are chances that the outcome of these measures could be exactly opposite of what is expected by the authorities.
7 August 2012
at 8:59 AM