In April 2012, I had written a blog post about an interesting Chinese style murder story. The plot had everything: Betrayal, graft, Power, money, murder, suspicions and a drama that would make it a perfect Hollywood or a Bollywood thriller. For sake of continuity, let us recollect the main points of this story. 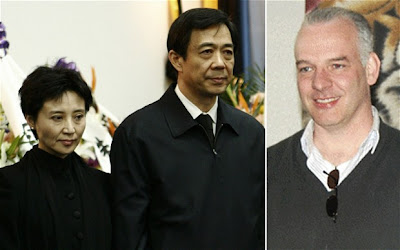 In the month of November 2011, a 41 year old British businessman, Neil Heywood was found dead in a hotel room in the Southwest Chinese city of Chongqing, which happens to be a national central city with a directly controlled municipality just like Beijing. The autopsy results showed that he had very high levels of alcohol in his blood. To Neil Heywood's friends and relatives in Britain, the circumstances at the time of his death appeared rather mysterious as he was known to be a very moderate drinker. Since there was no other reason for his death, it was assumed by the acquaintances and relatives that he must have suffered an heart attack. 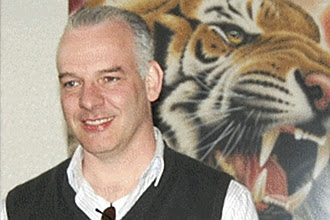 There is only one more small detail, which we must be remember.. Neil Heywood was closely linked to Mr. Bo Xilai, the charismatic former party leader of the southwest city of Chongqing.
Now we move to the city of Chengdu, capital of Sichuan province and which is about 280 KM from Chongqing. US Government has a consulate here in this city. On 6th February 2012, former Chongqing police chief and vice-mayor Wang Lijun, a deputy and close ally of the southwestern city's leader, Mr Bo Xilai, suddenly flies to the US consulate in Chengdu. He has a meeting with US consular officials and asks for political asylum in the US. Just 4 days before his escape to US consulate, Wang Lijiun has been sacked from his security post and is posted as an officer overseeing municipal education, science, and environmental affairs, a virtual demotion. 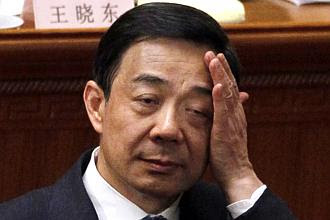 Bo Xilai was born to Bo Yibo, one of the Eight Elders of the Communist Party of China, Bo Xilai is known as one of the "princelings" in Chinese politics. He graduated from Peking University and joined the Communist party. Slowly rising in the ranks he was made acting mayor of the city of Dalian in 1992. In 2001, because of a corruption scandal in the Liaoning province, the ruling Governor was sacked and Bo Xilai was promoted to that post. Here he came into contact with Wang Lijiun, who was then the director of public safety. After serving as Minister of commerce, he was finally appointed to the prestigious post of Mayor of Chongqing in 2008. Wang Lijun followed him there as his police chief. On 10 July 2009, Bo launched his famous campaign against gangs with Wang as his top enforcer. Wang played a central role in the "strike-hard" campaigns in Chongqing, which saw 1,544 suspects arrested in what may have been the largest crackdown of its kind. Bo Xilai's actions made him extremely popular and a hero in Chongqing. When he became Chongqing chief, he gained an ex- officio seat on the Politburo, China's effectively ruling council. He was widely tipped as a likely candidate for joining top ruling council of China, Standing committee of the Politburo.
Bo Xilai had married Ms. Gu Kailai, a divorcee in 1986 and their son Bo Guagua was born a year later. Ms. Gu is a lawyer and a graduate from Pekin University and practiced law.
On March 14, 2012, Chinese Premier Wen Jiabao slammed Chongqing leaders over the scandal involving Wang Lijiun's case of asking asylum, in his annual press conference with local and foreign journalists in Beijing. It is a rare public rebuke in elite politics. It is clear that Mr. Bo Xilai,s career as a superstar politician is now on the wane. Next day Bo Xilai is removed from his post as chief of Chongqing. He still continued to be a member of Politburo, a clear sign of the political strife at the top and also support for Bo. On April 10th 2012, police announced that at the request of British foreign office, the death of Neil Heywoods has been reopened. It is now considered that he has been murdered by alcohol poisoning and the Mr. Bo Xilai's wife is named as a suspect.
Final act of this murder drama began last week as the trial opened against Bo Xilai's wife, Ms. Gu Xilai, who herself is a renowned lawyer. Only 140 people carefully selected by the Chinese government were allowed to attend the trial. The trial was a complete sham as it opened and and ended within just 8 hours. In this clumsily orchestrated murder trial, Ms. Gu Xilai was charged of murdering her British business partner, Neil Heywood.
During the trial, it is understood that Ms. Gu confessed to murdering her British business partner, Neil Heywood; she said she was willing to “accept and calmly face sentencing” and that she expected the court to give her a “fair and just verdict.” No other witnesses were called or cross examined. To anyone outside China, it would be obvious that Ms. Gu is being made a scapegoat in a broader political power struggle, between her husband and top leaders. During the trial, Gu Xilai was officially stated to be suffering from manic depression and moderate schizophrenia by court-appointed medical experts.
Was this trial just a farce? Was Ms. Gu just being made a scapegoat in a broader political struggle for Power. Many legal Pundits seem to think so. Mr. Ho Pin, is a New York-based publisher of Chinese-language magazines and books and also the author of a forthcoming book on the Bo Xilai case. He has raised some pertinent questions about this case and trial. I quote from his essay.
*The indictment is largely based on Ms. Gu’s confession. Without any corroborating witness accounts, how do we know her memory was reliable and that her mental illness did not affect criminal intent?
*The motivation for the murder was not clear. The prosecution stated that Ms. Gu hatched the plot to kill Mr. Heywood when she was told that he had detained and kidnapped her son in Britain after their business deal soured. No corroborative evidence was furnished.
*The indictment said that Ms. Gu had illegally obtained rat poison. Is there proof that she actually did? From whom did she get it? And did the rat poison contain cyanide?
*Was there cyanide in Mr. Heywood’s body? Ms. Gu admitted getting him drunk and then giving him water laced with cyanide after getting him drunk. However, the initial forensic report, according to the defense, displayed no primary signs of cyanide poisoning. A CT scan performed on the victim’s body before it was cremated and an initial blood test found no traces of cyanide.
*According to the prosecution, the chief investigator took another blood sample, which later became a crucial piece of evidence after Mr. Heywood’s body had been cremated. However, the chief investigator carried that blood sample home without permission. Four months later, tests on the second blood sample showed cyanide, the amount of which was, by coincidence, just enough to kill a person.
*The prosecution claimed to have collected 394 witness testimonies, but the trial was conducted without the direct participation and cross-examinations of key witnesses, including Wang Lijun, the Chongqing police chief, who fled to the United States consulate there and personally brought the case to light. Ms. Gu picked her defense lawyer from a list provided by the government a month before the trial. For such an important case, why was the lawyer given only a short period of time to study the case? And why didn’t the defense lawyer have a chance to question key witnesses during the trial?

Besides these points, there are number of other points which are also equally important for the case. However I felt that the above mentioned are enough to show how the trial was just a sham.
To anyone, who has taken pains to become familiar with the case, it would be obvious that Mr. Gu has acted very wisely in confessing the crime. She also has actively cooperated with the investigators. By this action, she has managed to implicate the then police chief Wang Lijiun of Chongqing and his assistants . She also might succeed now, to turn her potential death sentence in to a life term in jail by this act. She has also successfully managed to keep her husband Bo Xilai's name out of the trial, a fact which might not have been liked by the top leadership.
In China, when political winds change and power changes hands, criminals of yesterday could be honourably aquitted and even reinstated, as happened in case of Bo Xilai's father.
Mr. Gu is perhaps aiming for such a situation; If the verdict announced proclaims her guilty, she might keep her life and also shield her husband. As the final curtain falls on this murder story, all the actors would be just waiting for the political winds to change again, which can happen sooner or later.
20 August 2012


(Gu Xilai has been spared execution for the alleged murder of British businessman Neil Heywood, with a court in the central Chinese city of Hefei on 20th August, announcing a suspended death sentence for the wife of purged former Politburo member Bo Xilai.
We can now wait for the next round in this story, when the political winds changes)
at 9:07 AM