Filling up the Alchi dam 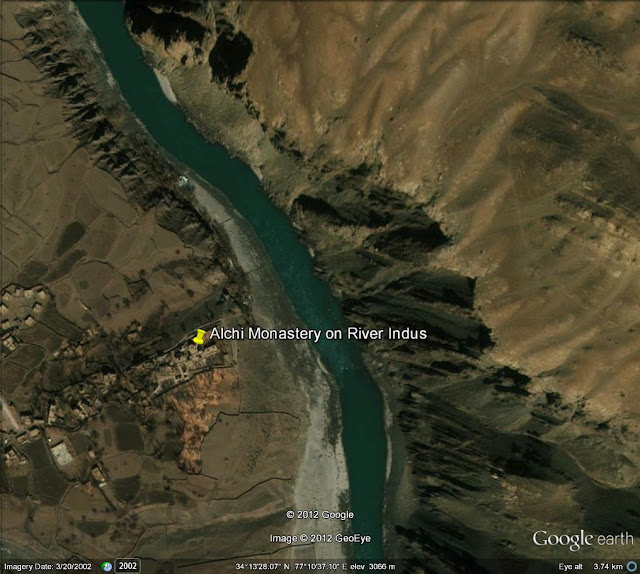 The northern most  region of India; Ladakh, is many a times called a cold desert. The weather is so extreme that this entire region remains cut off from the rest of the country, during harsh winter months. The region is surrounded by tall mountain ranges, which remain snow clad for major part of the year. Because of this reason, Ladakh is not a part of India's power grid, because with present technology, it is not possible to run transmission lines from Kashmir to Ladakh. As a result, Ladakh faces a huge power deficit. Being a mountainous region with heavily discharging rivers, it has a great potential for producing Hydro Electric power. However due to non accessibility of the area only one and that too a miniscule scale project was commisioned in 1980, generating just 4.5 MW, which is enough for Leh city itself. Currently the available power generation is grossly inadequate. Most parts of Ladakh get electricity for only about 5 hours, in a day and some remote villages do not have electrical power at all. Diesel generators and solar energy are used as an alternate source of energy to produce electricity when there are power cuts. With rapidly growing tourism industry and use of modern gadgets, total electrical demand has been rising at a fast pace. 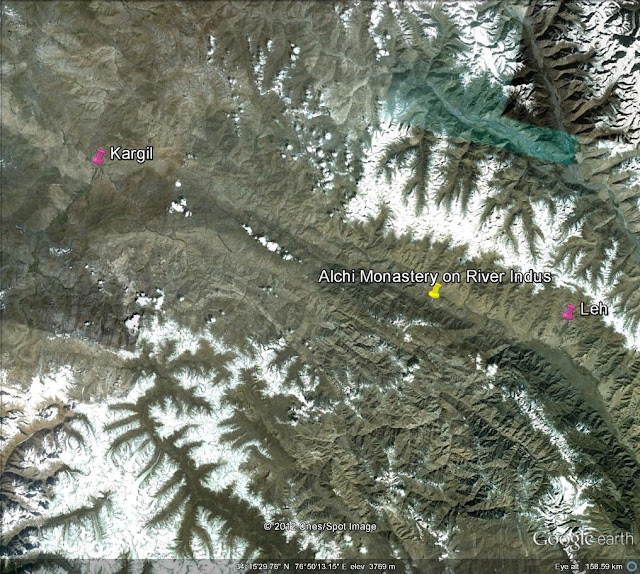 About a decade ago, Federal government of India and the Jammu and Kashmir state government, took a decision to build series of small power generation projects in Ladakh to overcome its power deficit. Initially two power projects, one at Chuttuk (44MW) on the Suru River in Kargil with 44 MW capacity and another one named as Nimmo-Bazgo, near the Alchi village on Indus, were planned to be taken up. The first and the toughest diffficulty is taking up any river damming work in Ladakh is the treaty, which India has signed with Pakistan about sharing of river waters, which also includes all rivers in Ladakh including Indus. Since both these projects are run of the river, which means that the water is again release in the river bed, India never expected any international dispute with these two projects. 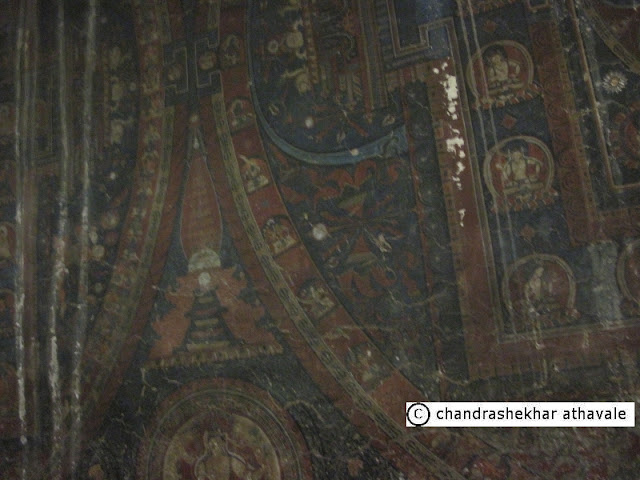 Village Alchi, in the Leh district of Ladakh is a famous tourist place with most of the tourists visiting the Buddhist monastery here, known for the great murals. Nimmo-Bazgo dam, that has come up near this village is a 57 meter high concrete gravity dam. It has 3 nos. of 3.3 meter diameter penstocks to carry the water to 3 Nos. of turbines with 15 MW capacity. All the water released from turbines would flow back in to bed of river Indus. This dam also is one of the highest hydel power projects in the world, located at over 10,000 feet above sea-level. 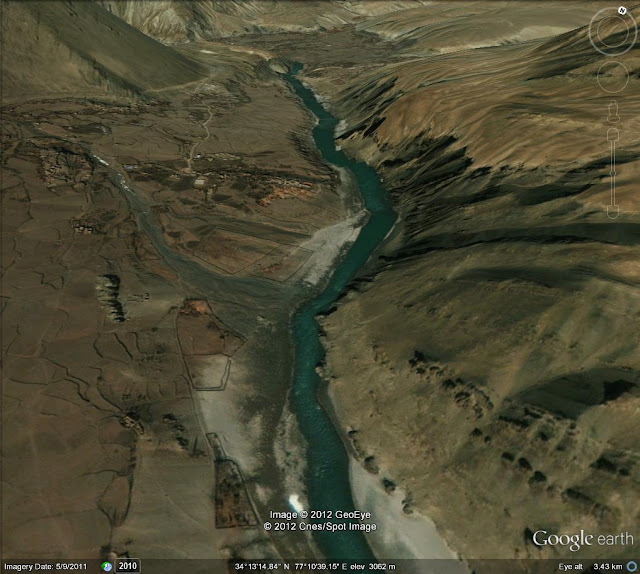 After India took the decision of starting construction of this dam, it informed Pakistan about the Nimoo Bazgo project six months before the initiation of its construction. In the next meeting of Indus water commission, there were some objections from Pakistan about the design and which were attended by India. During next three years, 2007,2008,2009, Pakistan never raised any objection or any issue about the design of the dam. In 2010 the chief Pakistani representative on the Indus water commission, commissioner Syed Jamaat Ali Shah, retired. After his retirement, Pakistan suddenly found out that Nimmo-Bazgo pwer poject is actually very detrimental to its interests. (On what basis this conclusion was drawn is just not known), There was reporting in the news papers about how Syed Jamaat Ali Shah has betrayed the nation. It was obvious that someone was trying to find either a scapegoat or a way of personal revenge. Sensing this, Syed Jamaat Ali Shah moved his family and his assets to Canada and was granted interim asylum. There was also a talk of filing a lawsuit in the International Court of Arbitration.

In spite of all this hula-hula, during the secretary-level talks between India and Pakistan held in New Delhi on 5 July 2012, Pakistan agreed, perhaps realizing that it had no case, not to file a lawsuit in the International Court of Arbitration (ICA) over the controversial 45MW Nimoo-Bazgo hydroelectric power project on River Indus in Leh. The way was clear for filling up the Alchi dam gradually. 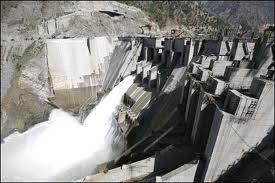 (The caption under this photo claims that it is of Alchi dam, which appears to be doubtful)
India formally informed the Pakistan government later that the dam had been completed and was going to be filled. This again did not go well with Pakistani establishment. Pakistan now has objected to India's move to fill the Nimoo-Bazgo dam in Jammu and Kashmir, claiming that it could cut off Islamabad's share of water from the Indus river.
It is obvious that Pakistan's flip flops in this matter are a result of some internal strife or power game. In the first place, it is very well known that in a 'Run of a river' project, all the water discharged from turbines is let off again in the river for downstream use. It is difficult to understand how Pakistan's share of Indus water would be cut by this project. It is definitely possible that the river flows may go down to some extent as the dam gets filled. For this, the dam needs to be filled gradually after ensuring that the downstream users are not affected. India is bound to do this as per Indus water treaty. Pakistan's objections do not seem to hold any water at all.
Alchi dam is likely to be a great news for people of Ladakh. It is supposed to remain dependable for 90% of time in an year. Which means Alchi dam would provide power for most of the time of the year except few days in winter. People of Ladakh can look forward to days of comfort and happiness even in the harsh winter.
15 August 2012
at 9:11 AM