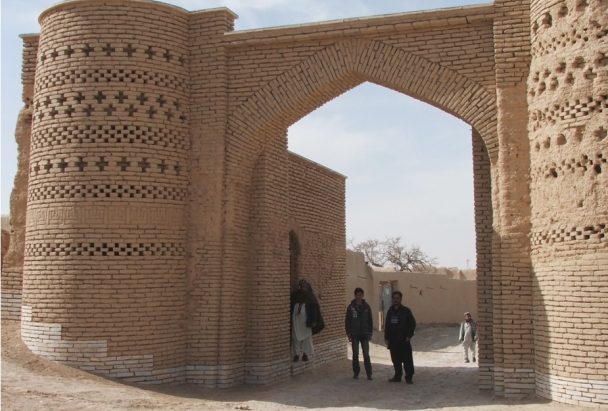 Sometime during last year, I made a visit to a remote corner of the Western Ghat mountains that spread not far away from western seaboard of India. This remote place is known as Naneghat and is actually a mountain pass, which was used for transporting goods from the sea ports to interiors of peninsular India for more than 2000 years. The place is famous because of a huge stone pot, which was kept there and used for depositing the toll coins collected from caravans of traders carrying transshipped goods. The stone pot can still be seen at this place, though in a damaged condition. My visit to this place brought new awareness for me about the importance of these kind of toll gates from the historical point of view. 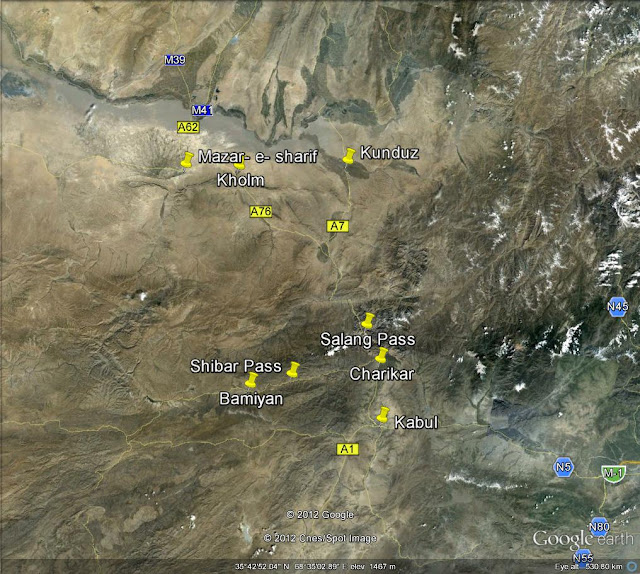 Recently I found out about one such toll gate ( though not as old as Naneghat) that existed in the past; this one is located in Northern part of Afghanistan not very far from the Amu Darya river, which forms the natural international boundary between Afghanistan and Tajikistan. This ancient toll gate exists in Kholm or Khulm town from Balkh province of northern Afghanistan, 60 km east of Mazar-i-Sharif or one-third of the way to Konduz. This town was an important trans-shipment point, where caravans from India and Bokhara met. The traders from Persia and Chinese Turkestan rested in the caravan sarais here. These caravans carried a large variety of industrial products and commodities transported by camel caravans: weapons, knives, metal thread, needles, glass, mirrors, porcelain, paper, tea, cotton and silk cloth. Most of these products were produced in the European part of Russia, some originated from Russian Turkestan. From India all kinds of locally manufactured and British industrial products went the other way: binoculars, razorblades, indigo, spices, ivory, coconuts and brocades. Afghanistan contributed to this trade with wool, raw silk, fruits, vegetable dyes and horses. 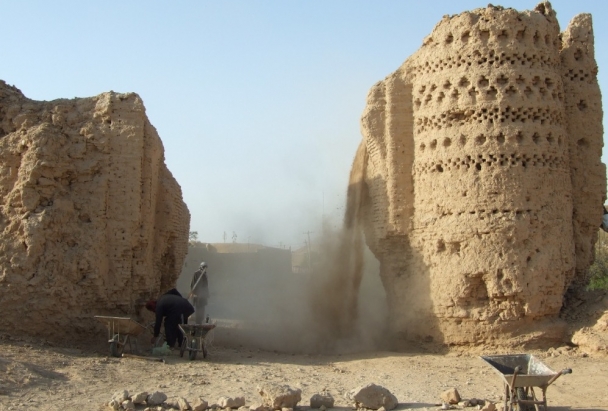 To collect the toll from the caravans, a gate was built during the reign of Mir Qilich Ali Beg (1786-1817). This unique mud structure is known as Darwaza Khona. This 18th Century toll gate in the city of Kholm suffered extensive damage due to the two earthquakes that hit northern Afghanistan (5.9 Richter on 14 May, 2011 and 5.7 Richter on 21 March, 2011) and heavy rainfall in 2010. The natural calamities weakened the monument and a need for restoration was felt to prevent pieces of material from collapsing onto passers-by using the road.
Restoration work meant cash, which is a scare commodity in war scarred Afghanistan. An Amsterdam based fund supported by Dutch Ministry of foreign affairs and the Dutch Postcode lottery and known as Prince Claus Fund for culture and development got interested in the restoration work. 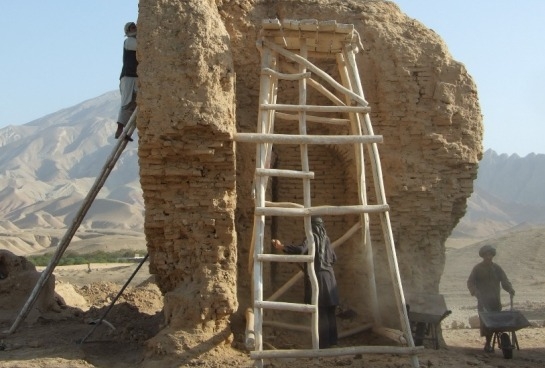 This fund supports artists, critical thinkers and cultural organisations in spaces where freedom of cultural expression is restricted by conflict, poverty, repression, marginalisation or taboos. Annually, the Fund grants eleven Prince Claus Awards to individuals and organisations for their outstanding achievements in the field of culture and development. The Fund also provides first aid to cultural heritage damaged by man-made or natural disaster. In last 15 years, the Fund has supported 1600 cultural activities, awarded 165 outstanding cultural practitioners and organisations, and provided cultural aid in over 90 emergency situations.
This fund mentions in its annual report about this project as
“ The impact of the natural disasters on the gate made the structure of the monument very weak and dangerous for its users. Intervention was urgently needed before the upcoming winter would aggravate the situation beyond repair and also to prevent pieces of material from collapsing onto passers-by using the road. Therefore the Prince Claus Fund is currently supporting AFIR architects and planners to restore the entrance gate with an amount of € 26,500,-.
A community-driven initiative will revive one of the original functions of the gate as a water and refreshment distribution point for users of the road and thereby generate income for the local community while enhancing the significance of the building. Although freezing temperatures have slowed down the work, the restoration team is still working ahead of schedule and the activities are expected to finish on 1 May 2012.”

The job was entrusted to Dutch architect Feenstra, who spends much of his time in Afghanistan and India, where he is on the visiting faculty at the School of Planning and Architecture, Delhi. He led two architects from Delhi — Himanshu Lal and Tanvi Maheshwari of arch i, the Architecture and Urban Design Platform based in Delhi, to work on the restoration of Darwaza Khona at Kholm along with Afghan architects. While the Afghan team had more knowledge about the mud structures, Indian architects had an edge over the technical aspects. The Afghan team of architects began to work on the site and discovered “that the eastern part of the gate, including the 200-year old mud brick decorative pattern, was in such a good shape that we could just clean up the eroded parts, while the western part of the gate was in a very bad shape”. 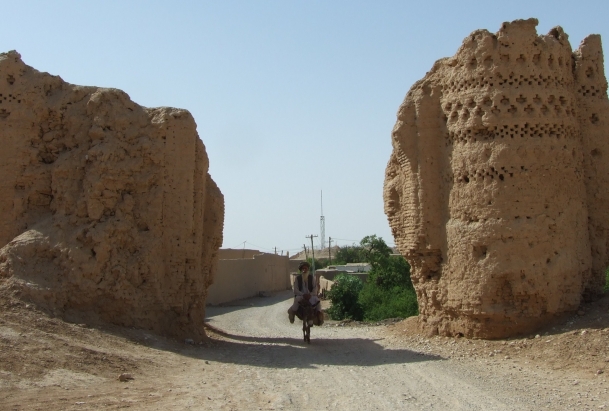 Architects felt that the real challenge was how to make the structure relevant in today’s context because it used to be a toll gate, where the taxes collected from the passing caravans were deposited. The toll system is current even now. There used to be a shop in the gate and that has been revived. There were two empty spaces behind the gate, which were used earlier for the collection of the tax from the passing caravans. In these empty spaces they counted the camels of the trader’s caravans, inspected the goods and only when the tax was paid the caravan could continue to the famous trading bazaar of the city. Today, one of the spaces has been transformed into an open public seating area. The local community can sit together. The other room has been made into a water distribution point-cum-shop. The owner of the shop has been made responsible to keep the gate area clear.
An effort was made to involve the local communities and sustainability of the monument. One of the architects says “By involving the communities from the very start, we spent more time and create real ownership. So with the design work, with the search for contemporary functions for the spaces, for the reconstruction itself, in each step local people were deeply involved in the project and the decision making process.”
After the completion of the restoration work, Darwaza Khona stands tall, reminding visitors of the town's glorious past. Prince Claus fund has shortlisted this monument of the past at a heritage site in Afghanistan, as one of the six best projects of 2011.
8th August 2012
at 8:42 AM