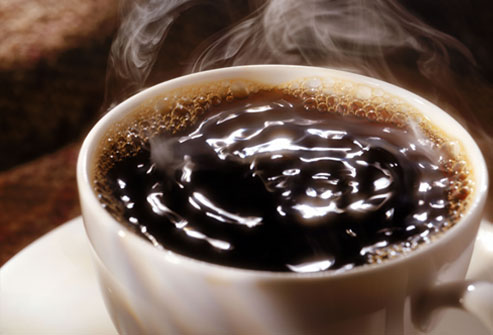 I must admit that my ideas about coffee have been rather primitive. I knew that the aromatic and enthralling brew, which I love so much, came from the seeds of a certain tree. But that was about everything that I knew about this wonder brew. However, a chance recently, to a coffee plantation on the outskirts of Medikeri town in Coorg, has changed all that. During my visit, I was lucky to have been taken around the plantation, by a gentleman, who turned out to be the proud owner of the plantation. Mr. Kiron, talks coffee, lives coffee and obviously drinks coffee. He made the whole coffee production process appear so simple to me that at least for few minutes I felt like an expert coffee grower.
A mountain range, known as Western Ghats, runs parallel to the western sea board of Indian peninsula. This range is known by different names in different regions. In the North, near the city of Mumbai, the mountains are known as Sahyadri. Down South, the range is known as Bramhagiri range. Coorg region is located on the eastern slopes of this Bramhagiri range. Coorg is much in the south, just back to back with state of Kerala. This sleepy little region, set in the forested slopes, is stunningly beautiful and picturesque with tall trees and all around greenery dotted with red roofed little dwellings and red soil. One gets a feeling here, that the time has somehow stopped.India produces about 300,000 metric tons of coffee beans annually. Out of this, Coorg region alone, produces 120000 tons. Which means that little less than half of the total coffee produced in the country is produced here in Coorg, in scores of plantations like the one owned by Mr. Kiron and visited by me. One striking feature of coffee production of India is that almost two thirds of the production is exported with domestic consumption little on the lower side. Technically, a coffee tree can grow anywhere. However, if you plant a tree in your back yard, the chances of its bearing fruits are rather remote. Even if the tree bears fruits, they are unlikely to have the aroma and the fragrance. This is simply because the ripened fruit have no aroma at all. The aroma comes from the processing and sun drying of the fruit. In this process it absorbs the moisture from the air. For this reason, coffee grown and processed at different locations and even at different mean heights from sea level, have different aromas and tastes. This is one reason for which, coffee plantations are found on lower slopes in coorg region and not on hill tops. Two types of Coffee trees are now grown in India. Arabica coffee plants are smaller and delicate. The leaves also are smaller. Greater care such as maintaining proper soil salinity, needs to be taken for growing Arabica plants. Compared to that, Robusta coffee trees are taller and stronger. They require much less caring than Arabica. Precisely for this reason, almost 60% of Indian coffee is of Rubusta type. smaller tree in foreground is Arabica

Coffee fruits look red and cherry like when they ripen. Some of the fruits bear a single roundish seed. This seed demands higher price in the market and is called as Peaberry. Most of the coffee fruit or cherry bear two seeds and is sometimes called flatberry. After ripened fruits are picked by hand, the outer pulp is removed by two methods. In the first method, the cherries are immersed into water and crushed to remove the pulp. The seeds with some pulp still attached to them, are then dried into sun. The beans produced in such a fashion are called plantation beans in India. In other method. The entire coffee cherry is dried in sun. While drying into sun, the weather, moisture in the air etc. all play a part giving a distinct aroma and taste to the coffee. Dried seeds are then graded, cleaned and polished and then sent to the market. Enlightened with all this coffee talk and to be frank, a fairly exhausting walk around Mr. Kiron’s coffee plantation, I felt very obliging when Mr. Kiron suggested that we have some coffee. Some freshly brewed coffee and biscuits were served to us. The brew was just divine. It was surely one of the best coffee, I have tasted for a long time.
at 9:22 AM