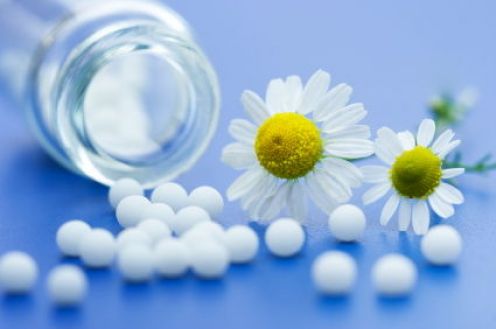 Some time back, I was visiting one of my business associates. When I went to his office, I found that he had gone out for some work and would return only after a little while. I decided to wait in his office. I happened to know one of his assistants quite well and decided to call upon him. I observed that he appeared to be grossly unenthusiastic and positively dejected about almost everything, instead of his usual effervescence. When I asked him the reason for this, he was not very communicative and refused to come out of his shell. In the meanwhile, my business associate came back and we got on with work. Later, I mentioned to my business associate, my observations about his assistant. My business associate told me that there has been office reorganization and that poor fellow has been completely side tracked and superseded by his juniors. Overnight, the fellow has become irrelevant.

Fortunately for our friend, this type of irrelevance is not a one-way street. Our friend can retrieve himself from such a situation, maybe by working harder to prove that he is indispensable to the organization or he may even change his job. This way, he can fully salvage his self-esteem and self-confidence. However, in the life of every person, a point of time comes, when he (which also includes she) finds himself rapidly becoming irrelevant. This irrelevance is irreversible in totality and no person can escape from this reality. However, one may find solace to some extent in the fact that this irrelevance comes only in stages and not suddenly all at once.
The first stage of irrelevance is mostly reached when our bodies start to indicate this fact to us. For a woman, the indication is much sharper with onset of menopause with nature clearly stating the fact that she is no longer relevant to the re-productive process of the human race. However, even here, nature is not that cruel. The process of onset of menopause can continue for many months, giving adequate time for that woman to brace and prepare herself for the change. Men do not get any such sharp indication and may continue to live in a fool’s paradise much longer even though slow and progressive weakening of their bodies indicates the same end fact. Many a persons from either sex may mentally refuse to accept this fact, resulting in many odd and pitiable behavioral problems.
Next stage of irrelevance is imposed by the society on us in most of the cases, instead of our reaching it. We may be fully fit and operational in the physical and mental sense. Nevertheless, most of us are forced to retire from our job. If the person has no other interests, he finds it very tough to be acclimatized to the new realities. He struggles to adjust himself with new financial constraints and loss of so-called self-esteem. For women also, even if she was not the breadwinner for the family earlier, change of status for her husband makes an impact. She also has to face these problems in the form of domestic budgets and change in socializing. Some professionals in service sectors such as accountants, lawyers and those in medical profession are more fortunate and can avoid this stage and continue to work to their capabilities
Final stage of irrelevance is reached when the person becomes weak, mentally and physically. He is more or less discarded by the society and even family members. Only his near family members may pay some attention to him. But luckily for him, he himself is so much detached from the earthly things that these things do not matter to him any more. He has become truly irrelevant.
The way in which a person spends these years between the stage of forced irrelevance and final irrelevance really determines whether he or she is a happy and contented senior.  Many seniors find it impossible to accept the fact that they are no longer required in their job and tend to cling to whatever bits and scraps that are thrown their way. They only deceive themselves and ultimately when the final break with the job comes few years later they are totally devastated and broken. They simply do not have any other interests to turn to and life becomes inconsolable misery. Addiction to drinking or Television is commonplace.
What should be the correct approach? I feel that every person, when he realizes that the nature has given its call to him, should plan for his senior years. Gradually cutting off links to his business should be a good start. Those with a job, have no choice, but have to end abruptly, all links with their job. New hobbies and interests according to person’s temperament and liking must be found. Some people try their hand in social service. Some try writing. New ways of socializing have to be found. Even an hour of chitchat with friends can pull the person through his lonely day. Finally, extra efforts should be made to keep fit and healthy. This may include diet control, exercise and keeping free radicals in your body away. Without physical fitness, happiness can never come to a senior.
We must be open to changes. Seniors should have the eagerness and curiosity of a child to new gadgets and technology. Seniors who developed expertise on computers and internet have found new avenues of socializing like blogging.  They communicate more easily with their far away children.
I happen to know a Lady in her nineties, who wants to learn computers.  Can you beat that? Attitude to life makes a lot of difference.  It is the real difference between relevance and irrelevance.
at 8:45 AM