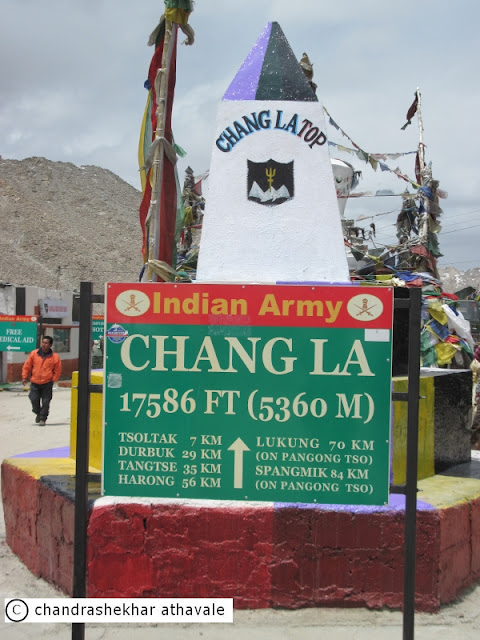 The news, that there has been an another major landslide in Ladakh, this time near Darbuk on the Chang La – Tangste road, immediately reminded me of the wonderful journey we had in Ladakh last year. There is no doubt that Ladakh remains the ultimate frontier for most in India. This land with its fascinating landscapes and stunning beauty is something that is just out of this world for us Indians.  No doubt, Ladakh is fast becoming one of the hot tourist spots in India. When one considers the facts that this tourism window remains open only for 3 or at the most 4 months every year, due to extreme weather, and the mostly primitive infrastructure that exists there, it is a wonder that tourism is prospering in Ladakh in such a big way. 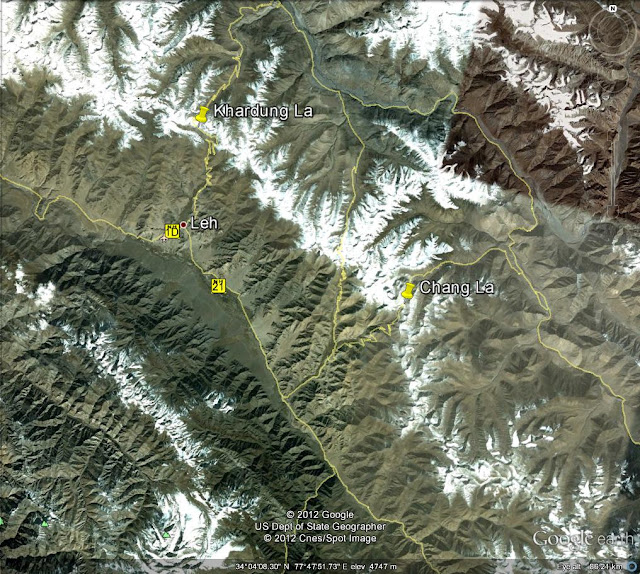 The region of Ladakh consists of a series of mountain ranges lying side by side with rich fertile valleys in between. The central valley is the Indus river valley: Leh, the capital of Ladakh region is situated in this valley not far away from the river bed. To go anywhere else in ladakh, one needs to cross one of the mountain ranges, which are there on the both sides of the river. Thus to go to Nubra valley in the North, it becomes necessary to cross the Ladakh mountain ranges and if one wishes to go towards the east to visit world famous Pangong lake it is necessary to cross the same Ladaakh range, though at a differnt location altogether. For going towards south or towards Manali, one needs to cross the Zanskar mountain range. Since all these mountain ranges are  of towering heights, any attempt to cross, becomes a formidable effort to say the least. There are three major mountain passes in Ladakh range of mountains with motor-able roads. First is the worlds tallest pass with a motor-able road, at an height of 18340 feet, at Khardung La. Second one at slightly lower height of  17720 feet is the Pass of Digar La. The third pass at Chang La with an height of 17600 feet is the only pass available for going to east towards the Tibetan border. 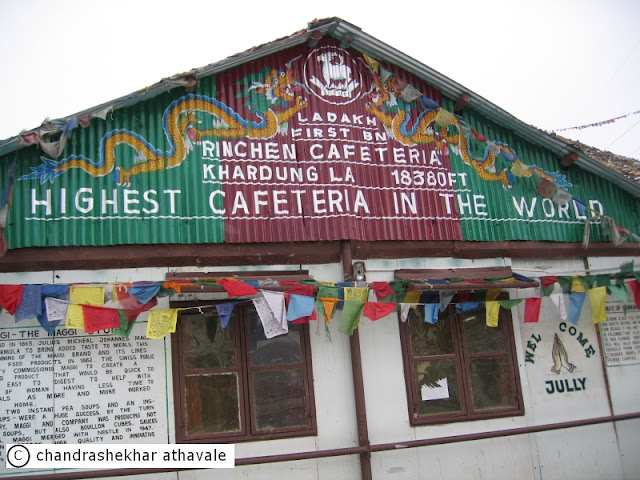 Since the passes of Khardung La and Chang La are the only major passes  available for travel, the traffic during tourist season through these is extremely high. At any given time throughout the day, hundreds are civilian passengers and army men are always commuting on the highways.  The vagaries of weather and this heavy traffic, takes its toll and the roads particularly near the mountain passes are extremely rough and dangerous. Snowfall can occur in the passes at any time. Because of the snowfall, chunks of melting ice can be always found around, which makes the ground soggy and wet. At many a places the road is actually  just a flattish strip of land. The army and the Border roads organization are always seen repairing some or other stretches of the roads.
Another problem is faced by the people crossing the passes. Because of the height, it is not advisable for any one to stay longer in these passes. There is always the danger of height sickness hitting you any time. For some people this can create breathing difficulties, for some stomach disorders. If a person gets stuck in one of the passes because of traffic jam, there is a real danger, which can also turn fatal. I am highlighting this fact here, because I saw last year, small kids and elderly people not in sound physical condition making these trips. Usually travel agents tend to “phew phew” these threats as just an  over caution. Yet the situations can get out of hand and become really dangerous as has been proved by two incidences that have happened this year (2012). 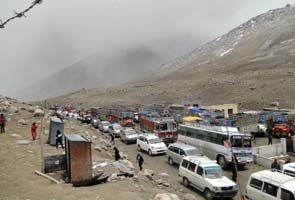 The first disaster struck , when a landslide occurred near the Khardung La- North Pallu  road  and huge amount of debris fell on the road.  As a result around 400 people in 98 small vehicles like SUV and 28 heavy vehicles got struck in the vicinity of Khardung La. When the news of landslide was received , a rescue team led by Leh superintendent of police of  rescue workers from the police, Central Reserve Police Force and Army along with a medical team  reached Khardung La at 7pm. By 8pm, the road was made motor-able for small vehicles and the operation was completed by 11:30pm., officials said. Many of the stranded passengers had complained of mountain sickness  and around 120 people were administered oxygen at the medical aid post as oxygen levels were low in the area. According to reports, the landslides were triggered by unseasonal rain and snowfall.
Ladakh region is actually considered as a desert. It gets hardly any rain from the Indian Monsoon system. However, for last few years, whatever reasons such as climate change, there have been incidences of heavy localized rains as happened at Choglamsar in 2010. Ladakh's geography is such that such massive rainfall waters tend to create flash floods and can create landslides. 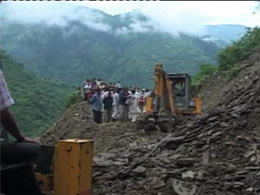 Within a month from the Khardung La landslide, another landslide has hit the road between Chang La and Tangtse . This is an important road because almost everyone , who comes to Ladakh wants to visit Pangong Tso or lake and this is the only road taht can take you to that beautiful spot. This area, from military point of view, is also very sensitive as the Pangong lake is right on Chinese border. There is always very heavy military transportation along this road.   This landslide, which hit the road around 3 pm on 7/7/2012 was  so massive that about 400 tourists and their 200 vehicles have been struck on the road from Chang La to Tangste near the village of Darbuk. Immediately the Indian Army launched a massive search and rescue operation on Sunday 8th July 2012. The Army  has shifted around 400 tourists to military base in Tangste. However, as the efforts are underway to clear the affected road to make way for the vehicles., about 200 vehicles are stranded on the road.
These two incidences bring to limelight, harsh realities of holidaying in Ladakh. It is no place for young children and physically weak people. Tourists are welcome in Ladakh but things can go horribly wrong there. I remember having  met a group of  young college boys in Leh. After two or three days I met them again. This time one of them had a sling on his arm. I asked him about the sling. These young men feeling adventurous, had taken motor bikes on hire to cross the Khardung La pass. This man's motor bike slipped and he had a fall but in spite of that  he narrowly escaped only with a broken arm.  Such are the lurking dangers of Ladakh. One needs to prepare carefully  travel plans and then travel according to the plans. Holiday in Ladakh can be a great one  if one is prepared for emergencies and contingencies alike.
9th July 2012
at 9:28 AM