In Search of wilderness 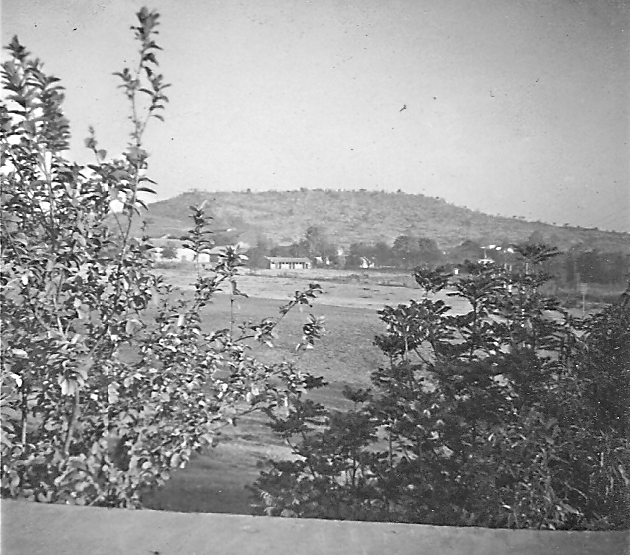 I grew up in the vicinity of the western foothills, which border the city of PUNE. Our house was located on a gentle gradient, originating at the end of the foothills. There was really nothing but wilderness, except for a small, river like irrigation canal, between our house and this foothill. A small dirt road in front of the house, was the only means by which any transportation from the house could be done. Across the road, a huge guava orchard spread for a mile or so. The wilderness area, was just a shrub country. There were no tall trees. Most of the growth was that off ' Babhul' or Gum Arabic shrubs. Their menacing thorns, were always ready to hurt any passer by. No one, except some sturdy goats, went near these shrubs. The goats somehow had that in born skill of avoiding the thorns and munching only the lush green leafy growth. The area was very uneven with little ravines formed by the torrential monsoon floods, which roared down the slope. The floods also had taken away whatever top soil which might have been there, leaving only powdery brown rocky soil on the top surface. Occasionally, black monolithic basalt rocks, exposed by years and years of flood waters, could be seen. In spite of all this barrenness, during monsoon months, the area would be transformed into a lush green grass land. The grasses however never grew up very tall. By month of October, they would be already golden brown. Little springs of water, continuously fed by the water gushing down the foothill, would bring life to this arid area during monsoon months. From no where, small Tadpoles would appear in the water. Small yellow and white flowers would bloom on the sides and a plethora of insects would appear from no where. Small birds would fly form the blue, realizing the abundance of foodstuff. The area would be transformed into a little wonderland.
By winter, all this would be gone. All those little water springs would be dry and all the grasses, now completely dried, would disappear in the soil. Only their roots exposed to sun light would be seen. The area would convert to a dull monotony of radish brown soil with few exposed rocks. The area would however be teeming with insects, rats and their creepy predators. Scorpions, and snakes of all kinds could be seen occasionally. In the summer months these would also be attracted to the cool waters of the irrigation canal and sometimes visited our house courtyard as well. All kinds of lizards, from ordinary house lizards to chameleons could be seen. There used to be, a well maintained, fairly good sized garden around my house. The flowers blooming in the garden would attract battalions of butter flies flashing their colourful wings in the air.
I just loved this wilderness near my house. I have spent many late afternoons, roaming and wandering in that area leading to the foothills. I have spent many summer evenings on the terrace of my house just watching the wilderness. I still recollect those evenings, when the reddish orange evening sun would disappear behind the foothill and the azure blue sky would slowly change to purple and then to jet black colour with millions of stars lighting up. The garden plants would have been watered in the evening. The neighbouring soil, roasted with the sunlight throughout the day, would get wet and produce a ravishing fragrance that would enthrall my senses. 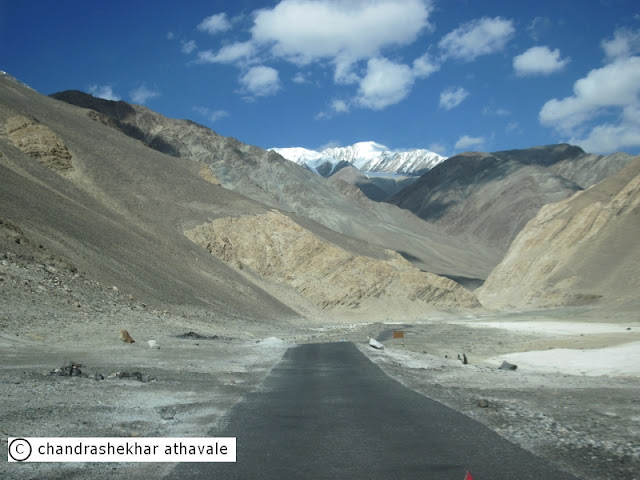 Later, when I was staying in Kashmir, I trekked to Kolahoi glacier. The trek started from a quaint little town of Pahalgam. This small town, situated on the banks of river 'Lidder' is better known in tourist circles, as a starting point for a pilgrimage to the shrine of 'Amaranath'. Two rivulets join each other near this town. One rivulet flows from the 'Sheshnag' lake and the other rivulet is the river 'Lidder' itself. I started my trek along the bank of this miniature river. This river actually flows in a very narrow gorge. On both sides, there are steep mountain slopes. The trek continues along a path which is only few feet wide with a steep mountain on one side and a deep gorge on the other side. The river valley is heavily wooded with 'Deodars' and 'Fir' trees lined along the way. After a rather steep climb of about eleven kilometers, I reached the village of 'Aru'. After sending a night here , I continued my trek to 'Lidderwat', to a height of about eleven thousand feet above sea level. This place is situated in midst of some beautiful meadows with snow capped mountains in the background. After a night's halt here, I started early next morning, towards 'Kolahoi' glacier. After walking for a few hours, I crossed the snow line. The landscape suddenly changed from lush green meadows to pure white ice, with patches of dirty gray. I continued for some more time, the walking now quite difficult on the slippery hard ice. I decided to take a halt and looked ahead. I could not believe my eyes. Ahead of me was a sight which burst upon me as the most majestic panorama, I had ever seen. This was real wilderness, an original creation of nature and totally untouched by man. In the front, there was a huge billow of pure white snow which did not move at all, as if frozen in time and put in a photo frame. I turned my head around. As far as I could see, there were rows and rows of snow capped peaks ,which looked shattered and broken, perhaps only to bow to the majesty of the grandest of them all, the Kolahoi peak. This sunlit edge of sheer rock, towered at least five thousand feet above me. The peak, rising from the bed of pure white billows and glistening in the crystal clear air, looked very ethereal and sublime, the sunshine creating a virtual halo around the edges. A great glacier rolled from the base, of pure white colour near the base and then turning dirty gray few miles down as it approached me. The Kolahoi peak appeared as a head in a wide amphitheater with a circle of snow capped peaks with barren rocky sides and ridges.. Long sweeps of white hard ice, collected in the caverns and ridges, made them appear even more stark and inhospitable. 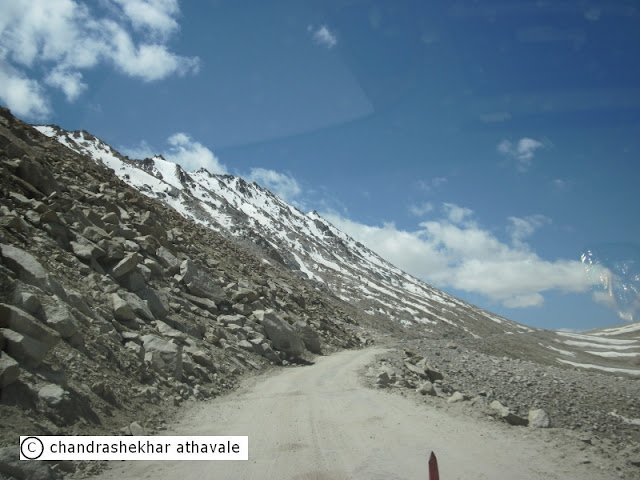 As I was watching, a cloud appeared from nowhere, around gleaming shoulders of Kolhoi peak and as if they were waiting only for this cue, the icy cold winds suddenly let themselves loose. For me, it was time to return. But the picture of Kolahoi peak, even after so many years, remains permanently etched in my mind. Himalayan wilderness is incomparable and absolute. The scale is so vast and the grandeur is really mind boggling.

I could lay my eyes again on a somewhat comparable wilderness in north America. While on a visit to Yosemite national park, I was driven to a vista point called 'Glacier point'. From here, a 'cinema scope' wide angle view of 'Sierra Nevada' mountains, had unfolded before my eyes. Starting with the majestic cliff 'El Capitan' on my left, I could clearly see 'Yosemite falls', 'North dome' and the famous 'Half dome' on extreme right. I always appreciate the Mexican people for naming the straight cut cliff as 'El Capitan'. It is really a chief of mountain cliffs. On the backdrop of snow capped peaks of 'Sierra Nevada', rugged natural beauty of this valley and the blackish gray Granite mountains, very well gets accentuated and enhanced. The view from here, reminded me of the view of Himalayan mountain ranges, which I had seen from 'Kufri' near 'Shimla' in Himachal Pradesh. From here, in the north easterly direction, one can see to the limit of his vision, Himalayan mountain range after range with ice clad, razor like sharp peaks. But possibly, Himalaya landscape is the ultimate of wilderness. The inaccessibility of the region makes it sure that no human activity can ever reach here. 'Sierra Nevada' mountains have been climbed and exploited to the maximum possible effort. With that consideration, what one can see in 'Yosemite' is really worth while. 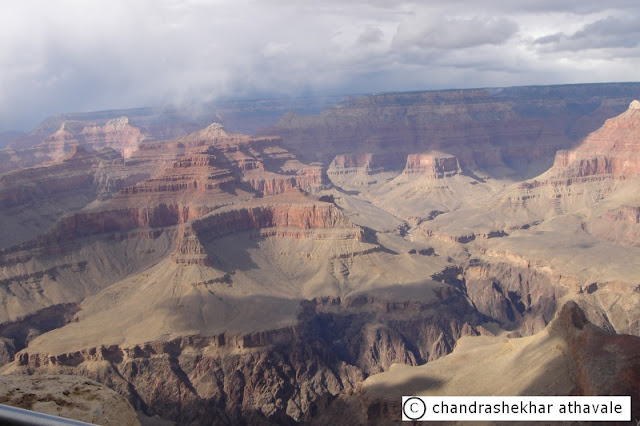 I have always felt that when you enter any real wilderness area, your mood and frame of mind undergoes a sudden transformation. You suddenly sense an inner peace. Your mood changes to sublime and incorporeal. I had this experience when I traveled to Mojave country in America. We had just passed through hilly area around Flagstaff. We had left Interstate seventeen and were traveling on highway eighty nine. The landscape had changed suddenly to that of a desert. On both sides of the road, no man made structure was seen. The red brown earth, electric blue sky and the sporadic appearance of various cacti, had a mesmerizing effect on me. I looked around in the vehicle. Everyone, including the usual chatterboxes, had become suddenly quiet. I believe that the reason for this is that we go nearer to the mother nature here and leave behind all man made stuff. No man made or manicured landscape can create this feeling in you. That is why city parks do look nice but can not give you that inner satisfaction that a visit to a wilderness area can give. 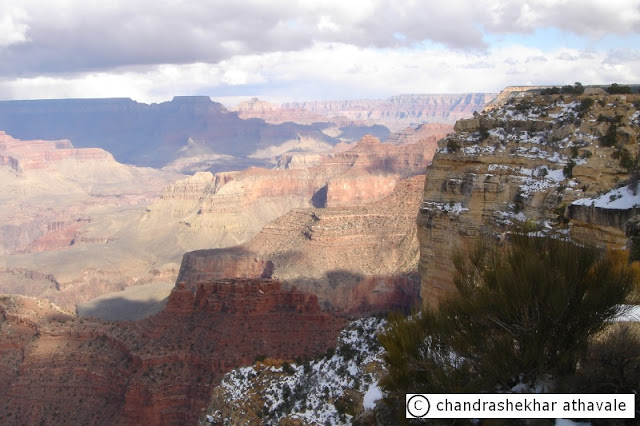 The wilderness near my house is now totally gone. There are no Gum Arabic shrubs and the goats. Those little ravines on the soil have disappeared. In their place a concrete jungle with asphalt roads has come up. In monsoon months, flood waters still comes down from the foothill. But now it flows on the roads, making entire area near my house waterlogged.
I do not watch sunset from terrace of my house any longer.
at 2:17 PM