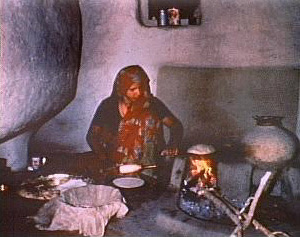 When I was a school-going lad, I used to spend a part of my summer holidays in Mumbai with my mother’s relatives. Their family was rather a large one consisting of three brothers, wives, kids and the aging parents. What I distinctly remember from these visits is the enormous work, the womenfolk of this family used to do in the house from daybreak until late night. No doubt, theirs was a very large family. With so many mouths to feed, my great grand mother along with her daughters in law used to cook almost throughout the day. In those days, I did not feel anything odd about it, but today I honestly feel that it was a colossal waste of those intelligent womenfolk, who were capable of doing much more intelligent and superior types of assignments.
People in the west, realized this long time ago. Perhaps the world wars during thirties and forties brought up the point very clearly for them. A large percentage of male population was involved in the wars. For doing day-to-day jobs, the only choice that was left was to employ womenfolk of the country. The women did rise to the occasion and there was no stopping after that. In these societies, you would find that women do almost all the jobs shoulder to shoulder with men. This was real emancipation of women.
During eighteenth century, the condition of women in India was worst than those of slaves. Some great social reformers like Dr. Dhondo Keshav Karve, realized this and because of their pioneering work, the conditions for women, improved dramatically. To-day, there is equality of education, legal rights for both the sexes. Women can find jobs worthy of their intellect and capacity.
Let us consider a case of a modern urban nuclear family. Here husband as well as wife are both well qualified. Both of them are also equally well employed. In short, theirs is a DIWK (Double income with kids) family. They have super income, all the comforts of modern life. They can go on holidays. Nevertheless, if you look at the individual workload, the wife, besides fulfilling her responsibility at the job, also has to look after kids and the kitchen. She is expected to provide food for the family whatever may be her involvement level in her job. Modern Indian cities have no facilities, which can really help her here. The good eating-places or restaurants are prohibitively expensive and mostly serve oily Punjabi food. The wife cannot even think of this as a daily alternative to cooking at home. The cheaper places are dirty and food is mostly cooked with suspect raw materials and is unhealthy. 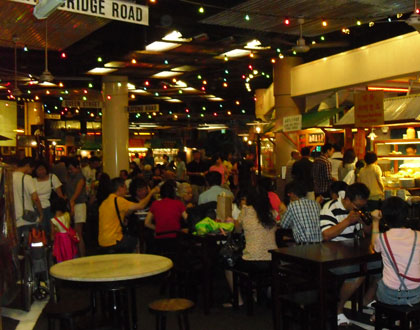 Perhaps, the Singapore experience may be of relevance here. In this city, almost every major cluster of residential buildings, commercial buildings or entertainment enclaves have large eating areas, popularly known as food courts. These places are fairly large sized halls with food vending stalls around the perimeter. The choice of food is just staggering. Chinese, Thai, Indonesian, Korean, Japanese and Indian food to some extent is available. The food is fresh, hot and very reasonably priced. The food is displayed in a very attractive fashion and one can stroll along and make a choice of the menu. The quality of food and the raw materials are top class. All these food courts are self-service areas with low overheads. Government machinery ensures that health standards and quality of food is maintained.
It is no wonder that with this kind of facility available, most Singaporean families do not cook at home. While returning from work, the husband or wife picks up the food for the entire family and comes home. Immediately on reaching home, the families eats fresh, hot food of wide choice and then throw away the food containers. There is no cooking or cleaning the utensils. The singles may prefer to eat in the food courts, where comfortable seating arrangements are provided. With elimination of a major household chore, the husband and wife both can concentrate in a better fashion on their work or looking after kids.
For the people working in these food courts, it is a job and a profession, which earns them a living. 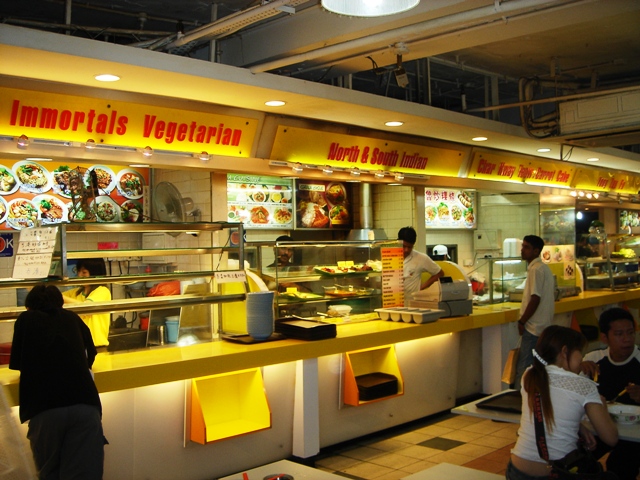 Just try to fit this scenario in the Indian context. Can you imagine the freedom womenfolk would have in India? Indian women are extremely hard working and intelligent. To keep them busy, day after day, in a monotonous job of cooking is a colossal waste of work force.
This would be the real freedom for women of India. The freedom from cooking.
at 9:28 AM