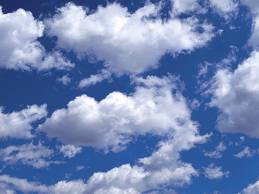 A friend of mine recently mentioned to me, over a cup of coffee, that he would be soon visiting China for some business and had plans to do some sight seeing there, as well. He planned to visit Shanghai and Beijing, and wanted to visit the Great wall and the Terracotta army there. I then remembered having read in a book, that the exhibits near Beijing were not the authentic ones and genuine spectacles were actually located near the city of Xian and therefore suggested to my friend that he should visit Xian. I also suggested to him that he might consider making a trip to caves of thousand Buddha’s near ‘Dunhuang’. I also gave him few tips about weather in China around this time of the year and problems he would face with availability of food, palatable to Indians in general. My friend has since returned. He visited Xian and Dunhuang and was genuinely impressed with what he saw there. On his return, he specially thanked me for the travel tips. He now firmly believes that I have extensively traveled in China in spite of my repeated denials.
This really set me thinking. How could I be so convincing to my friend, when I have never set my foot on Chinese soil except for a night spent in Hong Kong. Then suddenly it came to me. I may not have physically gone to China. Yet, I have traveled extensively, all over this land, along with my author friends. I have explored the medieval silk route from India along with Sir Aurel Stein, the foremost, amongst the archaeological explorers of the early 20th century. My author friend, Annabel Walker had taken many pains to see that I had an exciting journey through Chinese Turkestan, Xinjiang province and great deserts of ‘Takalamakan’ and ‘Lop-Nor’. Another Author friend, Colin Thubron made another journey possible for me through China. This time starting from the shrine of Yellow Emperor in ‘Huangling’, a place about hundred miles north of modern city of Xian, along the old silk road to ‘Kashgar’ and then to ‘Samarkand’in Uzbekistan. Another Author friend, Rob Gifford took me on an epic journey along Route 312 from Shanghai to Starry Gorge and Gobi desert in the North. I could observe the Industrial power of modern China, its polluted rivers and towns along Route 312 and re-visit Caves of Thousand Buddha’s and Great wall itself on my way. 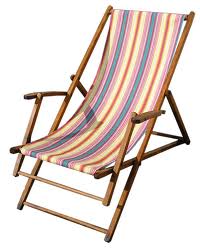 With so much of travel, I perfectly fit into an exclusive class of travelers known as Armchair Travelers. I do not have to spend even a paisa on my travels. I do not have to go through the hassles of booking tickets or hotel rooms or any Visa interviews. Yet I have such rich travel experiences. I have journeyed through length of Japan, watching the Cherry Blossoms. I have crossed the Mongolian Gobi desert on foot with Camels in tow and stayed in ‘Girs’ of Nomads. I have had extensive river journeys on the Nile River from Lake Victoria to Egypt, Lena River in snow bound Siberia and Mekong River from Southern China to Laos, Cambodia and Vietnam. I have trekked across war-razed Afghanistan. I have done Parikrama around Mount Kailash in Tibet. I have made a trip to Re-birth Island in Kazakhstan, which happens to be the place where Russians carried out tests for their chemical weapons such as Anthrax. 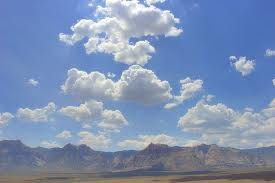 Advent of internet has brought in a new dimension for armchair traveling. So far, I had some rudimentary maps printed in the books to guide me through my journeys. Now days, I click on ‘Google Earth’ to guide me through my journeys. I see the terrains and photographs of places, narrated in the book. It is a wonderful experience and I recommend it to all the armchair travelers. Recently I read a fascinating book named ‘Brahmins and Bungalows’ describing many places in south India. The book describes a small place called ‘Devbagh’ near ‘Karwar’on southwestern coast of India. I liked the place and checked it on ‘Google Earth’. The views from sky are very fascinating. A forest enclave right on the beach, with little huts to stay. It is really a tourist Gem but quite unknown.
Sometimes these armchair journeys take you into history so well. An author tries to follow the path once traded by Mogul king ‘Babur’ in Afghanistan. This journey is more of history than anything else is. On the other hand, a journey through Vietnam or Cambodia cannot be anything else but a journey through ravages of war. Sometimes, these travelogues make you realize the pathetic miseries of the people you meet on the way. The helplessness and vulnerability of these people makes you feel really very sad. The Siberian nomads for example, are one such people. The Bolsheviks destroyed their livelihood and way of life, and then the Soviet Oligarchy made them totally dependent on the state. After Siberia became a republic, independent from Russia, the state support was totally gone. These people now find themselves in a very pathetic situation with almost no means of livelihood and no future, with many of them turning towards drinking and antisocial activities. I wonder if anybody, traveling on an organized tour, would ever hope to get this kind of insight.
For seniors like me, this perhaps is the best way to travel.
at 8:53 AM