Solving the riddle of the Indus valley civilization! 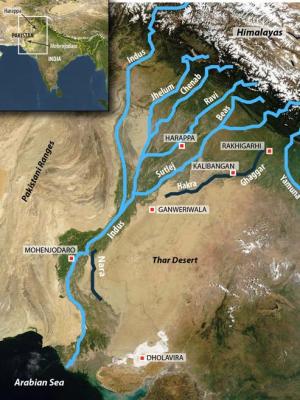 Traces of the most ancient civilization in the Indian peninsula, were first found in 1920's, in the Indus valley. Since then, a vast amount archeological research has been carried out along with excavations in the Indus valley as well as in the basins of the tributary rivers of Punjab. It has been more or less confirmed now that the earliest village like human settlements were first established in this area around 4500-5000 BCE, near Mehrgarh in present day Pakistan. These settlements later morphed in the Indus valley urban centers and settlements like Mohenjodaro or Harrapa around 3900 BCE and continued to flourish till about 1500 BCE. 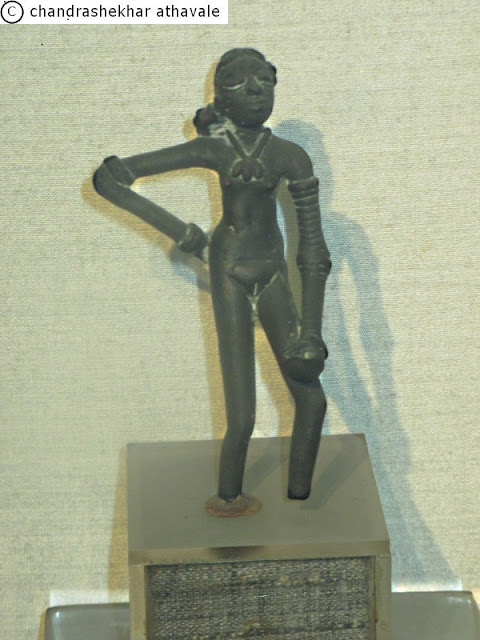 It has been always a mystery and a riddle to the scientists, that this flourishing civilization suddenly collapsed around this time and disappeared from the history. Over the decades, many theories like Aryan invasions, huge earthquakes and shifting of riverbeds, have been put forward, explaining demise of the Indus civilizations. None of these theories have been proved in scientific investigations, carried out.
The ancient Indian scriptures known as the Vedas, composed over 3000 years ago, describe this region of the Indian peninsula, west of the Ganga basin as “Saptasindhu” or the land of seven rivers. Out of these 7 rivers, Indus and its five tributaries are easily recognizable. But the 7th river known as Sarasvati and described in the Vedas as "surpassing in majesty and might all other waters" and "pure in her course from mountains to the ocean,” has not been discovered in known history. Scriptures describe that Sarswati river was fed by perennial glaciers in the Himalayas. The Ghaggar river in Punjab flows only in monsoons and dissipates into the desert along the dried course of Hakra valley, is today considered as the best approximate successor to Sarswati from the locations given in the scriptures. But its Himalayan origin still remains a controversy. The sudden demise of Indus civilization and disappearance of Sarswati river remain the biggest mysteries of the ancient history of the Indian Peninsula as yet.

A report of a study, published on 28th May 2012 in the Proceedings of the National Academy of Sciences and lead authored by Liviu Giosan, a geologist with Woods Hole Oceanographic Institution (WHOI) claims that they have found the answers to both these riddles. The study was done from 2003 to 2008 from the Arabian Sea coast to the fertile valleys of Punjab and the northern Thar Desert in Pakistan. Over this period, Liviu Giosan's team of 15 international experts, which Included Prof Ronojoy Adhikari of the Institute of Mathematical Sciences, Chennai, studied satellite photos and topographic data collected by the Shuttle Radar Topography Mission. From this data the team created digital maps of landforms in the basins of Indus and other rivers. This analytical work was then confirmed with help of field work in the area, consisting of drilling, taking core samples and digging deep trenches to study cross-sectional views.
With this data, it was possible for Giosan's team to reconstruct the landscape of the plains habitated by Indus civilization 5200 years ago (3100 BCE), how the great cities like Harrapa were built and the gradual disintegration of the plains that took place in a period 3900 to 3000 years ago (1800 BCE- 900 BCE). Armed with this information, Giosan's team was able to draw following conclusions. 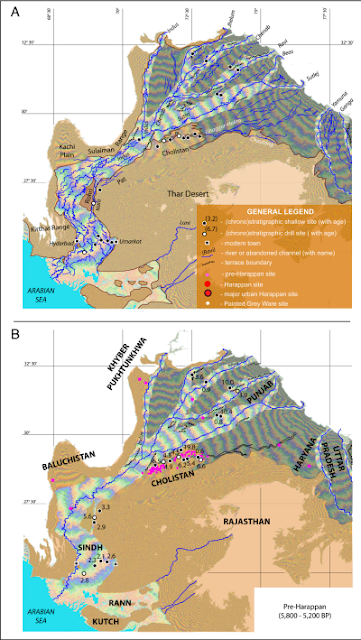 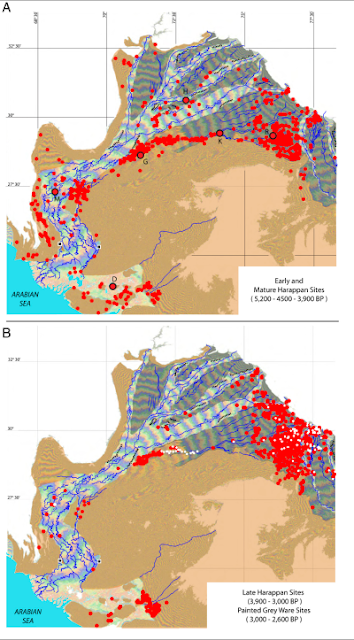 One of the co-authors of the report, Dorian Fuller, an archaeologist with University College London, says "Once we had this new information on the geological history, we could re-examine what we know about settlements, what crops people were planting and when, and how both agriculture and settlement patterns changed, This brought new insights into the process of eastward population shift, the change towards many more small farming communities, and the decline of cities during late Harappan times."

Before this massive human habitation had settled in, for previous ten thousand years, wildly flowing river Indus and its tributaries had deposited rich soil sediments on stretches between them. The research team led by Giosan has been able to discover a massive mega-ridge 10 to 20 meters high, over 100 kilometers wide, and running almost 1000 kilometers along the Indus, in this mounded plains. It has been named as "Indus mega-ridge," as it was constructed by the river itself with sediments deposited along it's entire lower course. Remains of Harappan settlements, which are found today are not buried underground in this ridge but rather lie at the surface of the ridge.

The monsoon rains that brought floods to the rivers, actually started declining with time. Weakened monsoon rains and reduced run-off from the mountains, helped in taming the wild Indus and its Himalayan tributaries, so that agriculture along their banks became possible. As a result, human settlements bloomed along the Indus and its tributaries from the coast to the foothills of the Himalayas. The weakened monsoon rains created a window of about 2000 years in which Harappans took advantage of the opportunity and a great civilization arose on the banks of Indus and tributaries. Indus civilization, was built on bumper crop surpluses along the Indus and the Ghaggar-Hakra rivers from this earlier wetter era and required a huge concentration of workforce. This workforce requirement developed into great urban centers like Mohenjodaro and Harrapa.
As monsoon weakened progressively, this window of prosperity began closing and widespread aridification of the lands, where plenty of water was available earlier, drove the Harappans eastwards east or towards Ganga river by 1500 BCE, where monsoon rains remained reliable. The economic structure in the east with local rain-fed farming and dwindling streams could only support smaller agricultural surpluses and could not support large cities of Indus civilization. The cities collapsed and with them the urban arts such as writing. The population in Ganga basin now dispersed in small agricultural communities, survived and even diversified.

The study also reports another major finding, which solves the riddle of Sarswati river. Archeological evidence suggests very intensive human settlements during Harappan times in the basin of Ghaggar-Hakra river, which is believed to be the long lost Sarswati of the Vedas. The geological evidence like presence of sediments, topography discovered in this study shows that these rivers were indeed sizable and highly active in this region, most likely due to strong monsoons, during Harappan period. However these rivers were not Himalaya fed rivers. There is no evidence of waters of nearby Himalayn rivers like Satlaj or Yamuna flowing in this river. The study therefore suggests that Sarswati or Ghaggar-Hakra river was a monsoon fed perennial watercourse and the aridification reduced it to short seasonal flows like at present.

This study also raises an issue of concern for the present day Indus river system in lower reaches. Giosan says that "Today the Indus system feeds the largest irrigation scheme in the world, immobilizing the river in channels and behind dams. If the monsoon were to increase in a warming world, as some predict, catastrophic floods such as the humanitarian disaster of 2010, would turn the current irrigation system, designed for a tamer river, obsolete." This is a warning for Pakistan.