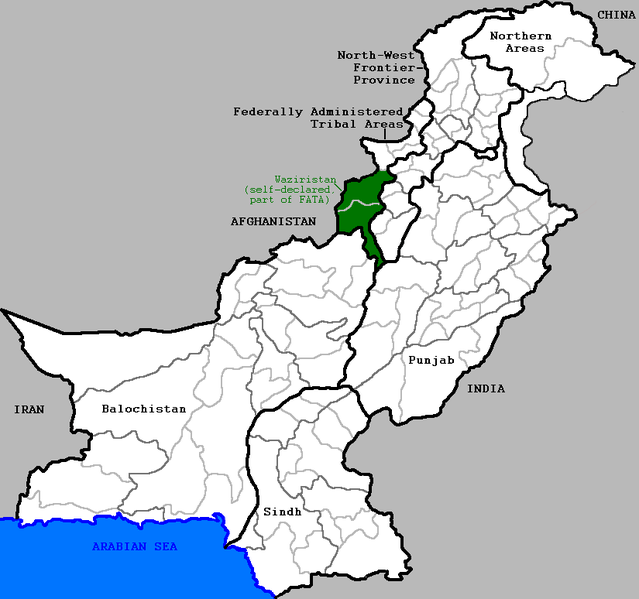 In 2011, when India became Polio free, It was officially announced, that all around the world, only three countries now remained Polio affected; Afghanistan, Nigeria and Pakistan. It however appears that the dream of making the world Polio free is going to take little longer as many as 22 cases of Polio were reported from Pakistan in this year, mostly in border areas; nine in Khyber Agency and one each in North and South Waziristan Agencies. Rotary international has been actively involved in the international Polio eradication programme for more than a decade. As a member, I have participated in this programme every year in whatever small way I could help, like giving doses to children on specific days etc. I have seen much awareness in parents of young children about this crippling disease, even with very poor parents. This was always a very welcome sign and has ultimately led to make India Polio free.
It was expected that after India, Pakistan would follow suit and overcome Polio. However now it seems that this dream is not going to be achieved any sooner. Hafiz Gul Bahadur, the believed host of the Haqqani network in North Waziristan Agency and a powerful Taliban commander has said that that the 'shura' (council) of militants had decided to ban the vaccination drive as long as US drone strikes continued in the region. He also claimed that the vaccination campaign was actually a cover for American spies.
In March 2012, the World Health Organization (WHO) had warned Pakistan that if the polio virus was not contained, it could face serious consequences, including travel and visa restrictions, from the world community. Taking cognizance of this warning, All stakeholders, including the government, World Health Organization, NRDF and UNICEF had organized a three-day vaccination drive in June 2012 in all the high risk areas of the tribal belt, including the Khyber, Bajaur, Mohmand and Kurram Agencies. It was planned that over 0.77 Million children below age of 5 would be immuunized against this crippling disease. Mr. Shahibzada Khalid, deputy director of the Expanded Programme on Immuniztion for the tribal areas. Says that “North Waziristan was on the list until today. But now we have taken it off due to the threat from Hafiz Gul Bahadur.” This means that about 16000 children below age of 5 would have to miss this Polio booster dose. 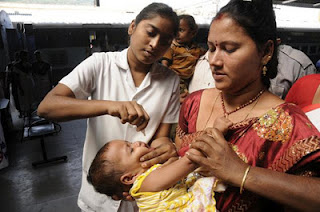 According to Pakistan's health officials, the federally administered tribal Areas remain the last stronghold of polio virus because of its difficult terrain and reservations among tribesmen about the vaccination drive. Mr. Shahibzada Khalid agrees that North Waziristan as a “high risk” area and if the planned vaccination drive is not carried out in the region, thousands of children would be at risk and feels that the virus may also spread to other agencies and neighbouring districts of Khyber Pakhtunkhwa. Only last year, after a gap of almost 8 or 10 years, 14 or 15 cases of Polio were suddenly reported in Chinese province of Xinjiang and it was believed that the virus had travelled from adjoining Pakistan.
It is obvious that the ban will seriously impact polio eradication efforts in Pakistan, which is now one of the only three remaining countries, where Polio is still prevalent. Eradication of polio should really be national goal of Pakistan and every Pakistani citizen should have supported this drive to immunize children. It is very unfortunate that a part of the citizenry thinks otherwise and have tried to link this international drive with some political goals and whip up anti America feelings.
One can only hope that the people opposing this Polio eradication drive, would see the light at the end of the tunnel. If they do not see it, there are chances that Polio can spread once again to parts of India and China. (As happened in 2011). There is a greater need for health officials in border areas of India to watch the people travelling in from Pakistan and give booster doses to all small children below 5, who cross over to India for a visit.
29 June 2012
at 9:11 AM