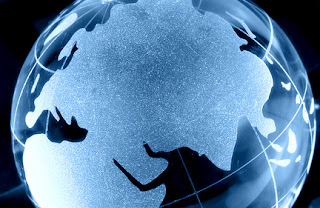 In my childhood days, we sometimes used to play a game, which we called as address game. This game worked like this. All of my friends had to write their house address on a piece of paper. The boy whose address would be longest, was declared as the winner. You may be wondering, how can you make the address longer?. It is actually quite simple. Our address normally consists of the house number or condominium and the block numbers, street, the postal zone if any, within your city or town, name of the city, state, country and finally ZIP or PIN number. There are two ways in which you can make this address longer. Firstly you can go on adding details like “opposite XYZ school” or “ NearABC shop” etc. Secondly you can subdivide the country further and say North India or South USA etc. After this, at the end, you can mention your subcontinent, your continent- say Africa, Americas or Asia and finish the address with words like world, earth, solar system, Milky way galaxy and Universe. The game can become quite imaginative as players can think of many innovative ways to make their addresses longer and longer.
I am reminded of this little game of ours, because Internet is exactly trying to do this, but for a reason. The internet works by transporting packets of data from one host to the other, using routers that identify each host by its unique address. With the astronomical growth in the number of Internet users and web sites, Internet now requires address system that can accommodate this growth in the internet addresses for a long time to come. Before we go into the new number system or protocol as it is known, let us first find out, how internet actually works? Each and every device that is connected to internet is uniquely identified by a number called as ip (Intenet protocol) number. When I upload a blogpost on my website, my computer, which has a definite host ip number tries to contact my website ip number. My website, http://akshardhool.com, also has a unique ip number. When any of the reader wants to a access my blog, his computer with its unique ip number again, contacts my website ip number. We can therefore see that on internet, everything is known by a number. Some of the popular sites like facebook has many ip numbers like for example, 69.63.184.142 or for google like, 64.233.167.104. It would be clear from these examples that ip addresses are basically a set of four individual numbers which individually can be at the most a three digit decimal number. Each of these four numbers is called a Byte and can be written as a 8 digit binary number. The full range of ip addresses written in decimal form starts from 0.0.0.0 and ends with 255.255.255.255

An international body known as The Internet Assigned Numbers Authority (IANA) has the responsibility of allotting the ip numbers to all internet users. It would be obvious to anyone , who knows little bit of arithmetic, that the present ip address numbering system or protocol has limitations. In the present numbering system or protocol, which is known as Ipv4, each address is a 32 bit integer. With the complete ip number structure as mentioned above, it is possible at the most, to accommodate 4.3 billion internet users from all over the world in the present Ipv4 protocol.
With the increasing use of mobile devices and tablet computers getting connected to internet, it was realized that present Ipv4 protocol was just not sufficient to accommodate such vast number of devices accessing the internet and it was necessary to release a new ip numbering system or protocol , which would be able to accommodate even greater number of hosts. The Internet Assigned Numbers Authority (IANA), which is an initiative of the non-profit Internet Society, released on 6th June 2012 a new ip address numbering system called Ipv6. In this new protocol, each user or host has a 128 bit integer address instead of 32 integer address of Ipv4. With this new numbering scheme total number of addresses that can be accommodated work out as 340 trillion, trillion, trillion or almost infinite numbers for the World Wide Web to grow in.
Ipv6 addresses are written as a 8 Byte Hexadecimal number like in following example: hhhh:hhhh:hhhh:hhhh:hhhh:hhhh:hhhh:hhhh.
Each of the Byte of this address consists of a 4 digit Hexadecimal number.
These addresses can be written in 3 possible ways.
In this full notation, pairs of IPv6 bytes are separated by a colon and each byte in turns is represented as a pair of hexadecimal numbers, like in the following example:

In Shorthand notation, IPv6 removes the bytes containing all zeros (though the bytes are still present in the actual network address) as follows:

It appears to be bit complicated first, but it is not and as internet users get used to it, it may appear quite straight forward later.

Because of this new protocol, corporations now have a lot more freedom in defining their addresses on the internet. Google, for example, has filed for extensions like .youtube, .google, .docs and .lol as top level domains with IANA. Such kind of domain names have possibility of branding and high creative potential. Fees paid by Google for making an application to get such domain names is reported to be $180,000. 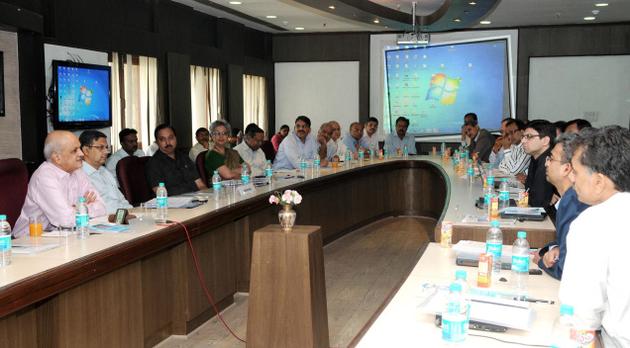 The Internet Assigned Numbers Authority (IANA) is entrusted with the job of distributing available internet protocol addresses to the five regional information registries (RIR). In Asia, the Asia-Pacific Network Information Center, comprising of fast-growing countries India and China along with other 56 economies, had already exhausted its allocation of IPv4 addresses. On 15th April 2012, this RIR received the new block of IPv6 addresses from IANA. This allotment of Ipv6 was the first ever distribution of this new protocol made in the world.
With this new protocol, it is believed that it can accommodate as many hosts as wanted to access the internet and the problems like ip conflicts would be things of the past.
7th June 2012
at 2:49 PM