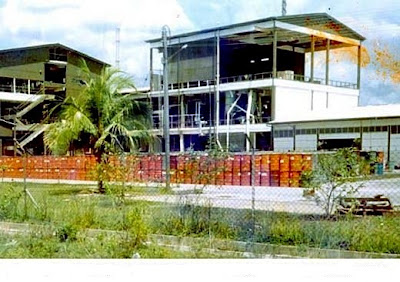 Do you Remember Bhopal disaster incident, that happened in India in 1984? It happened on the night of December 2–3, at the Union Carbide India Limited (UCIL) pesticide plant in Bhopal, state of Madhya Pradesh, India. Hundreds of thousands of people were exposed to a leak of methyl isocyanate gas that night. The official immediate death toll was 3,787 and another 3,000 died within weeks and later another 8,000 died from gas-related diseases. India learned the lesson rather bitterly that dangerous industries should never be located near big towns.
A similar incident but on a micro or a nano scale to Bhopal disaster has come to light in Malaysia. Since the scale of disaster was very small, not very many people have really noticed it. But the situation was equally dangerous for the handful of villagers, who were subjected to it. The state of Perak, located in north of Malaysia is a poor state. Thirty years ago Mitsubishi Chemicals of Japan offered to build a rare-earths refinery in the village of Bukit Merah. Since this was a direct foreign investment in a very backward area of the nation, Malaysian authorities jumped on the proposal and approved it. The plant was built and production of rare earth metal was started almost immediately in 1982. A contractor, who was awarded a contract to dispose of radioactive waste from the then-new facility says that the plant’s Japanese operators told him that it could be used as fertilizer. However, the waste contained thorium, a carcinogenic radioactive chemical and was simply hauled away and disposed of in fields and rivers around Bukit Merah, home to about 15,000 people. Same contractor, who is now 68 years old, says that he has a rare skin disorder and skin from his hand peels away. He is now avoided in the village with no one ready to even touch him. Bukit Merah village of today, a once-idyllic farming community, is marked by some dilapidated brown wooden houses and a falling population. 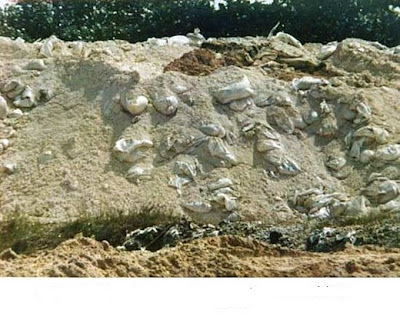 When the plant opened, villagers immediately started complaining of a foul smelling, stinging smoke. Since everyone staying in the vicinity of the plant was totally ignorant about what is being produced, the waste disposal was carried out with shocking recklessness. The waste was just buried in the pits that were dug near the river in Bukit Merah without any special care. Occasionaly, lumps of wet thorium sludge would fall off the trucks carrying it on the roads. Ignorant school children would walk through it. A 56 year old lady, who was working at a timber mill adjacent to Mitsubishi facility, remembers vividly the pungent, choking, smell she endured those days. She was pregnant at that time and she frequently fell ill. Malaysia’s frequent heavy rains caused, carelessly dumped waste from the Mitsubushi refinery, to flow into the timber yard. This lady along with others, cleaned it up with no protective gear and soon suffered swelling in her legs and hands. Her daughter, now 24, was born with just one kidney, has a short neck and a pair of low set eyes. She has persistent headaches, suffers from frequent dizzy and fainting spells and has been plagued by health problems since birth, as a result of which, she dropped out of college at 19. 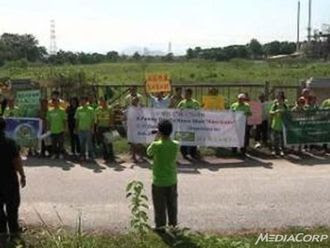 It is reported that the village and surrounding areas have seen increased rates of leukemia, birth defects, infant deaths, congenital diseases, miscarriages and lead poisoning in the years following the plant’s opening. Mr. T. Jayabalan, a public health consultant, who lived in Bukit Merah in the late 1980s, started for fighting for the plant’s closure and documented sufferings of people. He says that he has documented at least 11 deaths due to blood poisoning, brain tumors and leukemia. Everyone in Bukit Merah agrees that Mitsubishi’s rare-earth refinery was Malaysia’s worst industrial tragedy and has caused a lot of pain for the residents, who are suffering in silence. 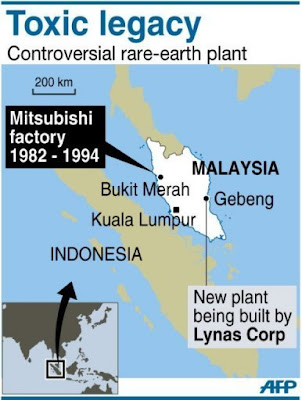 As a result of a mounting public outcry, Mitsubishi Chemicals closed the plant in 1994. and made a one time measly payment of about US$ 1,58000 as compensation to the local community to aid victims. A secret understanding was reached between the Government and the company that Mitsubishi Chemicals would shut the facility in exchange for a moratorium on lawsuits. The government on its part, has neither admitted nor denied radiation poisoning in the village. After the plant was dismantled, radioactive waste that was previously kept in rusting metal drums has been removed and buried in an isolated limestone hills nearby. But environmentalists say that due to rusty containers radioactive waste is likely to get mixed with soil and the dump site remains a health threat. The site, where this facility stood once, is surrounded by a crumbling concrete wall, The cows graze on grass where refinery once stood.
Bukit Merah now highlights the environmental hazards and problems that are associated with rare earth processors. The demand for rare earths is continuously rising due to requirements of highly sophisticated industries in larger and larger quantities. But there are major concerns over the environmental impact of processing these minerals. 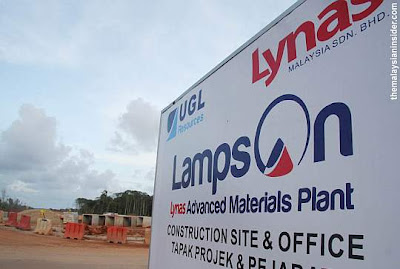 Since there are not many takers for establishing a rare earths refinery, China is controlling almost 95% of world's supply. Chinese in any case do not seem to bother much about environmental impact of smelters and other metal processors as has been seen in number of parallel cases (Lead poisoning of children living near Manganese smelters.) and are probably allowing new rare earths refineries to come up. To break Chinese stranglehold on rare earth metals, Australia’s Lynas Corp has been allowed by Malaysian Government to set up a US$800 million rare-earths processing facility in Pahang state. Government claims that this project would be an economic boost for the relatively undeveloped east coast. The project has been dogged by protests by environmentalists and residents who fear a repeat of Bukit Merah. In fact, this new project has generated so much resistance that a green movement has now started in Malaysia. Lynas however vows that the facility will be safe.
It seems to me that we may never learn from Bhopal and many more, Nano Bhopals', are likely to take place round the globe with such projects still being put up near human habitations. It is abosolutely necessary to move such projects far away from any human habitation or places which are important from environmental point of view such as forests and rivers. Only this would ensure and save lives of innocent people.
28 June 2012
at 9:17 AM