From Xuan Zang to present day truckers, Salang Pass- a pain in the neck 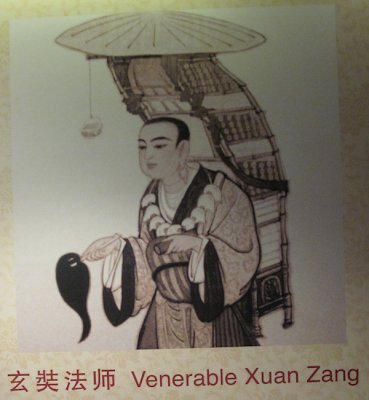 In the year 632 CE, a learned Chinese monk made a journey by land from China to India, in search of the original Buddhist scriptures and teachings. His name was Xuan Zang and he had believed that true Buddhist religion was being practiced only in India. Every one knows about his travels, yet very few understand that Xuan Zang's travelogues are perhaps our only guide books about the political, social-religious and geographical conditions of this region in those times. Xuen Zang left the Chinese mainland by the northern silk route, passing through Turfan, Karashahr and Aksu to reach Central Asia. From there, he travelled to the cities of Tashkent and Samarkand, from where he crossed into Afghanistan to reach the city of Kunduz. From here, his next destination was the city of Kapisa. However between these two cities, stood a formidable obstacle in the form a mountain ridge known as Siah Koh or Black Ridge. This mountain ridge, equally formidable even today, is known as Hindukush.
There were only two known passes by which Xuen Zang could cross over to the other side of the black ridge. The first pass on the eastern side was near the city of Bamiyan. Xuen Zang was, in any case, very keen to visit the giant Buddha statues of Bamiyan and therefor took the longer route from Kunduz to Bamiyan through Balkh. After visiting Bamiyan, he crossed the Hindukush mountains through a pass known today as Shibar Pass. 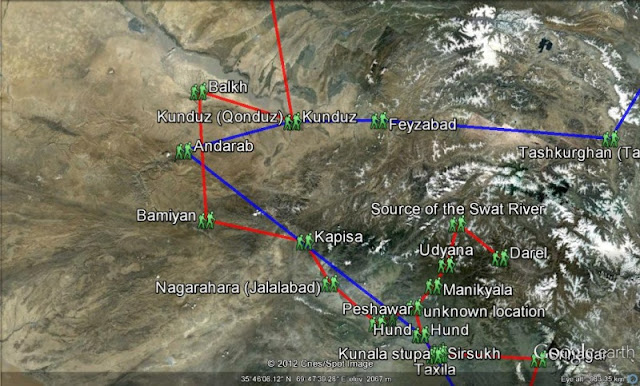 “ Going to the north-east of this kingdom, traversing mountains and crossing rivers, and passing several tens of little towns situated on the frontier of the country of Kapisa, we come to a great mountain pass called Po-lo-si-na (Varasena), which forms part of the great snowy mountains. This mountain pass is very high ; the precipices are wild and dangerous ; the path is tortuous, and the caverns and hollows wind and intertwine together. At one time the traveller enters a deep valley, at another he mounts a high peak, which in full summer is blocked with frozen ice. By cutting steps up the ice the traveller passes on, and after three days he comes to the highest point of the pass. There the icy wind, intensely cold, blows with fury ; the piled snow fills the valleys. Travellers pushing their way through, dare not pause on their route. The very birds that fly in their wheeling flight n cannot mount alone this point, but go afoot across the height and then fly downwards. Looking at the mountains round, they seem as little hillocks. This is the highest peak of all Jambudvipa( Indian Peninsula). No trees are seen upon it, but only a mass of rocks, crowded one by the side of the other, like a wild forest. Going on for three days more, we descend the pass and come to 'An-ta-lo-po (Andar-ab).” 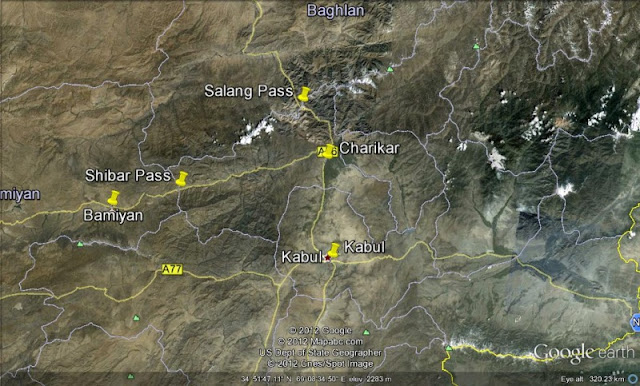 The difficulties and hardships suffered by Xuen Zang in crossing this pass, which is known today as Salang Pass, are present even today and are equally painful for the travellers of today, even when there is a motorable road and a tunnel under the pass. This tunnel , built in 1964 by the Soviets, was never completely finished. It lacks amenities like interior surfacing of the walls and an escape tunnel. The tunnel lighting or closed-circuit television cameras installed to warn of problems do not work. The roof leaks water and converts the terrible potholed road below into a mixture of mud, chopped-up asphalt and broken concrete. Ventilator fans in most of the tunnel are out of order. This creates extremely high levels of carbon monoxide inside the tunnel. There is even a proposal to pump emergency oxygen in the tunnel. The tunnel also has a tragic history. Nine hundred Russians and Afghans had died of asphyxiation in this very tunnel in 1982 when a military convoy was trapped inside by an explosion. 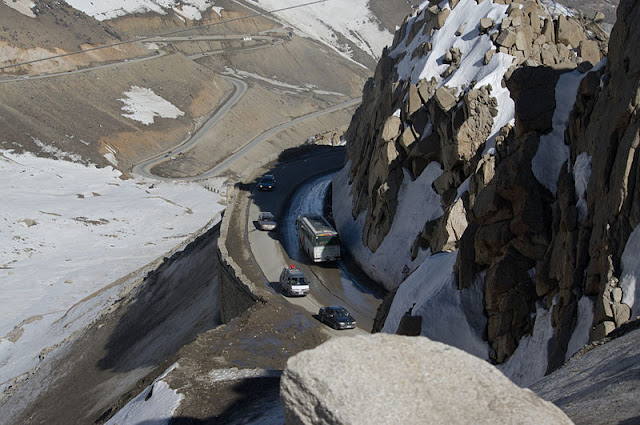 Yet, in spite of all the difficulties, Salang pass tunnel and the Kunduz -Charikar-Kabul road is perhaps one of the most congested roads in Afghanistan with thousands of trucks patiently waiting to cross the pass, because it is the only motorable way by which goods and fuel can be brought in from central Asian cities to Kabul, which also includes fuel and other supplies for NATO forces. On any day, one can see for 20 miles north and south of the Salang Pass tunnel, thousands of trucks idling beside the road and waiting for a turn to get through its perilous, one-and-a-half-mile long tunnel.

It is a nightmare for the truckers as The tunnel near the top of this 12,000-foot pass is very narrow, only about 20 feet across at the base, and less toward the top. The heavily laden trucks often jam as they try to overtake one another. Many a times, the trucks have to be winched apart and dragged out by heavy equipment. Because of underestimating the 16 ft overhead clearance only at the center, many trucks also get stuck. 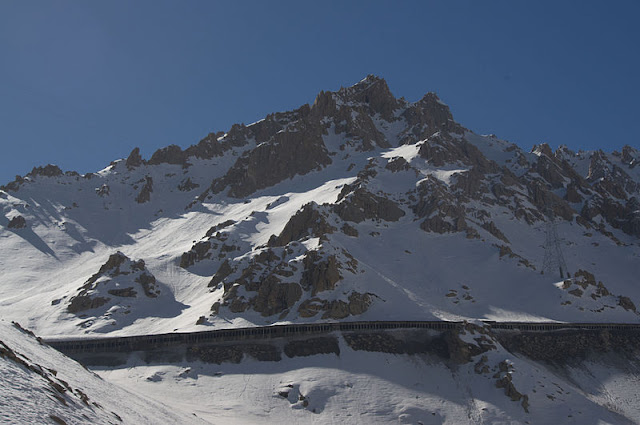 Two years ago, huge avalanches at the southern mouth of the tunnel, killed at least 64 people, who were buried alive in their cars and buses. There is a real danger of the tunnel collapsing as no maintenance work is possible because the route is too vital and can not be closed for repairs. Even though the tunnel has too many problems, there is really no real alternative. This tunnel was designed to handle about 1000 trucks passing through on each day. It was handling about 2000 trucks till November 2011 and since Pakistan banned NATO truck traffic passing through Khyber pass, Salang pass tunnel is now handling a huge truck traffic, reaching almost to 10000 vehicles every day. 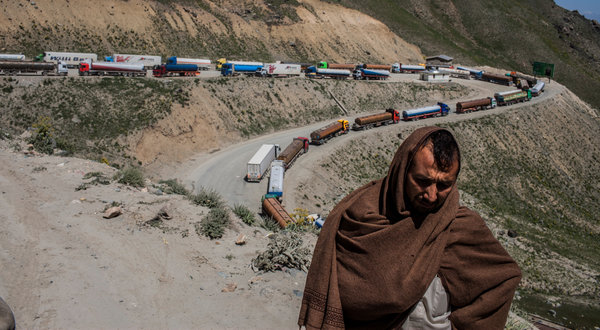 The much-shorter Pakistani route, from Karachi and through Khyber pass was closed to protest the deaths of 24 Pakistani soldiers in an American airstrike. Later Pakistan showed willingness to re allow the traffic for a fee of thousands of dollars per truck instead of previous $250. US and NATO think this as pressure tactic and prefer to use Salang Pass.

It is obvious that Salang pass can not continue to be used in this fashion before a major breakdown occurs. Only choice is to use the pass by which Xuen Zang came into India, the Shibar pass. However the road through this pass is narrow and involves a three day detour. Also there is a real danger of getting looted and security arrangement would have to be improved.

NATO has now announced time table for withdrawing its forces from Afghanistan. It is obvious that bulk of the withdrawal would be through Salang pass. The resultant congestion and the chaos is just unimaginable.