Reducing the number of tea ladies 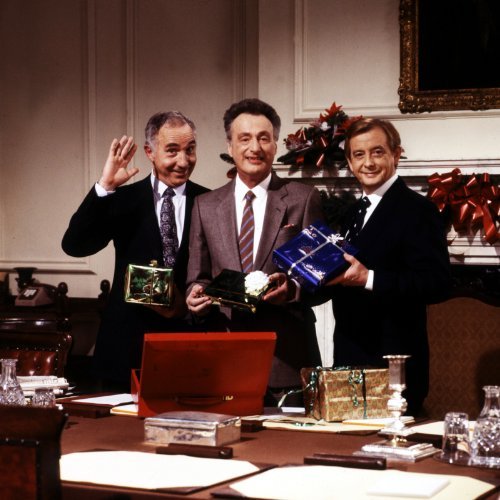 I always consider “Yes Minister”, a TV comedy produced by BBC, as the best political satire classic, ever produced. "The Economy Drive" was the third episode of this serial and was first broadcast on 10 March 1980. In this episode, Jim Hacker, the Hon. minister for administrative affairs and his permanent secretary Sir Humphrey Appleby are seriously discussing about slimming down the civil service. Best part of the episode comes at the end, when Sir Humphrey comes out with the final solution of the problem and gives Jim hacker a brand new proposal for slimming down the civil service: a proposal to reduce the number of tea ladies.
I am very much reminded of this “Yes Minister” episode, after reading about the latest austerity measures announced by India's finance ministry. We all know that the Indian Rupee is in dire straits. Rupee has lost it's value against US$ by as much as 20% in last 20 months. The root cause of India's ills is the huge difference between imports and exports, even when Dollars earned from services and money sent by Indians abroad are added to export figures. Last year India's total import bill was a staggering amount of US$ 489 Billion and as against this exports could reach only a figure of US$ 300 Billion, leaving a huge defecit of US$ 185 Billion. Government has been encouraging foreign investments in the country to bridge the Dollar inflow -outflow gap since economy opened up in 1990. 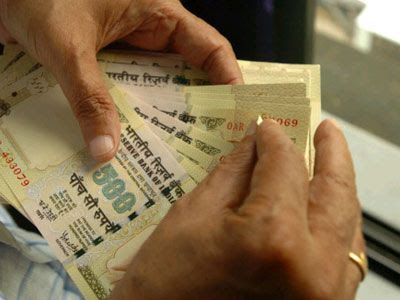 One of the principal reasons for this huge disparity between Dollar inflows and out flows is the huge crude oil bill, which was about US$ 150 Billion last year. Instead of raising domestic petroleum prices to match the imported crude prices, Government imposes taxes in various forms such as excise, sales tax and entry taxes on petroleum products and the revenue collected is paid back to refineries as subsidy. This may save the image of the Government, but it can not solve the balance of payments crisis. With petroleum crude prices remaining firm and even increasing, the only way in which Government of India can maintain Rupee parity is by increasing the Dollar inflows. The present political difficulties have virtually put a ban on increasing foreign investments. The crude oil bill also can be reduced to some extent by increasing ethanol percentages. Ethanol, which is mostly produced in India from Sugar cane molasses, is controlled by powerful political entities, who want to have much higher prices for ethanol, with the effect that refineries prefer to import more crude oil instead of buying local ethanol additives. 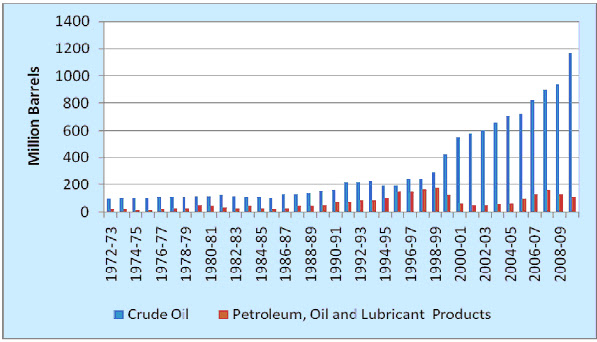 Unless Government takes some basic harsh steps to improve foreign direct investments such as allowing foreign investments in retail, insurance and banking, chances of improving balance of payment situation, appears a very hard goal to achieve. Added to the economic woes is the raging inflation, mainly fueled by Government's bombastic welfare schemes. Out of the money spent on such schemes, how much actually reaches the target beneficiary is a likely subject for speculation and research. Instead of taking, required unpleasant and harsh steps, Government has now announced a slew of measures which are hilarious and are almost at the level of 'reducing a number of Tea ladies' from the BBC serial “yes Minister”.
These measures include
* Enforcing a 10 per cent reduction on budgetary allocations for holding seminars, workshops and conferences,
* Ban on holding meetings and seminars in 5-star hotels,
* Ban on purchase of vehicles except for defense forces, paramilitary personnel and defense organizations,
* Adhering to the quarterly ceilings under foreign travel expenses,
* Ban on creation of plan and non-plan posts.
Quite hilarious! Isn’t it? I am sure that Sir Humphrey Appleby would be surely delighted that our Delhi bureaucrats have done even a +1 on his exploits. He may even congratulate them.
20 May 2012
at 12:22 PM