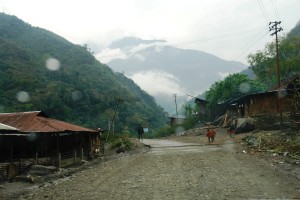 Mrinal Talukdar and Suman Dev Choudhury, two young documentary makers from Indian state of Assam, claim that they have discovered an easy road from Assam to China with a very short distance of only 400 Km. Assamese news magazine 'Sevensisters post' says that this road can make possible a trip to China through an all-weather road, winding its way through undulating hills and valleys of the Eastern Himalayas. 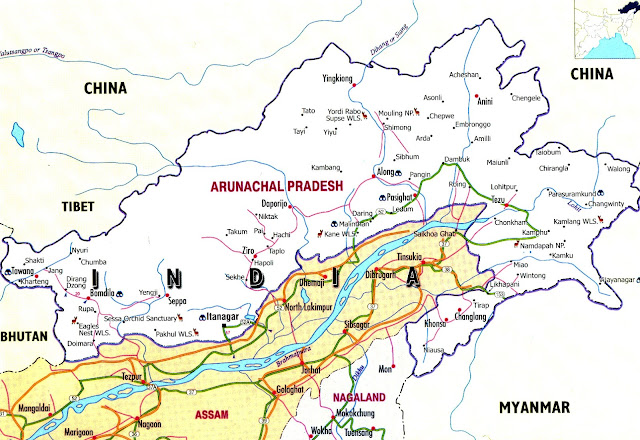 This rather unknown road starts from Tinsukia in upper Assam and passes through Parasuram Kunda, Hailalyung, Walong and finally Kibithu, traversing a distance of some 300 km through hilly terrain befor it reaches Kaho town and then the border region between India and China in the Lohit river valley. After crossing the border, the road reaches ancient town of Rima in Yunnan province of China. Mrinal Talukdar says that there are very easy and good roads right up to the border and they are not very mountainous. If both Governments agree, one can drive down to china with a fuel cost of just 2000 Rupees. He adds that the geographical terrain is so surprisingly easy and smooth, with both sides having good roads all the way up to the border. On the Indian side, the road from Tinsukia to Kibithu is an all weather road free of snow. Only for about 3 Km length near the Line of Actual control (LAC) the road is broken off completely. Beyond the border, China has already built an all-weather four-lane highway connected to the interior. 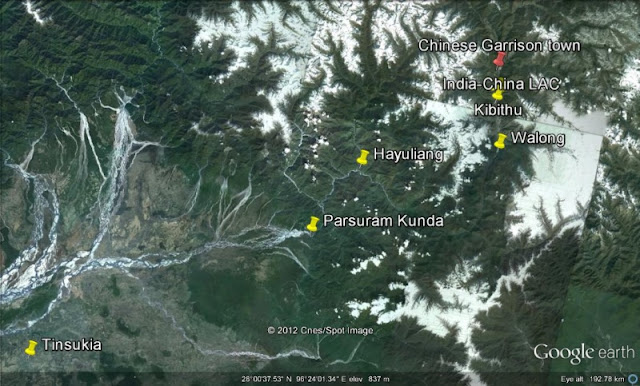 If experience gained at Nath-La , after the border was opened for across border trade, is anything to go by, it is obvious, that such a road to China would benefit the people living in the border region of both India and China. This route has another advantage. It does not enter Tibet at all, but Yunnan, which always has been an integral part of China.
Bérénice Guyot-Réchard, a graduate student studying history at University of Cambridge, under guidance of Dr. Joya Chatterji, says in his thesis entitled as 'Decolonisation and State-Building on India's North-East Frontier, c1942-1962' that British found an old route between Assam and China while exploring the Lohit Valley. This route was used by Traders, pilgrims, smugglers and even prostitutes. Two biggest cities on this route were Tinsukia in India and Rima (Which does not exist now) in china.
The film maker duo, has produced a 26 minute documentary on the subject for Ministry of information and broadcasting, Government of India. For making this film the duo travelled from Guwahati in Assam to Kibithu in Arunachal Pradesh.
This short route can be a mojor boost for the trade between two countries. At present, only land route between India and China, known as Stilwell Road and connecting Ledo in Assam to Kunming in Yunnan province of China, traverses through 400 Km of dense jungles.
According to the film makers, this route is known from ancient times. Delhi emperors like Qutubuddin Aibek and Aurangzeb even sent their generals on expeditions here with an idea of snatching some parts of Yunnan province.
This documentary indeed opens a new possibility of connecting China proper with India by road. However, things obviously are not as simple as they appear. Firstly there is the military threat from Chinese and secondly this route is very near the opium production centers of the golden triangle and may turn out to be an easy exit for the opium trade.
8th April 2012
at 4:00 PM