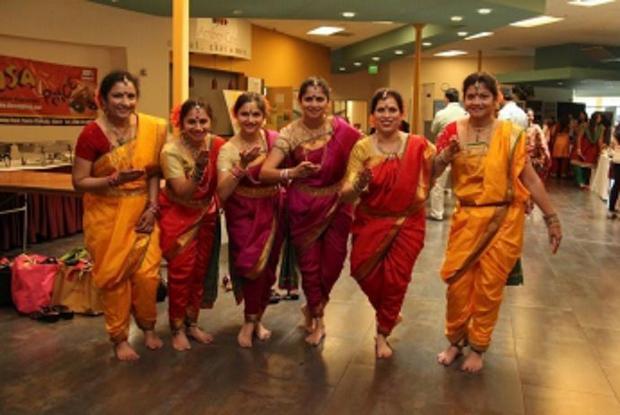 There is this lady, with whom I am well acquainted. She must be in her fifties with her overall physique inclined towards slight chubbiness. Her kids now have grown up and are busy with their own life. Her approach towards life is very healthy and she tries to enjoy and derive maximum happiness from her life. She also is a member of a woman's club and attends their meetings regularly. She can meet there a few friends of her age group having common interests. The meetings of the group are very enjoyable for all the participants, as they can spend some of their spare time in the company of like minded friends and forget worries and tensions of daily life. This woman's group, decided few months back, to arrange a dance programme, with own members as participants. Surprisingly, the dance they selected for the performance, was the famous but hot dance from Maharashtra region of India, the Lavani dance.
Subsequently, most of the ladies of this group, started practicing for their dance performance. This lady, whom I know, also took part in the dance with great enthusiasm. On the fixed day, the dance performance was carried out in the presence of spouses, children and parents of all group members. The day was very enjoyable with everyone participating. This lady naturally enjoyed the event very much and returned home in a very happy mood. However her children, who had gone to see the dance performance, rather reluctantly in the first place, did not share her happiness and looked distinctly downcast. They were unhappy to see their mother dancing in this fashion and felt that it was most embarrassing moment for them. They told their mother point blank, that they did not approve her dancing and in future she should never take part in such dances again.
Recently a TV channel in England ,Twentieth Century Fox, carried out a survey in which they collected data from about 1500 British teenagers. I happened to see the report about the findings of this survey recently. While reading the conclusions of this survey, I suddenly remembered this lady and her children, as they and the surveyed British teenagers, had a striking similarity of views.

Let us first see what the surveyed teenagers say! These British teenagers feel most embarrassed, when they have to watch their fathers dancing enthusiastically in family get-together or when the fathers publicly show off their affection and love towards the teenaged children. These teenagers also hate their mothers for telling, the same stale old jokes repeatedly, or for getting drunk. These teenager kids say with absolute conviction that if their parents continue to behave in this embarrassing fashion in future also, they would never introduce their girl or boy friends to the parents. 63% of the surveyed teenagers feel that they are more embarrassed with the behaviour of their fathers and they do not spend more than 3 or 4 hours in a week, talking to their parents. The time spent on social networking sites and mobile phones by these kids, is many times more than the time spent with their parents.

This survey had also covered the parents and they were asked a different set of questions. Some of the answers given by the parents appear to be very revealing about how their minds are working. Many of the parents are so desperate to have a good impression on their kids that six out of ten parents bluff to their kids that they were hippies or punks or mods during their youth. Many of the parents bluff to their kids that they used to attend regularly 'stage shows of music groups like 'Beatels'.
Jenni Trent Hughesm is a social scientist from Britain, who is carrying out research about relationships, says that teenager kids usually find out the truth about their parents and feel so embarrassed that they prefer to spend their spare time in their own bed room alone instead of talking to the family. When parents bluff to the kids, at the first instant they believe in, and then try to boast to their friends about it. These friends mention this to their parents, where it is immediately found out to be a bluff. Later when the kids find out that their parents were trying to lie to them, they start loosing confidence in their parents.
This survey has clearly shown that the basic human nature remains same in spite of place, race or time. When a parent, who was a border line student and just about managed to pass his examinations, tries to bluff that he was always a topper in his class or a parent, who had never willingly set foot on a playground, tries to convince his kids that he was always a champion, his bluffs never stand true for long and are immediately found out to be lies. According to me, a person telling these kind of lies to the kids is an absolute idiot and need not be given any further thought. He would probably get, what he deserves from his kids.
However, when children feel embarrassed with their parents, because of some triviality, like father dancing during family reunions or mother telling stale old jokes repeatedly, one needs to find out the real cause or reason of this embarrassment. I think that the reason for which kids feel embarrassed in such trivial cases, is quite different. To start with, most of the teenagers look at their parents as sort of a role models, whom they must follow. When they find that their parents are indulging in some trivial activities, which does not match with the attributes of the role models they have in their minds, they start feeling that after all, their role models have only feet of clay. Many of the kids are not able to adjust to this fact and have a mental conflict which makes them lonely and aloof.
Some of the parents of teenaged kids or older children, whom I know, appear to be making a deliberate effort in this regard. In Indian societies, social drinking is considered a taboo. Many parents stop social drinking in India, when their children grow up. Some mothers or mothers-in law too stop wearing jazzy fashionable clothes and switch over to sober kind of a dresses, when they have a daughter-in-law in the family or when their daughter grows up.
If the parents, whose children have grown up, start keeping a distance from the kids, their kids would never feel strange towards them or feel embarrassed. If this does not happen and the kids form some kind of conviction about the parents once, they are only likely to move away from the parents mentally if not physically. Also there is a natural feeling with grown up kids that their parents should now move back and vacate the center stage for them. However if kids continue to feel that parents are sidetracking them and are still trying to hog the lime light, they resent it and move away from parents to create their own world with the friends. 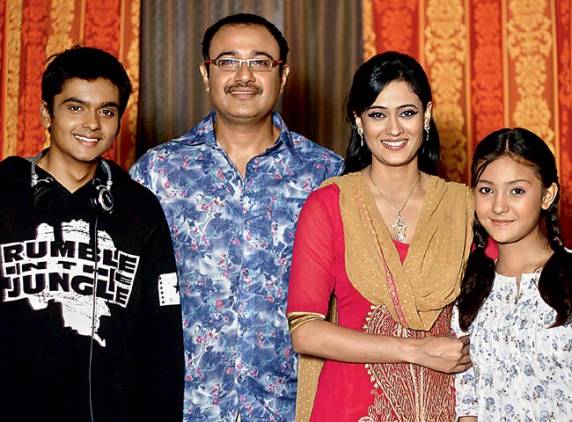 In traditional Indian societies, Seniors or elders in the family were always considered as the ultimate authority and each and every thing was done after informing them and after having taken their permission. These elderly persons also normally behaved, possibly because of their age, in a way, which made younger members of the family pay respect to them and solicit their advice. This social system is now out dated and no longer prevalent. The parents in a nuclear family of now, therefore also have to substitute for the role of the traditional elderly to some extent. This means that such parents should learn to keep a distance between them and the teenaged kids. In fact, the parents have to become friends, philosophers and guides for the kids and not their pals. This would ensure that kids are no longer embarrassed with the parents and have no reason to resent or keep aloof from them.
30 May 2012
at 2:41 PM