For Russian aerospace industry, a dream ends with a disaster 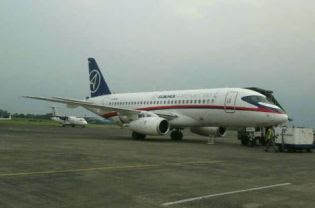 In the month of February 2006, the then Russian president, signed a decree creating a huge aviation entity by combining the nation's six major aircraft design and manufacturing companies into a single holding with substantial state control. The companies that were merged together were all Aviation giants of the Soviet era, namely Sukhoi, Mikoyan, Ilyushin, Irkut, Tupolev, and Yakovlev and were now merged into a company named United Aircraft Corporation. Out of the companies that were merged, Mikoyan and Sukhoi are famous names for Military fighter aircraft whereas Ilyushin was known for it's military aircraft used for transport. Other companies mainly manufactured civilian aircraft and cargo freighters.
Along with the merger, it was also acknowledged that Russian aerospace industry was withdrawing from the wide- body passenger jet business but plans were afoot to manufacture a state of the art, passenger jet with 100 seats, which would compete with Embraer from Brazil or Canadian Bombardier. The new aircraft code named as SSJ 100, first took to the skies in 2008 and was intended to replace the Tupolev-134, the workhorse of Soviet short-haul aviation, which was involved in several disasters in the last decade and which many airlines such as Aeroflot have now withdrawn from service.
The plane was designed and manufactured by Sukhoi's civil aircraft division in a US $1 billion Superjet project. Italy’s Alenia Aeronautica, which is part of the partially state-owned Italian conglomerate Finmeccanica. was successfully wooed to take a stake in the project and now holds 25% share in Sukhai's civili aviation division. Commercial flights started in 2011. 'Armevia' the national carrier of Armenia and Aeroflot are using about six to seven planes over short haul routes. Sukhai also have managed to sign deals with Italy's Blue Panorama Airlines for 12 planes and with Mexico's Interjet for 15 planes. 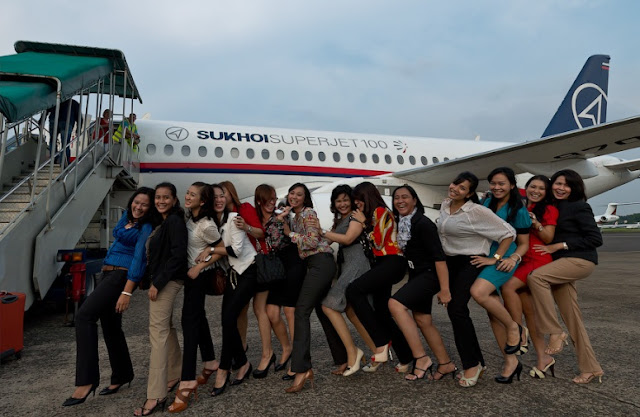 Things were indeed looking rosy when a road show was planned to show case the plane in interested markets. In the first part of this promotional tour, the plane was flown to Kazakhstan and then to Pakistan. From here, the plane was supposed to fly to the Indonesian capital Jakarta. However some strange action was observed by airlines watchers. The particular aircraft that was flown to Pakistan, bearing serial number 97005, was suddenly flown back to Russia and another aircraft bearing serial number 97004, was flown to Jakarta instead. Company spokesman has refused to give reasons for this action and has just said that aircraft went back “to take part in tests”. In Jakarta, the aircraft made two demonstrational flights on May 9th 2012 with much fanfare. On that fateful day, the aircraft, on it's third flight, suddenly disappeared from the air controller Radar screens. A big hunt was immediately launched by Indonesian authorities. The Aircraft was found to have slammed into a dormant volcano after takeoff. Wreckage of the plane was located near mount Selak in west Java, killing at least 45 people, mostly Indonesian airline representatives and eight Russians. The loss of the plane naturally sent shock waves through the Russian aviation industry. The plane was piloted by Alexander Yablontsev, a hugely experienced and considered, Sukhoi’s leading test pilot, for the Superjet. 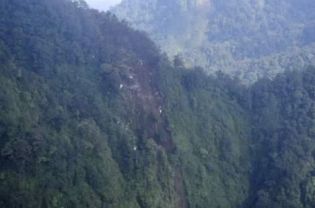 Number of controversies are now raging between Russians and local Indonesian authorities. Russians accuse the air traffic controllers that the plane was asked to fly at 6000 ft, when there are number of mountain peaks around with 7000 ft. Height. This was denied by Indonesians. Russians have announced a compensation of US$ 50000 to the next of kin. Indonesians have asked for US$ 1,35000 for each victim. The black box from the plane has now been found in semi burnt state. Indonesians want to check up the box before handing it over to Russians.
The experts may or may not find the reason for disaster, but the project has taken a big hit. Russian defense and aviation experts agree that any catastrophe of this dimension, greatly damages the reputation of the type of plane involved. With this kind of disaster happening on the demonstrational flight of the aircraft itself, only few very brave airlines, may opt for this aircraft in future. Sukhoi are always considered as legendary Russian plane makers. Their hopes of becoming a major player in the short haul aviation market, have been dashed at least for the present.
16 May 2012
at 2:26 PM