Filling in the blanks! 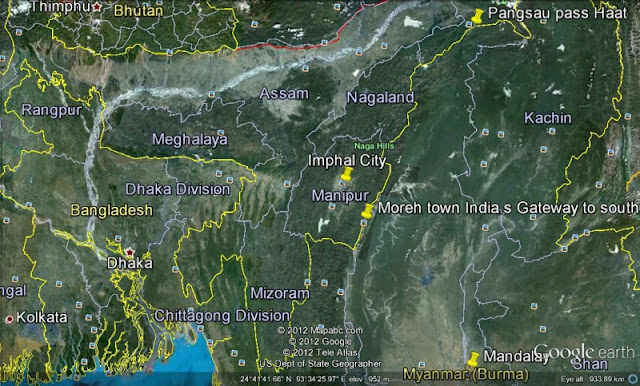 North-Eastern states of India, which are commonly known as 7 sisters, have one common feature. They are completely land locked and are hemmed in by foreign countries from almost all directions, by Bangladesh from west, by Myanmar from east and south and China from the north. Their access to rest of India is through a narrow strip of land between Nepal in north and Bangladesh in the south and which is aptly known as Chicken Neck. This geographical reality for these 7 sisters states has always been a hindrance in their development as modern constituent states of India. Talking about distances, nearest major Indian ports of Diamond Harbour and Haldia, near city of Kolkata is more than 1000 Km away from Imphal, state capital of Manipur state and further two to three hundred Km more from state of Mizoram. Compared to this, Sittway port in Myanmar, is just five hundred odd Km from Imphal and only 200 Km from Mizoram-Myanmar border. I am giving these details just to highlight the fact that the infrastructure development in Myanmar is very crucial for further development of the 7 sisters states and in particular of Manipur, Mizoram and Nagaland.
An agreement was signed between India and Myanmar in April 2009 regarding development of Kaladan transport project, which also includes development of Sittwe port. The project has been awarded to an Indian company ‘Essar Projects’ and involves constructing a port at Sittwe and a jetty at Paletwa, 120 kilometers of road to be built in Myanmar from the river terminal in Paletwa to the India-Burma border in the northeast. The project will have 333 miles (539 kilometers) of waterways and 140 miles of roads. It would be completed in 36 months at the cost of about $ 75 million and is entirely financed by India. It is expected that this project would boost links between ports on India’s eastern seaboard and Sittwe in Arakan (Rakhine) State, Myanmar. From there, goods will be shipped along the Kaladan River from its confluence near Sittwe to Paletwa in Chin State and by road to India’s Mizoram State, which will provide an alternate route for transport of goods to India’s landlocked northeast.
Besides this major agreement, India has been assisting Myanmar in number of areas since last few years. 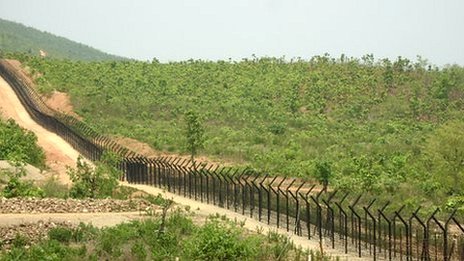 Before India gained independence from the British in 1947, both India and Myanmar were part of British India. This fact and the close regional relationships between Indian states of Mizoram, Manipur and Nagaland, with regions of Myanmar across the border, have developed into strong historical, cultural and economic links that exist between the two sides of the border. This relationship had a severe setback in 1961, when military dictatorship took over Myanmar, as they through out most of the Indian traders from Myanmar. As a result of this, until the 1990s, India was a strong supporter of the pro-democracy movement of Aung San Suu Kyi, who had studied in India and whose mother had served as ambassador in Delhi. In 1990, Realization came to India that China was gaining in influence in Burma. A policy change over was made and India started to reach out to the generals as part of its "Look East" policy. In spite of strong opposition from western world, India undertook number of projects in Myanmar, particularly in infrastructural area. 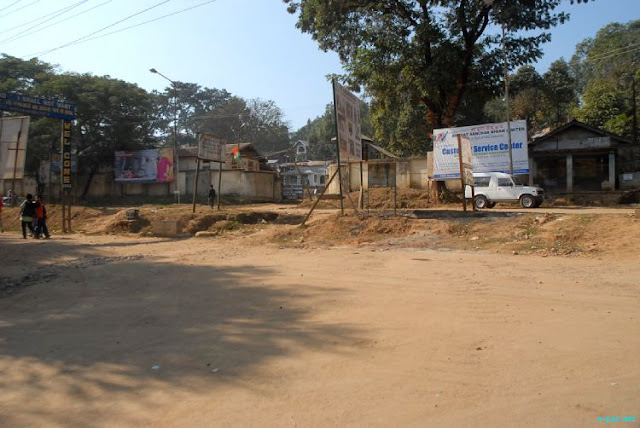 Since return of some resemblance of democracy in Myanmar, there appears to have been more brainstorming on part of India, to integrate her Myanmar policies within overall guidance of the 'Look east' doctrine. India is now thinking about Myanmar not just as a neighbour but rather as a gateway to south-east Asia and ASEAN. Along the long India-Myanmar border, there is a small border village called 'Moreh' in Manipur state. This town with a single, dusty lane in the middle of the town, with rows of wooden shops, restaurants and houses lining either side is destined for a big future. A border trading mall or 'Haat' has come up here recently as per agreement with Myanmar Government. 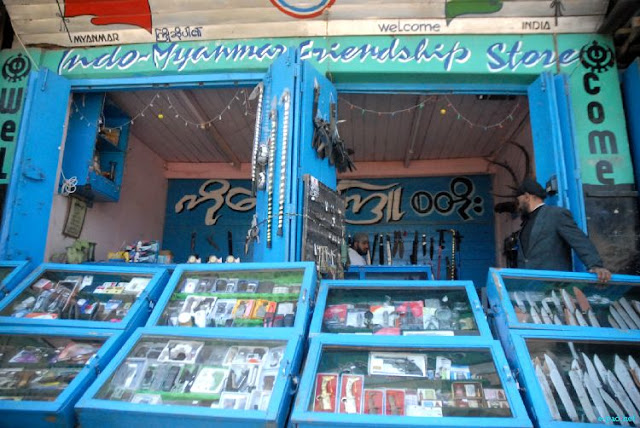 At 'Moreh' town, which is now connected with Imphal (Capital of Manipur state) with an all weather mettle road, India is creating infrastructure that is fit for an important border town. A ceremonial archway, a barrier just beyond it and then a large, shiny border gate with the Indian state emblem on it ( like at Bagha border post in Punjab) have been erected. This is being done because India is planning to make 'Moreh' town as the entry point of a Trilateral Highway, joining India, Myanmar and Thailand, which would later be the key to the proposed Asian Highway network. Strong historical, cultural and economic links that exist between the two sides of border are India's plus points as it tries to gain goodwill from Myanmar. India has strong political and strategic interests in Myanmar. 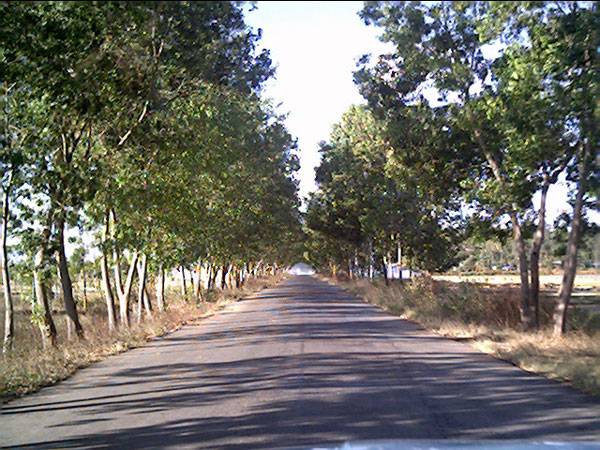 Moreh- Imphal Road
After taking into consideration above background information, importance of the slew of agreements that were signed during visit of Prime minister of India to Myanmar on 28th May 2012 becomes relevent. Some of the agreements are inclusive of following.
* A $500-million line of credit extended to Myanmar..
* An air services agreement that will allow Indian carriers, (Public and private), to combine flights to Myanmar with other destinations in South East Asia and beyond.
* Establishment of a joint working group to examine the feasibility of rail connectivity between the two countries and movement of freight from India to the ASEAN region.
* The Imphal-Mandalay bus service to be started in future when an all-weather road in Myanmar is ready.
* Another border trading mall or Haat at the Pangsau Pass in Arunachal Pradesh that will function on the lines of Moreh Haat.
* Indian banks will be allowed to open representative branches in Myanmar and the RBI and Central Bank of Myanmar will sign an MoU for currency arrangements.
* A private Indian Oil explorer, Jubilant Energy has been awarded an onshore block in the Central Burma basin and the site is located 125 km north of Yangon.
In my earlier blogpost, I had listed out many goodies offered to Myanmar by the Indian Government since 2009. The above measures, when seen as an extension of previous agreements, make the entire game plan clear. With these slew of measures, it is obvious that India intends to fill in the blanks not only to create infrastructure to facilitate growth of the 7 sisters states of India but also to make Myanmar a bridge to South east Asia and ASEAN. For Myanmar, this is a golden opportunity to improve the living conditions of the people living along border areas, as any improvement in infrastructure would automatically boost volumes of trade and which would bring immense benefits to the poor people.
29th May 2012
at 2:55 PM