Confusions galore: Have your pick! 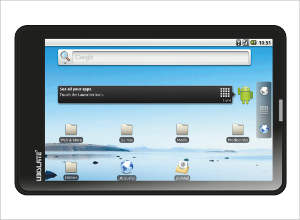 Thomas Paine, one of the founding fathers of United state of America once said " That government is best which governs least.” Some of the recent actions of the Government of India do make us realize, how true he was, as Another bombastic scheme undertaken by Government of India, now appears to be heading towards the trash can. Any tax payer would ask the Government about taking up such schemes, which only mean a great loss to the exchequer. This time, it is the great plan to develop and supply an inexpensive tablet computer for schoolchildren that is heading towards complete disaster.
This scheme was launched about 21 months ago, when In September 2010, the Minister of Human Resource Development & Communications and Information Technology, took to the lime light and showed to the press, a small tablet computer, which was to be called as “Sakshat” and which was to be distributed by the Government to higher secondary school students. It was said that the tablet would be launched in next 4 months. The work of development and manufacture was awarded to HCL Info Systems, through an open tender for which the company had made a bid.
However, no such tablet computer came out in the market as HCL Info Systems, developed cold feet after fully realizing enormity and implications of the job they had accepted and decided to back out. A fully sensible decision from company point of view. Not to be deterred by such failures, the ministry of Human Resource Development & Communications and Information Technology decided to float another tender in February 2011. This time the bid was won by a Canada based company Data-Wind Ltd. owned by an unknown person of Indian origin. Ministry decided that this new tablet, named as Aakash, would be designed and developed by Indian Institute of Technology, Rajsthan, and manufactured by a local company selected by the prime contractor, Data-Wind Ltd, The responsibility of marketing and sales was to be entrusted with prime contractor himself. 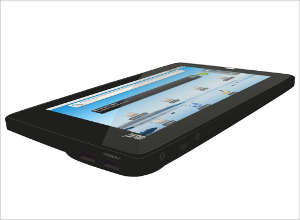 Initially, order for 100,000 pieces was placed by the Government with Data-wind Ltd. After this, Data-wind Ltd. Placed an order with a small Hyderabad firm, Quad Electronics Ltd, for assembly of 50,000 Tablets. The kind of expertise or quality standards available with Quad Electronics are unknown and the ministry never bothered to check these aspects. Out of this order, Quad Electronics Ltd. Produced a lot of 20,000 pieces, but surprisingly, Data-wind lifted only 10,000 pieces and supplied these to the Ministry. Out of these 10,000 pieces, 2000 tablets were sent to IIT Rajsthan for thorough pre-testing in last week of September. HRD Minister, without bothering to wait for the test report, presumed that the test results would be positive and made public  announcement on October 5th 2011 of this US$ 35.00 tablet computer.

Unfortunately for the ministry, when the evaluation results were received from IIT-Rajsthan, the reports revealed severe poor performance and rejected the tablets. When the test results were known, Data-wind stopped taking further delivery of balance supplies from Quad Electronics Ltd.

After this, things started becoming more and more complicated. Here is a list .
1. In spite of the Tablet computer being of poor quality and almost a dud, 500 school children were forced to buy this junk at Rs. 750/- each. Subsidy given in this case to Data-wind Ltd. Is few Hundred Thousand Rupees.
2. Out of the first lot of 10,000 pieces supplied by Data-wind to HRD ministry, fate of 2500 pieces in traceable (2000 pieces to IIT Rajsthan and 500 pieces to school children in Delhi.) Whereabouts of remaining 7500 pieces are unknown and not traceable.
3. It seems that Data-Wind has received some payment for these 10,000 pieces from the ministry. (How much is unknown) However, Data -wind did not make any payment to it's contract manufacturer, Quad electronics Ltd, at all. The balance quantity of 40,000 pieces is neither lifted by Data-wind nor any payment made by it to Quad.
4. On top of this, Data-Wind has now sued Quad for not fulfilling the contract for manufacture of 50000 pieces and for copyright valuation for having given 2000 pieces to IIT Rajsthan for evaluation.
5. HRD minister told the media on the sidelines of the inauguration of the World IT Forum 2012 on April 17. that “We have invited companies from across the world for manufacturing and many are ready to manufacture it here. Currently we are looking at the design and other parameters. After we freeze the design and technology, manufacturing will take place.” However within few weeks, this statement was changed totally by the Minister when he told the parliament “ Data-Wind Ltd. had since ceased its collaboration with IIT Rajasthan and will now be supplying the one hundred thousand “Aakash” Tablets in collaboration with IIT Bombay! The second version of ‘Aakash' will be launched in May!” This would mean that in spite of the total failure of Data-wind Ltd. To supply the lot of 100, 000 pieces of first version of the tablet, they were contracted again to supply second version. This is most surprising! 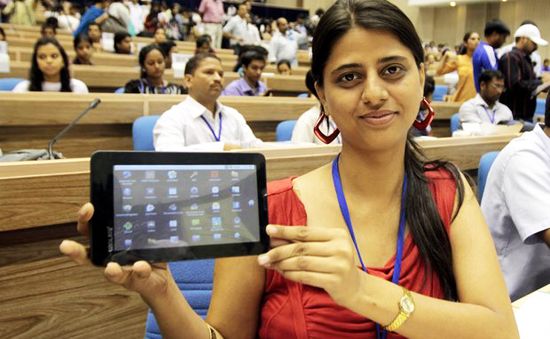 Many questions now arise from this quagmire of suspicious actions. On what basis Data-Wind Ltd. Was selected to be the prime contractor? Why was the scheme announced by the minister even before the quality of tablets was tested and approved by IIT Rajsthan? Why the collaboration with IIT Rajsthan was suddenly changed and IIT Mumbai was brought in the picture? Why contract for second version was given again to Data-Wind, when they failed to fulfill their contract for the first version.
It seems that another good project is lost due to haste and bureaucratic bungling or suspicious motives. Data -Wind actions again, do not appear to be above board, though what actually happened is not known. I am only reminded of another saying by Thomas Paine, whom I quoted in the beginning. He says that "Government, even in its best state, is but a necessary evil; in its worst state, an intolerable one." How true, isn't it?
24 May 2012
(This blogpost is based on a news story by Ashok Parthasarathy, published in The Hindu)
at 1:53 PM