The Music scene in India, around the middle of last century, was rather restrictive. Firstly, the country was isolated from other countries because of the socialistic bearings of the Government. There was only one media, All India Radio, and that too was Government controlled. All India Radio never ever allowed broadcast of popular or Bollywood music freely. For this, we had to depend on the commercial services of Ceylon (Sri Lanka) Broadcasting services, to hear latest music from the films. Secondly there were hardly any devices for replay of music. No one had heard of even Tape recorders. Recorded music was available in form of Gramophone discs. Here too, good record players were hard to get. HMV used to sell one type of very ordinary quality record player for a ridiculous price and all music lovers had to satisfy themselves with that player. There were no amplifiers, music systems, nothing. For music lovers, we had, what were called as Listening cubicles. Here, for a quarter of a Rupee, one could go along with his friends and listen to a music record of his choice.

Luckily the whole scenario was saved by regular release of new (though not latest) Hollywood flicks. In big Metro's, these used to be released first, as available print copies used to be very few and later these would be released in smaller towns. These Hollywood films exposed us to the world and also introduced us to some extent to the new western music. In spite of this restrictive scenario, two western music tracks from Hollywood flicks, became extremely popular in those days in India. First and foremost at the top was the title tune from the Film, “Come September” and next in the rank came the famous marching tune “ Colonel Bogey” from the film “ Bridge on the River Kwai”. I remember to have gone to those listening cubicles, number of times during my college days, along with 4 or 5 friends to share the cost, and then listen to “Colonel Bogey”, tune couple of times.

This tune was heard for the first time by us as a whistled marching tune for a troupe of British prisoners of war, captured by Japanese in Singapore and taken to Thailand to construct a railroad, in the Oscar- winning film, “The Bridge on the River Kwai”, which was produced by a British film maker in 1957. This film, though a work of fiction, used the historically true fact of construction of a railway near Thailand-Myanmar border by British prisoners of war, during second world war. The film was actually shot in Ceylon (Sri Lanka). The film revolves around construction of a bridge by British prisoners of war, which would be used for carrying Japanese soldiers to the front-line. The bridge gets destroyed at the end by the action of allied agents. 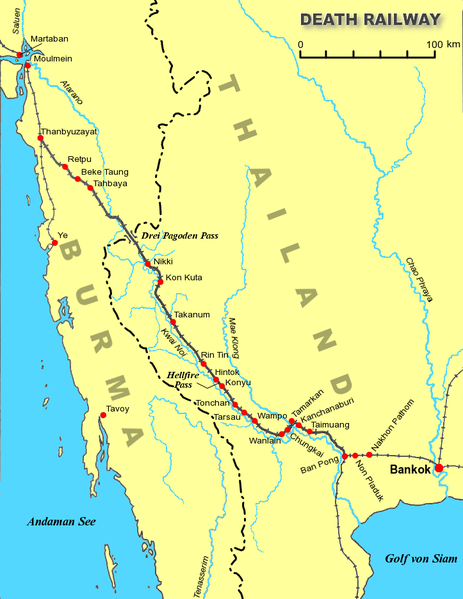 Leaving aside celluloid romanticism, the real railway line near Thailand-Myanmar border, which was built by prisoners of war was a terrible tragedy for many of the prisoners of war as well as for forced labourers and is known as “Death railway”. It was Built by the Japanese between 1942 and 1943 to shuttle supplies from Thailand into Myanmar, then called Burma. 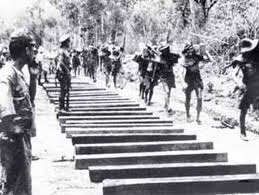 This railway route was long considered by Engineers as impossible. This 424 Km( 263 Miles) long railway line took 14 months to get carved out of dense jungle and mountains under orders from Japanese captors. Out of about 60000 prisoners of war forced to work on this railway line, about 13,000 POW's succumbed to abuse, malnutrition and disease and died during construction of this railway line. 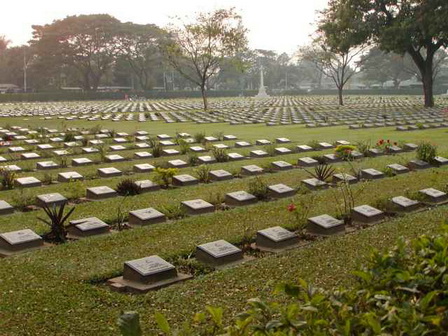 Besides the POW's, 80,000 to 100,000 Asian civilians, who were used as forced labour, also perished in the railway's construction. Unfortunately no markers or graves were left by the Japanese captors, for these Asian civilians. The dead POW's included 6,318 British personnel, 2,815 Australians, 2,490 Dutch, about 356 Americans and a smaller number of Canadians and New Zealanders. This railway link was destroyed by Allied bombers in 1945. 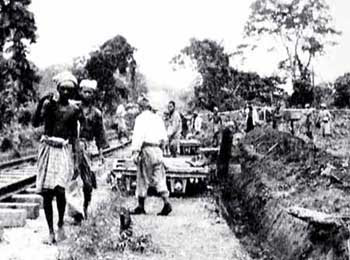 Myanmar (Burma) has now decided to restore a stretch of the infamous “Death Railway” to Thailand. A feasibility study on the 105-km (65-mile) stretch running from Myanmar's “Three Pagodas Pass” area to Thailand, is scheduled to begin in October. This stretch of railway line mostly passes through areas controlled by Myanmar's rebellious 'Karen ' ethnic groups. However, in a major breakthrough, Myanmar's Government managed to get 'Karen' rebels to sign a ceasefire agreement with the Government. This railway is widely expected to provide a much-needed economic shot in the arm for the impoverished area, by boosting trade with Thailand and attracting tourists. Minister in charge of Railways, ' Aung Min ' says that “ We will reopen this (rail)road. The other countries said they would also help us and we will continue working for it. We will do a survey and try to start working after the rainy season with the help of the international community." 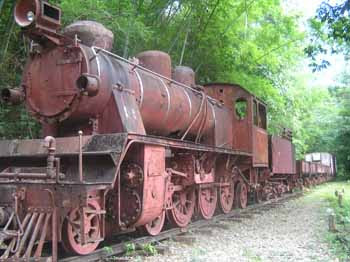 A railway line from Thailand to Singapore through Malaysia already exists and is being used. If this Myanmar railway is connected to it, a new channel for transport of goods would open for Myanmar, which would ultimately be beneficial even to Bangladesh and India. If this railway line reopens, I think that it would surely be a grand memorial for those who died during construction.