Artificial tummy for a would be mother 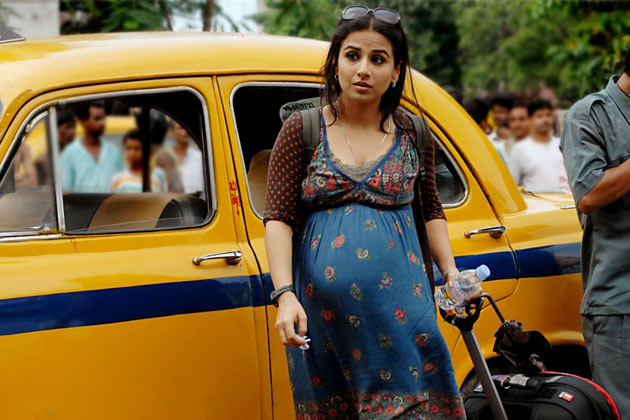 Remember the heavily pregnant Vidya Balan in the Bollywood blockbuster 'Kahaani'? She looks so naturally pregnant in the film, that it is difficult to believe that she is only acting her part. Credit obviously goes to her for her acting talent and abilities. But besides that, one major factor in her make believe part is the natural looking artificial tummy made for her by some soft toy makers, which makes her look naturally pregnant. If an actress can be made to look pregnant with an artificial tummy, what prevents a real life woman creating that kind of deception for her relatives friends and acquaintances?
Surrogate motherhood, an idea that was first mooted sometimes in the decade of 1980 is becoming increasingly common and acceptable today. There are many reasons for this. Late marriages, unwillingness of the married couples to have kids in early years of their marriage, stress and strains of modern life, are some of the reasons, why couples want to start their families much later in life. It is a biological fact that conceiving becomes more and more difficult when the expectant mother is on the wrong side of the thirty. Many medical procedures such as ' in vitro fertilization' are increasingly being used by fertility clinics to help childless couples. For some unfortunate couples though a sustainable pregnancy is an impossibility. Such couples used to remain childless in the past. However with the idea of surrogate pregnancy, these childless couples have real ray of hope now.
For the surrogate mother, the pregnancy is a business deal. She lets the embryo grow inside her for financial gains and doctors take care that there is no emotional attachment generated between the infant and the surrogate mother. Once she delivers the child, she can go back to her routine life. Since she stands to gain financially in a substantial way, many poor families accept this as a reality of life and social stigmas are not normally attached. For the genetic mother things are much harder. In India, many women from traditional communities can not divulge the fact that they have employed a surrogate to their in-laws and extended families. To make her extended family members, friends and acquaintances believe that she is actually pregnant, such women have now started using an artificial tummy.
There are some interesting cases reported by doctors who facilitate a surrogate pregnancy. A couple from Chennai, where both husband and wife were engineering graduates opted for an artificial tummy. This girl had no uterus and she could have a genetic baby only through surrogate pregnancy. She felt that her in-laws would never accept this and decided to have a strap-on tummy for nine months to simulate pregnancy. In another case, the genetic parents even got made an incision on the stomach of the genetic mother with sutures so that it looked like a caesarean section. Just an artificial stomach would not have worked here as there were many doctors in the family. Another lady from US, who employed a surrogate mother from India, actually took artificial tummies with her so that her in-laws would believe she was pregnant. She had told them that she had to deliver the baby where the IVF treatment was done. So when the child was born she came to India with a strap-on tummy, got the baby from the surrogate and went back, keeping her secret intact.
A soft toy maker from India, who specializes in fake tummies says that one can get artificial stomachs in sets of three. Each set costing about 1000 Indian Rupees (US$20) The first set simulates three, five and seven months pregnancy. The other set simulates five, seven and nine months.

The deception with artificial tummies is so complete that sometimes the genetic mothers start feeling that they are actually carrying a baby when wearing the tummy. That is absolutely fantastic and throws much insight on working of human mind.
26 April 2012
at 1:28 PM