The World of Smell 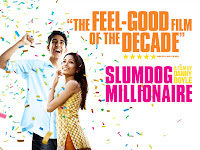 There is a sequence in the Oscar award winner film, Slumdog Millionaire, produced couple of years ago, where the boy-hero of the film is locked in an open pit type of toilet by his friend. Just at that time, a famous cine-actor is trying to land his helicopter in the slums, where the boy lives. When this locked in boy finds this out, he gets so excited that without having a second thought, to get out he jumps in the pit below, which is full of shit. While watching this sequence, almost everyone in the theater gets a feeling of ultimate disgust and revolting flesh creeping feeling. A friend of mine once made a comment about this shot in the film. He says that we can at least watch this shot in the film, even if our flesh would creep and a feeling of utter disgust would be there because there is no smell. In reality, this place would be stinking and so much foul smelling that we would not be able to go even anywhere near to it.
I would very much agree with my friend. The world of smell certainly creates a great impact on us, whether it's a foul or bad smell or a pleasant fragrance. On many a days,I go out for a walk in a garden, which always have some or other fragrant flowers on full bloom. When I reach that spot, invariably my pace slows down and I pause to have few deep breathes. I also come across later a garbage box on the side of the road, which is always filled at that time. At this spot my pace always quickens and I try to move away from this spot as quickly as possible. An elderly lady of my acquaintance, can not just stand the smell of Guava fruit. Whenever she smells the fruit, she starts feeling suddenly like a bag of nerves with her knees trembling. Her offspring also seem to have inherited this genetic trait when they smell the fruit. Needless to say that Guava fruit is strictly No-No in their household. Talking about me, I just love the smell of Guava. Whenever I can smell fresh guava fruit, my mouth waters and I can imagine fresh ripened yellow-green Guava fruits before my eyes. On the other hand, I can never stand the smell of enameled paints. If I am forced to bear with this smell even for 5 minutes, I get a feeling of having caught a cold with itchy throat and watery eyes. Similarly some people just can not stand the smell of onions or for that matter green chillies.

We do not really know, why this happens? Because basically, we have very little or no knowledge about what actually is a smell itself? I recently read about Sissel Tolaas, a Norwegian born scientist working in Berlin, who is deeply involved for last two decades, about this world of smell. Many of her findings are very interesting and I find to be thought provoking. Our nose is one of the organ, which is used most extensively by our body. The primary purpose of Nose is off course breathing the fresh air and let breathed air go out. If that stops, that would obviously be the end of us. What Sissel Tolass is trying to point out, is the fact that we have almost forgotten now, that nose also happens to be an important sensory or perceptive organ. We detect smells through use of our nose. But modern humans make so little use of this sense of smell that the power of this perceptive organ is just being wasted.

Sissel Tolaas has graduated from two fields strangely, which are poles apart. She holds diplomas in Chemistry and arts and she has mastery over number of languages. Presently she is an editor of a monthly publication 'MONO KULTUR'. On the front cover of one of the recent issues of this magazine, Sissel Tolaas has managed to print 12 different smells or fragrances. By scratching the front cover, a reader can smell the fragrances. Having worked with few projects in association with MIT and Harvard Universities, she has now decided to concentrate her energies to the world of smell and our perceptive organ for smell, the nose. I found her thoughts about this subject very interesting.
To live our life fully, it is imperative for every human to make use of our knowledge of smells. When we breath, with every breath that we inhale, we let thousands of organic molecules in our nose. Many of these molecules are in fact signatures of a particular smell that they carry. After perception of the smells, we decide about reacting to the environment. Most of the things around are actually recognized by humans mainly by smell. This fact is never realized by most of the people. Every person, continuously keeps taking decisions about whether to involve things or other persons around him, in his personal world or not; only on the basis of the smell and never by the colour of skin or race or religion.
No smell can be simply classified as good or bad smell or odour or a fragrance. Infants or small babies many times play merrily in their own bodily excretions and never sense any bad or foul smell associated with these excretions. As the baby grows, his emotional experiences teach him about classifying between smells as good and bad. From these experiences, humans learn to classify smells and a child learns that smell of milk is a good smell and that of his urine is a bad smell. Many times the life styles of families firmly classify smells as good or bad. Smell of cooking chicken or lamb meat can become a suffocating experience for members of totally and strictly vegetarian families. However same smell can be mouth watering and happiness inducing for a meat eating family. Whenever I smell joss or insence sticks, it always reminds me of a typical marriage feast in India.
Sissel Tolaas has described some of her interesting experiences . In a museum in the German city of Dresden, there is a hall, where exhibits related to warfare have been displayed. Museum authorities asked her to create a smell that would remind the visitors of filthy smells of blood and exposed human flesh, associated with battlegrounds. After this smell was ready and was experienced by the museum authorities, they realized that if such smell was released in this exhibit hall, no visitors are likely to visit the hall and dropped their plans. In a project, in collaboration with MIT, she prepared a smell of fear whereas for Harvard university, she created smell of pollution in Mexico. She has also created a smell which small congested lanes of Berlin have. However, according to her, the smell universally disliked is the smell of death. Death has a particular smell and genes of each and every living specie tries to avoid this smell.
Pollutants are rising exponentially in the modern world. City dwellers are not able to sense the pollution and therefore are unable to avoid it. Their bodies cannot avoid it and so later they fall sick due to the pollutants. Actually all the pollutants have their own individual smells. If people become aware of these smells they can avoid such places or use contraptions like face masks.

Sissel Tolaas describes her work very nicely. She says that “I do not create perfumes. I try to take back human race to that world of smell, which all small babies have and where there are no good or bad smells. Really speaking, all of us are like small babies in the world of smell. I feel that our noses should give up the classifications of smell based on deceptive assumptions and misunderstandings. We should adopt a new classification of smells on basis of what is healthy or unhealthy for us. My work is aimed at this.”
at 3:35 PM