I have always failed to understood, why wealthy persons are always described as filthy rich or stinking rich. I have never found anything filthy or stinking in their super high financial status. On the contrary they seem to enjoy a very fragrant and clean life. In this saying, there is also an undertone which suggests that these guys have acquired the riches by illegal or unfair means. It is possible that there might be a small percentage of people who might have used such means to acquire their wealth. But not every other rich guy is a crook. Many rich people acquire their wealth through business and many just inherit it. Branding all of them as filthy or stinking looks like going overboard to me. Mind that these sayings or proverbs are always deceptive. I have never really understood , who really creates such false stuff. They seem to be more designed to give some psychological or mental satisfaction to the deprived or needy persons, which in present case would be a poor guy. They are perhaps created to make poor people in a society, start believing that all riches are filthy or stinking. The idea might be that once these poor start believing in such blatant lies, they might loose all initiative to become rich and leave the field open only to the originally rich people. (Which in reality never happens.)
There is another popular saying 'Small is beautiful', which I find similarly a misleading and blatant lie. Particularly in the present age, this saying has become so shoddy and deceptive that the only right place for this proverb, appears to be the trash can. I want to give few examples here to show, why small is neither beautiful nor even acceptable now. About 50 or 100 years ago in India, an ideal and most sought after bride was supposed to be a girl who was definitely not tall but on shorter side. A taller girl then would be looked down and called as looking like a sail-ship mast. Today, can any one even think of a girl who is not at least five feet ten inches tall to even get an entry into a beauty contest? Such is the change in our ideas about beauty that we reject outright anything small. 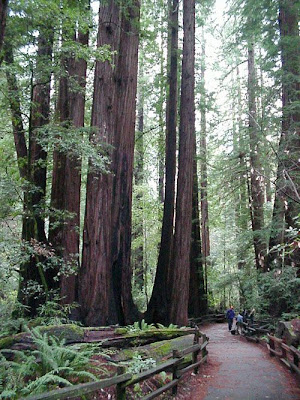 Trees, which grow to a great height are still very common on the west coast of US. In California, they have carefully preserved the tall Redwood tree forests at two places; Redwood national Park and Muir Woods. In Muir woods, one can see three or four hundred years old redwood trees, which could be hundred or hundred and fifty feet tall. Some of the trees have such a large trunk that a smaller motor car can easily pass through. A visitor to Muir Woods is often bewildered and astonished to see those tall beauties of the jungle.
Singapore has a very nice park known as Japanese Garden. In this park, there is a small enclosed section called as 'Bonsai Garden'. Once I went there to see this garden. However I did not like it at all. Half or one foot tall mini editions of glorious looking trees like Cherry, Poplar, Pine or Apple, complete with small leaves and even smaller fruits, looked rather pathetic to me. I found this garden very depressing and pessimistic. I felt at that time that Japanese should have thrown the creator of this Bonsai concept out of their country instead of honouring him. When I try to compare the glory and majesty of redwood trees with these dwarfs, I can clearly see that there is no basis of comparison at all. I have read somewhere, that in ancient China, baby girls would be forced to wear tight wooden shoes so that their foot remained small. I find this Japanese Bonsai concept something similar.
In the 1960's decade, central Government in India officially decided to support and promote small scale industries in India. Major tax concessions were offered for such industries and Government spared no efforts to promote such industries. Enticed by Government propaganda, many youth resigned their jobs and started small units. Today, 99% of these youths, who are now of old age are repenting their decisions. Most of them find it difficult even to retire today, because they have not been able to create any savings even, leave aside creation of wealth. Only those, who took advantage of cheap land prices and bought land for their factories, are in better shape because of astronomical escalation in land prices. Essentially they have profited here from real estate and not from their small business. For most of small scale industrialists, their hard work has provided cheap components for big industries, big profits for banks because they charged these poor small industrialists with killer interest rates of 18 to 21 % on capital, and tax income to the Government in form of sales, excise and income taxes. The labour, whom these small industrialists had employed, was paid well due to Government acts like Minimum wages act, but the entrepreneurs themselves, during their twilight years today are an extremely unhappy lot. They repent that they gave up their cushy jobs, which would have at least made their life reasonably successful, and started their small industries. 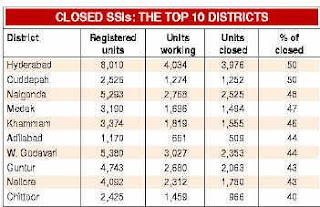 It is well proven now that a small business is successful only as a service business and that too for few decades. A manufacturing small business has to grow big in few years and allow the founder to carry away his investments. If this does not happen, the industry along with the founder are surely doomed. Experience of thousands of such entrepreneurs of 1060's, definitely proves so. Today in business, you can not survive if you are small.
I think that Americans were the first to kick out this 'Small is beautiful' theory from their lives. In US, that country loves everything that is Giant. Even British tea cups, which are small by American standards, have been discarded by Americans for the giant coffee mugs. There are stores in US like Costco or Sam's Club where even tooth pastes are sold in packs of six. These stores are really of Giant size. To walk around a store of that size can really be very tiresome for your legs. Same thing is true for American shopping malls.
Even in India, this giant craze is slowly catching up. The Big Bazar's are drawing big crowds. Ten or fifteen years back, a cinema theater would have one cinema hall. Now the new multiplexes have five or six screens and show that many different films at the same time. Indians have started believing that bigger is better. For last twenty five years small and micro cars made by Maruti Suzuki ruled supreme in India. No more so. Indian roads are cluttered with Merecedeses, BMW's and Audi's today. 'Nano', a very small car introduced by Tata's in India has only modest success, as small is no longer in vogue. Indians are definitely moving from small to big.
I think that the time has come to say finally that not only Small is not beautiful anymore, but it is also to be rejected. Gen'Next wants everything big. For the new age we have no choice but to say 'Big is Beautiful'. Cheers!
at 12:47 PM