Getting the short end of the stick 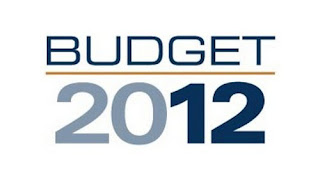 Earlier, when I used to run my own business, annual budget of the Government of India, was a widely awaited moment, for business people like me. The Government would announce changes in various taxes and concessions. As a businessman, I had to change my expenditure and other plans so that I end up paying least amount of taxes. After I retired from business, my interest in this annual exercise has somewhat dimmed. I no longer listen to the finance minister's speech and go into the fine print of myriad jungle of byelaws, clauses and sub-clauses that make a finance bill. 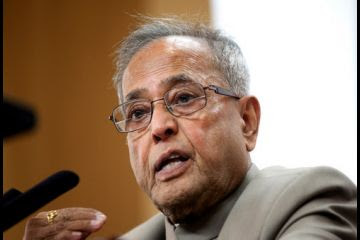 This year, I had some free time and the budget speech was going on, so I just listened. Well frankly, my interest in the budget speech was restricted only from the taxation angle for senior citizens and secondly as a consumer, the effect on costs of various services and goods that I consume or use. I must say without least doubt that I was deeply disappointed on both counts.
Let us first talk about income tax. As a senior citizen with a moderate kind of income, my tax liability remains same even though, for every other non-senior citizen, it has gone down. Some people may say that in a way it is a good thing. But I must tell you that it is not. For last several years, raging double digit inflation in food and consumer good prices has virtually reduced my buying capacity by almost 50 %. All senior citizens like me have a fixed income, which mostly reduces in real terms as the years go by. With buying power getting reduced every year, I was expecting that there would be some relief in form of lower taxes. But that did not happen. My financial status continues to go lower and lower with every new year that goes by.
Another problem, we senior citizens face, are the problems faced by us with deduction of tax at source. I would take up a specific hypothetical example to highlight this problem. For a Senor citizen with an annual income of say 400000 rupees, which accrues as interest income, the tax liability works out to be 15000 Rupees. Now ,when this senior citizen earns this amount of 400000 Rupees, an amount of approximately 40000 Rupees of Income tax would be deducted at source. Which means that every year a senior citizen is supposed to deposit extra 25000 Rupees with the Government, which he may or may not get back as refund at an unknown time. This is a ridiculous situation. As a solution, Income tax department has a declaration in form 15H, where a tax assesse claims that he is not liable to Income tax and which, if submitted by him, entitles him for no tax deduction at source. However since he still has a tax liability of Rupees 15000, how could he give this declaration and avail the benefit of form 15H. This weird tax deduction situation needed change, but no help came from the finance minister.
The budget talks about no advance tax liability to senior citizens. That is just nonsense. With so much of tax deducted at source, what is the use of this facility? Besides in any case, if there is any balance amount payable it has to be paid still within the year.
Now I come to my second concern as a consumer. Increasing service tax liability from 10 to 12%, means my telephone bill, mobile bill and any service from the bank, all are going to cost me more. I am not even considering things like eating out and travel, which could be considered in any case as optional. I would not have complained about this increase, if there was a balancing reduction in tax liability. What happens is a straight double whammy for the senior citizens.
Getting the short end of stick is not very pleasant or happy feeling. But that is what the finance minister has done for millions for senior citizens like me.
The Indian budget 2012 is a depressing event. No doubt about that.
17 March 2012
at 11:42 AM