From Chaos to Anarchy 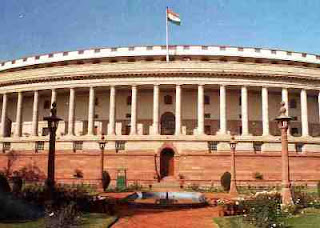 Looking at India through international and domestic internet media, has its own benefits and limits. The main advantage is that all the important news appears before my eyes in abridged form, a sort of reader's digest. All regional and city news normally gets filtered out, unless one is browsing the non-English web sites. The main limitation is that the news is so limited that I am forced to look at things from eyes of the Times of India or The Hindu. If one prefers International media, then it would be BBC or Reuters etc. etc. The times of India, which I personally used to like over the years, is slowly turning into a public domain pornographic site. One needs to weed out photos of unclad women and scenes of rather intimate meetings between people, before real news can be found. International media are so biased that finding real news of significance is always hard work. I should make clear that I am not trying to write a post here about the internet media. I touched upon this subject just to highlight the fact that it is tough getting the real news in spite of so many web sites and image and video search engines.
I find it very confusing to really form any opinion about the state of affairs in India, when seen from a foreign land. I would just run through some major news items as I have read them in the media. 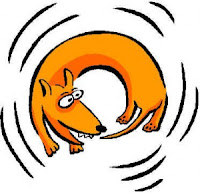 I might add to this list, two more incidences that happened about 3 months ago. In the first case, Government announced that foreign majority companies can now get into retailing. Next day a chief minister of a state says that this is not acceptable. Government meekly withdrew. In the second case, an anti corruption bill passed by Lower house, could not be passed by the upper house because same chief minister does not like the bill.
So far, the impression I had was that there is a complete political chaos in Delhi and Government does not have capacity and ability to overcome that. The string of news which I get now and have mentioned above, however points out to a new fear in my mind. Are we slowly moving from Chaos to Anarchy in India. At least the news points that way. Our prime minister has publicly declared that there are limitations on his Government because of coalition politics. In other words, he accepts that his Government is unable to Govern. If people, who are not part of Government machinery are going to dictate the policies of the Government, then where is the Government in India?
Some people suggest that Mid term elections would be a remedy for this. What is the guarantee that the new Government would have to majority in the house? It might lead to a situation of further confusion.
As I mentioned in the beginning, I am looking at the situation in India, through eyes of someone else and the ground realities, I sincerely hope are not so alarming. But if it is not so, we are obviously in a very turbulent time and even more turbulent future.
20 March 2012
at 11:49 AM