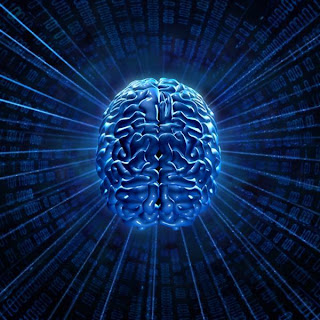 There is an Indian spicy delicacy that I just love. It is called 'Bhel' and is now available even in Indian grocery stores in US, under the name of 'Bombay Mixture'. About 50 years back, when I was studying in a college, I used to commute to the college on my bicycle. On my way, I used to pass through a garden or a park. This particular park in Pune city, was then known as "Erandawane park'. The park still exists, but has been since renamed as 'Kamala Nehru Park'. (I have never been able to understand this urge or craze in India to rename roads and Parks. The names by which these places are known for many years, are just changed at whims and moods of the politicians.) Any way, coming back to my daily passage through the park, I would see in the evenings, couple of hand carts with vendors standing in one corner of the park and selling 'Bhel', my favourite snack. Every evening, while returning home from college, the smell of freshly cut onions, tamarind water and coriander (cilantro) made my mouth to water. It used to be very difficult to control myself and on many days, when I had enough money in my pockets, I would just fall for the temptation, park my bicycle next to the cart, and indulge in a mouthful of 'Bhel'.
These days restaurants also serve 'Bhel' along with traditional street vendors. But everyone serves it in a nice looking plastic dish with a plastic spoon for eating. In my college days, only street vendors served 'Bhel' and that too on a piece of an old newspaper. A small rectangle shaped piece of thick cardboard would be furnished by the vendor as a makeshift spoon as plastic good were very uncommon then. The way in which 'Bhel' was served, made no difference to anyone and 'Bhel used to taste as nice as it tastes even today. In those days, hot Pakoras or Potato Vadas would just taste equally heavenly, when similarly served from vendor handcarts. Those days we were never scared of viral diseases like X Flue, Y Flue or a Chikungunya, as there was no pollution at all. We only used to have straight deadly diseases like Maleria, Typhoid etc. to kill us and eating from vendor carts never made people sick.

All this indulgence was permissible as long as I was young. Later I realized that if I continued this eating to my heart content business, I would need soon to change size of my trousers and had to cut down eating just whenever I felt hungry. Yet even today, any time and any place, if I see a 'Bhel' vendor cart or hot Pakoras selling cart, great urge to indulge, develops inside me and requires great effort on my part to control my mind.
Why do we have this urge to eat 'Bhel' or Hot Pakoras or for that matter the modern substitutes like Hamburgers or French Fries , even when our stomachs are full? Or going to more basic level, What is hunger? What organ or gland from our body creates this urge and which organ gets excited to makes us feel the pangs of hunger? Two researchers from University of Southern California, Richard Thompson and Larry Swanson are trying to find answers to these questions and what they have already found out from their research so far, is very interesting without doubt.

When one is overweight, one gets angry with himself that he is unable to control his urge to eat. However feeling hunger, inclination to casual snacking or even our daily habitual routine of food intake are all hard wired in our brains. Because of this, just listening to a clock strike to our habitual hour of eating could also lead to feeling of hunger inside us. Natural body processes like lowering of blood sugar percentage, also can induce feeling of hunger. In addition to this if we have not eaten since last 5 or 6 hours, cumulatively we can easily feel as if we are going faint.

Even if we know the basic reasons of hunger, we still do not know the answers to many questions like Why mouth waters just even after seeing a vendor cart selling 'Bhel'? Or why we like a particular dish more and dislike a particular one? Actually which organ or gland in body decides, preference of some people to sweets, whereas many others just do not like these. Why some people get relief from tension by eating? These are some of the questions to which these two researchers hope to find answers. It is now known that answers to these questions are hidden in the system by which our brain cells communicate with each other.
For more than a century, neuroscientists had always believed that the management system of a brain is like the management of an army unit. In this method of management, all orders are given from top and are executed by the lower order personnel. Similar to this system, it was believed that Neocortex region of brain behaves like a general taking all decisions and issuing chain of command. However this management system is incapable of explaining the feeling of hunger when we see a 'Bhel' vendor cart or MacDonald sign board and also when some people are under mental tension. After realization of this, these two researchers started studying the brain management system itself.
They first found out that a region in the brain known as nucleus accumbens or NA decides the food that person finds tastiest. In the brain there are places, which are known as 'hedonic hot spots'. When cells from these places get excited, the person gets a feeling of well being. This well being feeling can be easily induced by eating any sweet dish or a chocolates.
Richard Thompson and Larry Swanson tried to locate such hedonic hot spots in a hamster's brain. When they injected tracer chemicals at these hot spots, they found out that nerve impulses originating from hedonic hot spots not only reached the Nucleus accumbens which decides whether the food is tasty or not, but the impulses also travelled to other regions of brain usually associated with hunger, mental tension and fatigue. After this interesting observation, these two scientists prepared an electrical circuit diagram, which explains how and where nerve impulses travel.

From this electrical circuit diagram, it has become clear that as as far as hunger is concerned, the brain no longer follows the military management system of decisions being taken at the top and orders sent down the order. Brain management here is more similar to an internet management system with many brain regions directly communicating straight with each other. In the internet, two servers communicate with each other directly. Somewhat similarly, brain regions send nerve impulses directly to each other. With this management system, these two researchers have tried to explain relationships between hunger, its causes and its relationship to mental tension and fatigue.
They feel that some behavioural traits like making an effort to catch attention of someone else , getting excited, also must be related to such internet type brain management systems. They also relate some other brain functions like sleep cycles and behavioural moods of a person to this management system.
Now a days, whenever I see a tasty snack on the table, I am not afraid to have a go at it. After all it is just a brain internet decision. And I also know that internet means disarray.
at 1:27 PM