The art of selling art 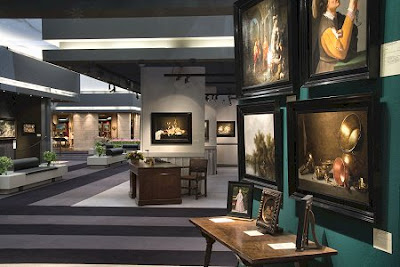 I was always under impression that artists create pieces or masterpieces of art from their creative urge and want that people, as large a number as possible, would see it. I thought that Rembrandt's and Monet's and Leonardo da Vinci's, of this world, painted their works of art for the people. Rodin sculpted his figures for the people to see and appreciate. It is now clear to me that I was totally and completely in error. ( at least during the present times.)
European fine art fair, that opened its doors at Maastricht in Netherlands, is open to only such visitors, who have been invited to the fair by the organizers. Naturally, only such people would be invited to visit the fair, who have enough moolah in their pockets and bank accounts. Ordinary proletarians like us would have to satisfy their urge to see the works of fine art exhibited in the fair only from news reports and pictures. 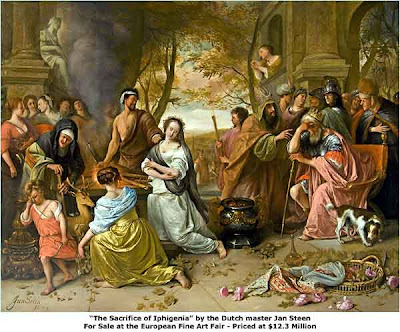 This year's European fine art fair, would remain open for 10 days and has been described as the only place where you can buy something that is 1000 years old or something that still has the wet paint sign on. About US$1.3 Billion worth of art and objects from a wide range of categories are on view at the fair. Some of the highlights include 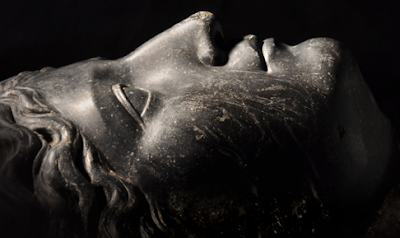 About 70000 visitors are expected to visit the fair. Organizers expect that for the first time in the history of fair, between 250 to 500 rich Chinese art collectors would visit the fair mostly from Beijing and Shanghai. The fair was promoted to art collectors clubs and private museums in these cities rather extensively.
A Brussels art dealer says that influx of Chinese collectors is a boon to the fair as many Chinese works of art including a scholar's rock valued at US$ 180,000 were sold on day one. One of the modern exhibits at the fair is a computer generated replica of a 17th century painting of a Vase with flowers in a window by Ambrosius Bosschaert the elder. The computer generated version, however makes a small change though. Every few minutes, there is a small change in the picture like a snail coming out of a shell or a caterpillar snacking on a leaf or even a change in the image of the bouquet. 12 such computer generated replicas were made in this edition, out of which, 8 were sold on the first day itself. 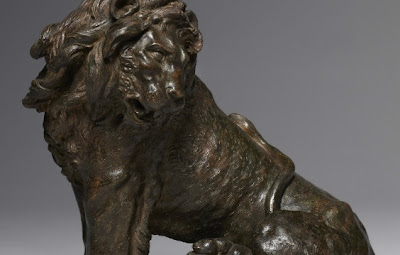 A New York dealer sums up the success of the fair in simple terms. He feels that people are afraid of keeping their money in currencies of the world and feel that their money would be safe in works of art that have stability of value.
European fine art fair thus is not an art fair in reality. It is actually a investment fair. This might be a solace for the genuine art lovers who have no money and therefore are not invited to the fair, but still love fine arts.
21 March 2012
at 9:56 AM