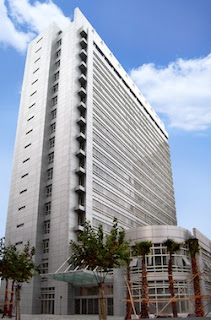 Love stories are immortal. I think that the most popular theme of stories told around the world, would be that of love, if we leave aside kid stuff like Aesop's fables and Buddhist Jataka stories. Even in almost all fairly tales , the beautiful damsel finally marries a prince and they live happily afterwords. From Shakespeare's plays to Hollywood and Bollywood blockbusters, love story has been the staple dish of entertainment industry. From Romeo's and Juliette's, Desdemona's and Othello's and even King Dushyant and Shakuntala from Sanskrit Classic like 'Shakuntalam', the infatuation of two young adults of opposite sex and their limitless love for each other, which carries them through series of impossible obstacles and turns has been the most favourite subject and story line of books, dramas, short stories and films published around the world.
I would have never believed that such kind of Love story with all the anguishes, intrigues, twists and turns of a drama story line, could be actually lived by two real life people of today's world, when there is so much of personal freedom and almost total absence of social or national barriers . Yet sometimes facts are stranger than fiction and the story of one girl, 'Eden Wu'' from mainland China proves the point.

Ms. Eden Wu, a bright and career minded girl is from east China and after graduation from a University in east China , managed to reach Singapore for working with a finance firm. Later she took Singapore citizenship and joined Standard Chartered Bank. After which she was posted in Shanghai as a relationships manager for private banking business of the bank.
Last Christmas eve, Eden met, Jason David Tan, a young American and a business consultant from North Carolina, when she was visiting her relatives in Los Angeles. After New Year's day, the couple spent the week end in New York together, when Jason realized that this girl was someone special for him. Both of them loved water sports. Jason was in Scuba diving and Eden loves sailing. After she returned to Shanghai, they continued their relationships through video chats. Some of Jason's family members visiting China, also met Eden and found her generous and a loving person. After this, Jason decided to go to China and propose to her.
Meanwhile, like a true love story, things started happening in a strange fashion. One of Eden's business clients from the bank, disappeared with Chinese authorities claiming that he has embezzled US$ 50 Million from state owned Agricultural Bank of China. As Jason David Tan reached China, authorities took Eden Wu away for investigation, as they suspected that she has helped in abetting or assisting her client in his crimes. Jason managed to welcome her back from police custody, when she was released by authorities after 13 hour long interrogation. Jason went down on his knees and in a true classical fashion proposed to her. Eden Wu said yes and the couple started planning for their future.

They planned to get married on 24th March 2012 in Singapore. However, in another strange turn in the story, Eden was taken into police custody on 6th March itself. She has not been charged with anything but is being held on suspicion of helping a crime. She was sent to a detention center in Wuxi, Jiangsu province and had to share a room with 30 other roommates. Later she has been moved to a motel in another city in Jiangsu, wher she has been given private quarters but under continuous surveillance. Only her parents are allowed to meet her.
Poor lover boy David Tan, has not been able to meet his loved one since 6th March. This is probably because he has told his story on line and to the media. He is living in China on emergency leave and his colleagues have been supporting him. He says that there is no moving on with his life unless his fiancee is released and confirms again and again his unconfined love for Eden.
With the heroine of the story in detention in China, one does not know whether this 21st century Love story would finally have a happy or heart breaking ending. We can only hope for the happy ending.
26 March 2012
at 11:08 AM