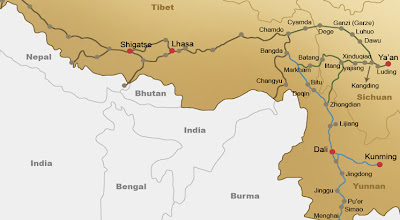 Today, India is the second largest tea producer in the world. However, very few people are aware of the fact that till middle of nineteenth century, India did not produce even a Kilogram of Tea. Almost all the tea that was consumed in India, was imported from China. In the year 1835, a British officer, Dr. Arthur Campbell, planted few tea plant seeds in the compound of his bungalow in Sikkim with the help from the ruler of Sikkim, The Chogyal. The seeds grew into fine trees. Encouraged by the results, many British businessmen invested in Tea gardens in the Indian states of Asaam and Bengal and tea production took off in India.
Earlier to this, Tea was brought from Tibet, but was never produced there. This Tea was imported in form of very hard and black coloured bricks, each weighing 2 or 3 Kilograms. Many such Tea bricks were placed in lamb skins ,which were later stitched to make a package. Such tea packages used to come to India from Tibet. To make the brew from these bricks, a brick would be placed is a large steel pot filled with water and placed directly on the fire. The brew would be allowed to boil over the fire, till it was strong and dark. Salt, Yak butter and Barley would be added to the brew and the Tea drinkers would get their wooden cups filled from the pot on fire with the help of a ladle and satisfy their craze for this brew. 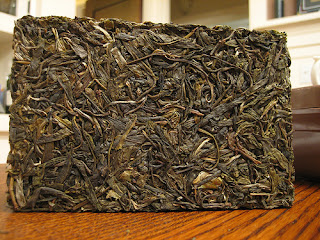 Even though the Tea bricks were known as 'Tibet Bricks', tea was never produced in Tibet. The Chinese province of Yunnan, which is located across the borders of three countries, Myanmar, Thailand and Laos, produced all the tea and was then exported to India through capital of Tibet, Lhasa. The route through which the Tea bricks would be transported to India was a very difficult trail passing through mountainous regions and was known as Tea caravan Trail. The Silk route joining China with west Asia and east Europe is very well known. Comparatively, this trail is completely unknown. 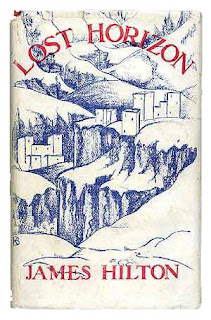 Tea Caravan Trail became famous in western countries because of a totally strange reason. In 1933, James Hilton, a famous British writer came out with a new novel called 'Lost Horizon.' In this novel, the story goes on these lines. The aeroplane of the hero meets with an accident in the Himalayan region and he is forced to travel on his foot through a region stunningly beautiful. After his travel he reaches a heavenly place, called in the novel as ' Shangri-La'. After this novel was released, a debate was started regarding whereabouts of this heavenly place and which has gone on and on for last sixty or seventy years. Most interesting fact about James Hilton is that he had never even travelled in Himalayas. He had obtained the details given in his novel from some of his friends or acquaintances. The Chinese Government entred into this 'Shangr-La' fray in 2003 and declared that the village of Zhongdian on the border of Yunnan and Tibet is the official 'Shangri-La.' Since then, this village and the Tea caravan Trail have become very popular with western backpackers.
The Tea Caravan Trail actually used to start from a village known as Xishuangbanna located in southeast Yunnan. This place is actually in the vicinity of Mekong river. The region here is mountainous and hilly. Tea plants were grown and are still continued to be grown on the gentle hill slopes around here. The famous Tea from this region is known as “Pu'er” Tea.
This region is extremely picturesque with snow clad peaks in the background, forests of Deodar, Birch and Fir trees, abundance of beautiful blue water lakes and crystal clear weather with zero pollution. The trail passes through Lijiang and crosses Yangtze river near 'Tiger-leaping Gorge'. It continues to Zhongdian near Tibet border and then crosses into Tibet at Deqin village. From there it goes on to Lhasa through extremely mountainous region. From Lhasa the trail would reach Sikkim through Nathu-La pass.
Up to the beginning of twentieth century , all the Tea bricks would be carried by porters. Each and every porter would carry unbelievable loads on their backs, through this treacherous mountain terrain. Today we can only imagine their hard labour and efforts.
After 1962 war, between India and china, the Nathu-La pass was closed and the traffic on the Tea caravan trail stopped completely. On July 6, 2006, India and China reached an agreement to open this pass again for border trade. At present only local goods are being traded here. In 2012, this route is expected to be opened for international trade. It is likely that by then, this Caravan Trail would have transformed into a regular road suitable for motorized transportation.
I do not think however, that anyone would transport Tea by this route anymore.
25 February 2012
at 7:01 AM