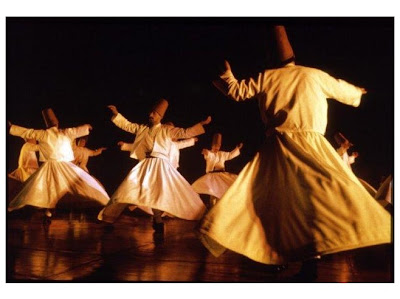 In the 1970-1980 decade, all audio-video media in India, were exclusively owned by the Government of India. Leaving aside 'Vividh Bharati' radio station, which broadcast mostly Bollywood films music, All India Radio and DoorDarshan TV channel used to broadcast every day and night, the programmes produced by Delhi mandarins all the time. These programmes were tedious and ill-famous for their irksome and boring content. Since there was no other alternative, people were forced to watch only those wretched programmes. The Bangladesh war was then just over and some cultural exchanges were taking place between India and that new born country. As a part of that cultural exchange, a famous Bangladeshi singer, Runa Laila, had then visited India. Runa had a golden voice and was strikingly beautiful. To the great surprise of all of us, state owned DoorDarshan TV channel had actually telecast a live performance of this singer, which was an absolutely thrilling experience in those dreary days, because of Runa's superb voice quality and very unusual methos of presentation. In that performance, Runa had presented a Sindhi song ' Dama dam mast qalandar', which had become later a smashing hit.
I had asked one of my Sindhi friends then, about the meaning of this song. To my surprise, he had told me that this song was in praise of saint Zulelal, who has a place of extreme esteem, respect and regard in the minds of all people from Sindh.(Now a part of Pakistan). I was quite curious about a word 'Qalandar' from this song. The meaning, which I knew of this word, was ' a person who lives carelessly and rakishly his life, to his own whims and fancies.'and could in no way be considered as an adjective singing praises of someone. I was puzzled, how a saintly person could be described by such an adjective? In a song, which is supposed to praise him.
Recently a very popular reality show, on one of the TV channels, had arranged a singing competition, known as 'Little Champs' for kids. In one of the transmissions, a small 7 year old girl had sang this very song and the response, which she had received, showed that this song, even after so many years, was still very popular. I was again reminded of the word 'Qalandar' and my old curiosity was back in my mind. I decided to look for the meaning of this word on the net. The meaning and history of this word turned out to be very interesting and an old riddle in my mind was resolved finally.
Qalandar is originally a Persian word and there is a funny story about it's origin. Around 1231 AD, a young man named as 'Jalalludin' was living in a village called 'Saveh' in Persia or Iran. He was a saintly character who followed strict celibacy or chastity. Being a very handsome male, one of the rich and young girls from the village, fell in love with him for his manly looks. She invited him to her house under some pretext and then locked him in a room and told him that he would be released only when he marries her. Jalalludin was caught in a very tight spot. He asked the girl, permission to go to a toilet. When he came out of the toilet, and the girl saw him, she started screaming because he had shaved of all hair from his body and head. Jalalludin was released immediately.
Being of a saintly and pious mind from beginning, he decided now to give up all his worldly possessions and started living as a Fakir or saint. Some like- minded disciples soon joined him. He founded a new 'Sufi Panth' or sect called ' Qalanariyya'. The basic tenet of this sect was to wonder around continuously without enjoying any stability and luxuries of life. Later on, this sect was identified and known as 'Dervish'. Complete celibacy, neglect of the body with fasting and living in abject poverty with begging for food was the original life style of Qalandars. They were also expected to behave in strangest and unconventional manner in society. Qalandars were expected to break with all expected norms and practices of the society and were banned from praying to any God even. The original meaning of the word 'Qalandar' in Persian language is an ugly and unpleasant creature, any way.
Because of their continuous wondering habit, this sect became popular in Damascus, Jerusalem and Damietta in Egypt. Encyclopedia of Islam compares Qalandars with hippies. By 1360AD, the social status of Qalandars became so prominent in Egypt that the Sultan of Egypt decided to get rid of them and ordered to give them lashes and then release them outside Egypt's borders.
Slowly Qalandars started getting a place of great respect and honour in Islamic societies. The word Qalandar now acquired a very respectable and venerable meaning. Because of this Sindhi people call saint Zulelal as Qalandar.
The region of Sindh is only few hundred kilometers from other states in India. Even then, the meaning of the word, surprisingly has made a complete somersault these few hundred kilometers.
at 7:13 AM