A museum of the heartbroken 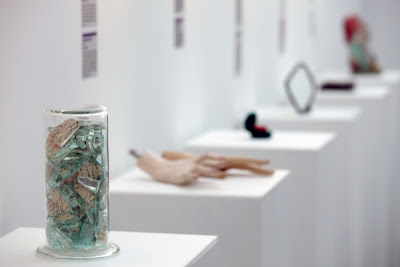 Just across the city hall of Zagreb, capital of Croatia, where many young couples get married, a very novel museum has been set up by one Drazen Grubisic and his co-founder Olinka Vistica, who is a film producer. They call it The museum of Broken Hearts. Drazen Grubisic says that “The objects that are here represent all the stages of a breakup ... and how people go through love,” The museum is an aftereffect of a broken marriage between two founders of the museum, Drazen and Olinka themselves. 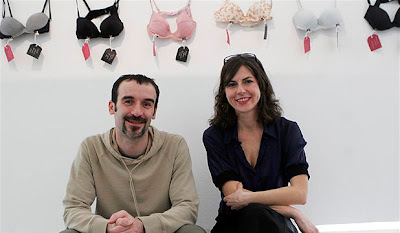 When they split up, they did not know, how to divide their sentimental memorabilia. So they thought of creating this museum of love but in an inverted sort of way. They went on to collect about 1000 relics of broken love and the museum displays about 100 of these. Some of the relics of love have come from Manila, London and Singapore.
Each and every item on display, which by itself, is a complete story of romance, passion and heartbreak, is arranged in the museum with dates and locations of the relationships. There are also notes by their donors, who for obvious reasons are anonymous. Here are some of the items displayed at the museum. 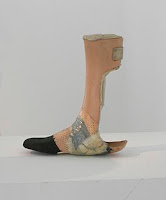 A war veteran from England with a prosthetic leg, fell in love with his physiotherapist, which did not last. His prosthetic leg is displayed with a note that it lasted longer as it was made of sturdier material.

A lady has contributed an axe which was used to smash every piece of furniture in the house after the heart break, 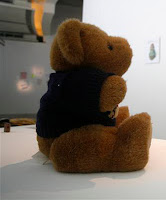 When the romance between a Malay lady and a Chinese man, who met is Singapore, broke up, a stuffed bear soft toy was all that remained of the relationship. The man called this toy as my Malay bear.

A small figurine of a small humanoid creature, known as Gnome and with smashed up face, is a witness to a stormy break up, as it was thrown at the husband trying to speed away. 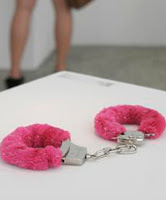 A pair of soft fluffy handcuffs (Only God knows for what purpose!)

Mr Grubisic, sums up saying that “Maybe sometime in your life you will want to remember some of the good parts of the relationship,” and says further that “They can move on,” but. “They also show there's something universal — We all have been brokenhearted at least once.”
How true!
14 February 2012
at 4:01 PM